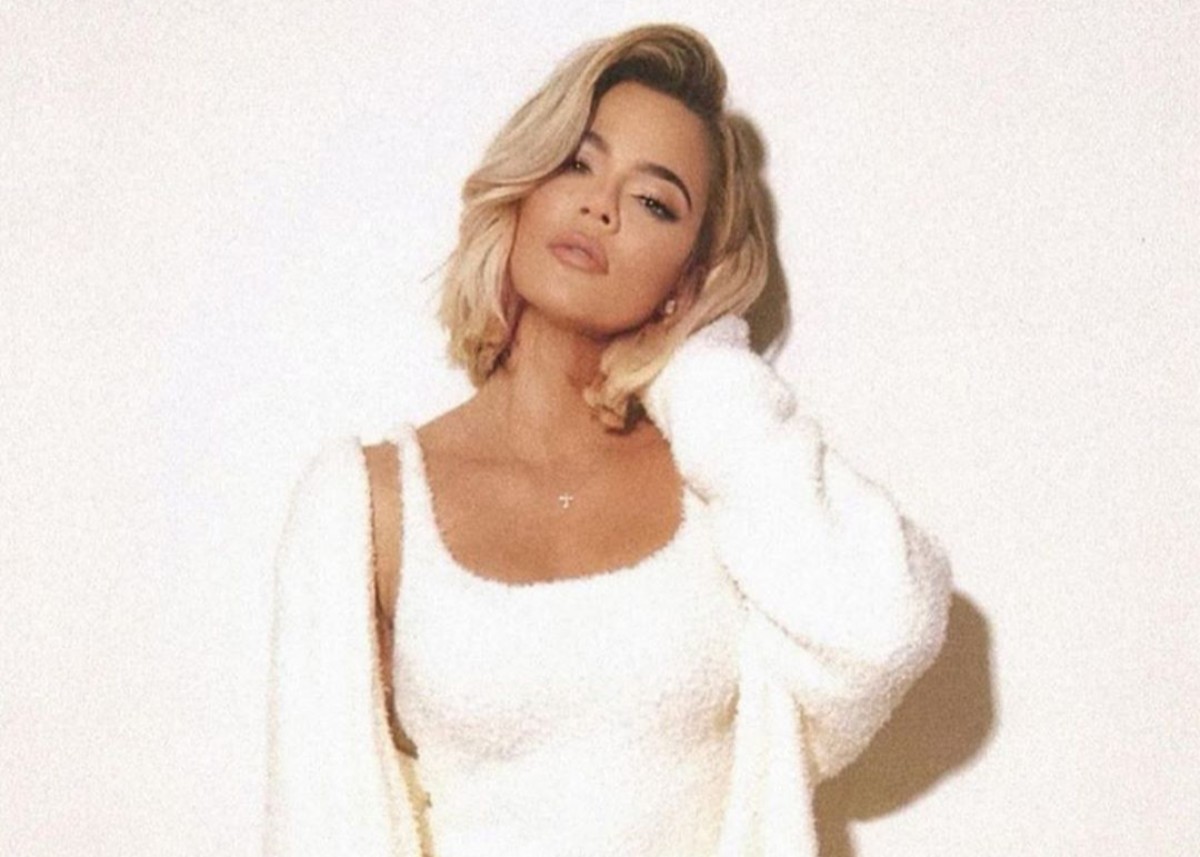 Has Khloe Kardashian cut her hair or is she simply wearing new wigs in the bob style? It’s unclear as Khloe and her famous siblings frequently change things up with hairpieces, but Khloe has been rocking a new, shorter classic bob style and has been photographed with it slick straight and also wavy. Celebrity hairstylist Andrew Fitzsimons is feeling the wave this holiday season as he recently styled Adriana Lima with a beautiful side part, and long waves reminiscent of old Hollywood glamor. Now, after Khloe wore the straight bob that was curled under to Diddy’s 50th birthday party, she did some promotional shots wearing Skim’s Cozy Collection with the wavy bob. The look is being praised by her fans who think the shorter length is more flattering for her face shape.

Khloe has also been wearing her locks platinum blonde and after returning to a brunette for the KKW Fragrance Diamonds campaign, many people suggested she permanently return to a brunette. It seems that Khloe is a big fan of the blonde hair and has seemingly kept the color longer than her sisters who have each been known to have their blonde moments.

You may see a photo of Khloe Kardashian’s hairstyle from Diddy’s 50th birthday party below.

✨Did someone say sparkle?!✨ I’m so in love with this suit ✨

The new photos of Khloe with the wavy bob are getting a lot of praise and show off Andrew Fitzsimons’ skills. He shared a message about the look and discussed his belief that there are plenty of styling choices available for those who opt for shorter lengths.

Andrew stated the following and shared a photo of Khloe modeling the wavier hairstyle as opposed to the straight look.

💋Glamour bob💋 Some people think that you have less styling options the shorter you go, but I disagree.. This style is somewhere between Marilyn, Veronica Lake and a modern bob, with a ton of texture.. It’s the season to go for it!! @KhloeKardashian #AndrewFitzsimonsHair @etienneortega

What do you think about Khloe Kardashian’s wavy hairstyle? Do you like the shorter length on Khloe? What do you like best—the straight bob or the Hollywood classic glam wavy bob?