Khloe Kardashian Bakes Tristan Thompson A Cake -- It Appears That The Exes Are Back Together From These Photos!

Well, that didn't last long. Khloe Kardashian baked her cheating baby daddy Tristan Thompson a cake and it seems that the exes are consciously recoupling.

Exhibit A comes from Khloe's own Instagram stories where she proudly shows off a loaf of bread that she made from scratch. Tristan, without naming who the baker was, displayed a delicious looking cake to his profile.

Exhibit B came a bit later where the KUWK star uploaded a photo of an Armenian recipe book captured by Gossipofthecity -- on the exact same countertop that Thompson's cake was displayed.

Tristan has been actively trying to win back the affections of his baby's mother since the highly publicized incident where he got caught creepin' with family friend Jordyn Woods. As Jordyn continues to be shunned by the clan, Tristan has appeared to sneak his way back in.

Last month, it was reported that Tristan gifted the reality star with a car that goes for six figures. Most recently, the basketball player has proudly left thirsty comments on the Kardashian sister's photos.

A source claims that the two are taking it slow.

'Khloe wants her family back, but she wants to make sure that Tristan is ready to commit before she goes public. She doesn't want any more embarrassment,' the insider told MTO.

This may not be surprising to those who have been following their romance from the beginning. 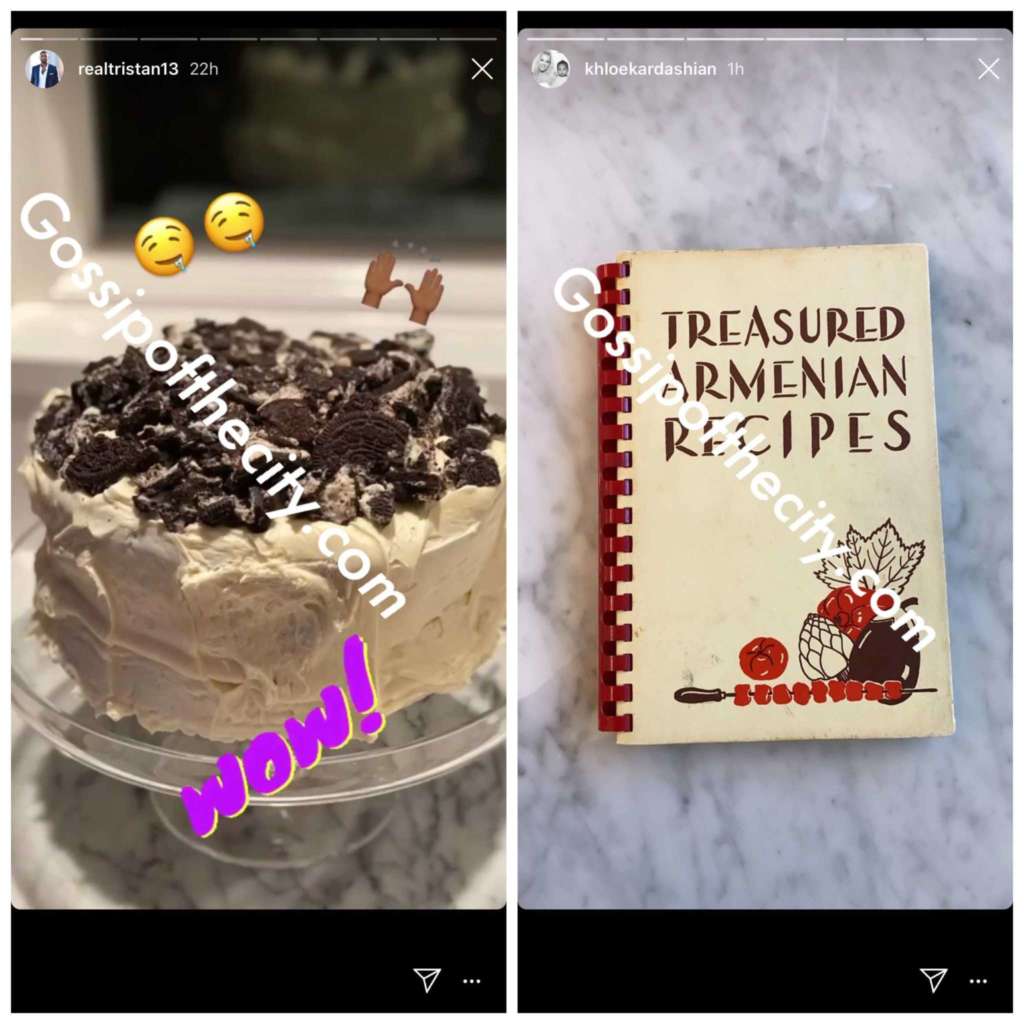 After being set up on a blind date with Tristan, Khloe chose to pursue a relationship with him although he had a baby on the way. Just two years after, the NBA baller cheated on Khloe throughout her entire pregnancy -- and was caught on camera smooching another woman just days before she was due to give birth.

However, the Good American owner continued to stay in her broken relationship for months after. The last straw was supposed to be the Jordyn Woods scandal, but Khloe may have had a change of heart.

Do you think these two are an item again?