Khloé Kardashian has decided to enter into self-quarantine with the one and only Tristan Thompson amid the coronavirus pandemic.

Recently, Kim Kardashian announced that she had not seen her sisters in almost two weeks because they are all in self-isolation.

A source spoke to Us Weekly and explained that Khloe is locked up in her California mansion with her baby daughter, True Thompson, and her baby daddy to protect themselves.

A source close to Khloé said this on the topic: "Khloé doesn't have bad or negative feelings toward Tristan at this point. Being quarantined has made her have a soft spot for him, and she knows he will always be part of her life in some way because he is True's dad. Khloé has been open and receptive toward Tristan."

The former couple, who started dating in late 2016, split after several cheating scandals, including the one where he was caught kissing Kylie Jenner's former best friend, Jordyn Woods, at a house party in 2019. However, since then, they have reunited for holidays and birthdays and have been flirting on social media.

Another source told Hollywood Life : "Tristan's Instagram compliments are only what the world sees. In real life, he comes on even stronger. He sends her flowers all the time. Her house is filled with flowers, and a lot of them are from Tristan. He sends her sweet texts and never stops telling her he wants her back. Khloe enjoys the attention, but she's still wary of him in that respect. She trusts him as a father for True, but, as far as getting back together at this point, she wants to keep things the way they are." 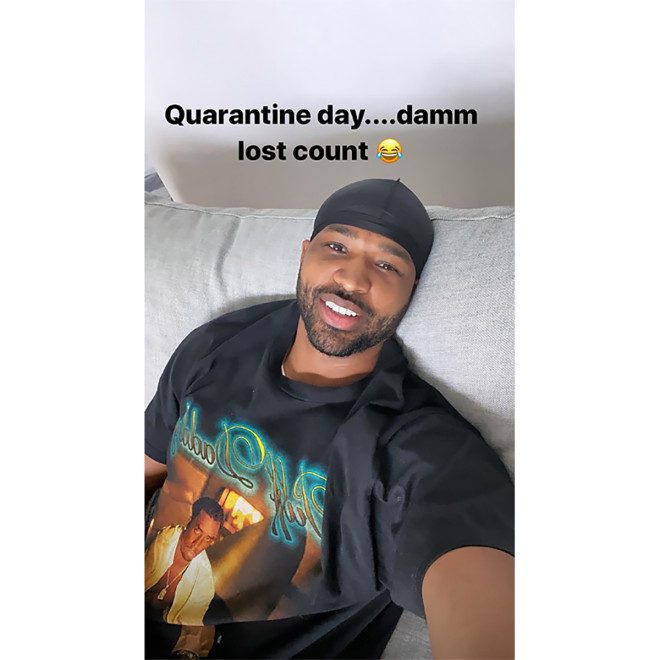 The insider continued: "Tristan wants Khloe back, and he will continue to flirt with Khloe in real life and also online constantly. He is really looking forward to being around her a lot more starting next month when his NBA season will be over."

The person concluded: "He is going to really try to be with True quite often this summer, which will mean he gets to be with Khloe too. He feels it will be a complete win-win, and he hopes to get Khloe back officially and then worry about signing onto a new team in July."

The former couple might get back together for real.

Rupert Grint Photographed Carrying His Little Daughter In His Arms On Set!

Miranda Cosgrove Gets Candid About Being Considered A Role Model For Kids While On iCarly - It Was 'Scary' And 'Challenging!'