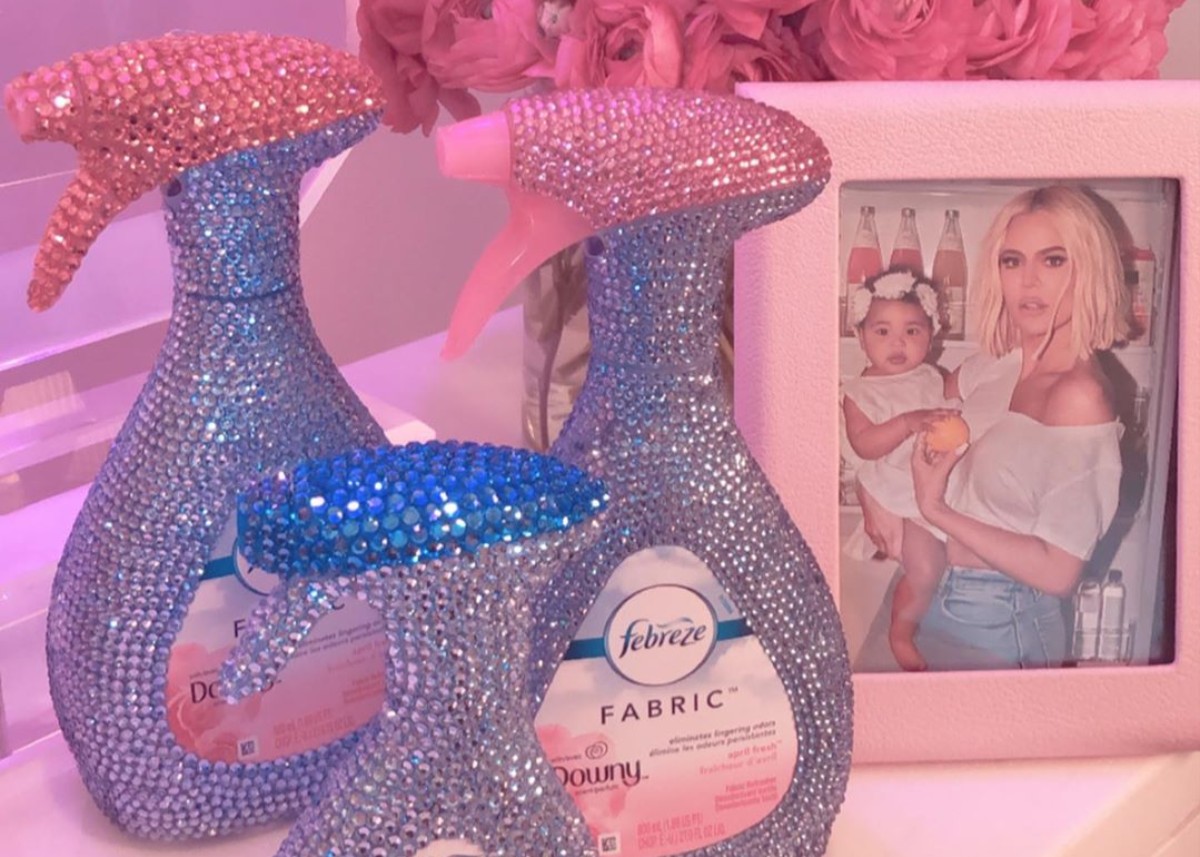 Khloe Kardashian is being trolled on social media after sharing several promoted posts for her partnership with Febreze. It all started on Wednesday when Khloe took a break from posting her typical fare, such as photos of her daughter True Thompson, deep reflective thoughts, pictures of the sky, roses, herself working out or even products from her Good American line and instead shared pictures of herself surrounded by Febreze bottles. And to make things even more troll-worthy, these weren’t just any Febreze bottles, but bedazzled bottles of Febreze that were decked out in glitzy glamour!

Social media wasn’t having it — not even when Kim Kardashian chimed in that she really needed a bottle of rhinestone-encrusted Febreze.

Khloe shared several photos and videos demonstrating how she uses Febreze on her bed when she wakes up pantless in the morning with her 105.5 million Instagram followers, but nothing stopped the trolling. You may see the caption Khloe shared along with the photos below.

🤍 the best ever 🤍 I’ve used @Febreze Fabric on my bed for years. Try it out and let me know what you think? 👑 #FebrezePartner forever! Buy my favorite scent at http://spr.ly/febrezeKbb

Kim Kardashian responded to Khloe with the following comment.

“I need the rhinestone bottle! You have been using this forever neat freak!”

🤍 the best ever 🤍 I've used @Febreze Fabric on my bed for years. Try it out and let me know what you think? 👑 #FebrezePartner forever! Buy my favorite scent at http://spr.ly/febrezeKbb

Social media users immediately responded with trolls, memes, and plenty of questions for the 35-year-old mother of one. Some wanted to know how much Febreze paid her for the posts and videos. Others remarked that they were laughing uncontrollably at the ad.

Still, there were people who asked how they too could get bedazzled Febreze bottles and some are offering to make them on Etsy!

Several people pointed out that Khloe has lost a lot of weight and looked flawless, but that the entire photoshoot and her video were so unbelievable they bordered on comical.

You may see the videos that Khloe Kardashian shared showing her bedazzled Febreze bottles in the video player below.

What do you think about Khloe Kardashian’s recent promotional post for Febreze? Do you agree with those who find the photos and videos ridiculous and even comical?

Do you want a rhinestone-encrusted bedazzled bottle of Febreze?