Kenya Moore shared a photo with one of her friends, Lauren Sanders, from the ’90s, and all people concentrate on were her eyebrows, as she said it herself that they were too think back then. Fans also ask to see her back on the RHOA show, threatening to stop watching if they don’t get their wish.

Kenya will not be returning to Real Housewives of Atlanta.

The Bravo hit is testing out new girls and has added an official peach or two.

Sources have been also claiming that since the Kenya incident, the cast has been on high alert because the network is making it clear that they can take peaches as quickly as they give them.

Anyway, Kenya doesn’t seem so disturbed by the situation; she’s probably too excited about her pregnancy.

‘#FBF 90s girl where are my eyebrows???!!!! ? me and @thereallaurensanders #detroitgirls #313’ she captioned her latest Instagram post.

‘Gurl those brows were fashionable back than? I had the same set?’ one of her fans said, and another follower posted ‘Chile you know thin eyebrows were the thing back then, I ask myself every time I see old photos what was I thinking… ???’

Someone else also gushed over Kenya, telling her ‘Dear @thekenyamoore I am living in London but I am originally from France I just wanted to say that you touch everyone with your story and your life regardless of borders race or religion. I think you are a great role model and I want you to understand that there are so many people out there looking up to you and know that we see through the haters. You are amazing and I really love you ❤’

‘Kenya you are everything and RHOA is NOTHING without you! #teamtwirl since day 1 ❤️’ another fan supported Kenya and doesn’t seem to love the show anymore without her in it. 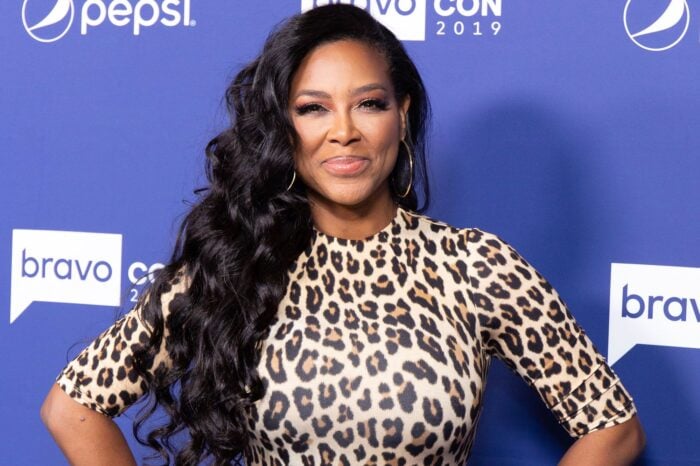