Do not mess with Kenya Moore or she will make you understand why she was given the nickname Clap-Back Queen.

Since last Sunday’s episode of the Real Housewives of Atlanta, Kenya caused chaos on social media after she talked about drinking alcohol.

Nene Leakes, who was startled by the remark, was quick to ask Marc Daly’s wife is not she pregnant?

Kenya, who is expecting her first child later this year, is already facing a Beyonce situation — many are saying that she hired a surrogate and the cocktail joke only added fuel to the flames.

Via her blog, Kenya hit back by writing: “On another note, I joked about asking for a cocktail during the filming. Obviously, it was just a joke, as there is never any kind alcohol being served at the reunion shows. It is disconcerting to see people doubting my pregnancy as a result of a silly comment. People really should examine themselves to determine why they are so hateful, cruel, and ignorant. I’m so blessed to be a 47-year-old woman finally having the family I have always dreamed of.”

She concluded by: “Thank you to all the people who wish us well. I’ll continue to pray for the rest.”

One fan told the businesswoman: “Looking very #elegant and confident Kenya. Love how you dominated and became one of the #powerhouses on AHW.. been a fan since the first twirl..I love that you tell Kim like it is. What reality does she live in? I am seriously over her, I used to like her but something happened, and she became ENTITLED.”

Another commenter claimed: “She is not having a baby…well maybe somebody is for her, but I really feel she is not. ‘m sure she is gonna show all of on season 11 of the housewives.”

A third fan stated: “Beauty is the name God gave her. We adore you Kenya…. Blessings Love and light Queen of Shade, Intellect, Beauty, and Clapbacks!!!! I love kids.Talking about her children was a very low blow, that was very inappropriate. I just wanted to say that you looked stunning @thekenyamoore on the reunion show. Congratulations on your pregnancy. I pray that you have a happy and safe pregnancy. I also love the way you keep what’s special sacred and away from the show. Who cares what the gender is. A healthy baby is more important. she already said she was not using a surrogate and is not adopting.”

It is believed that she is having a baby girl later this year. 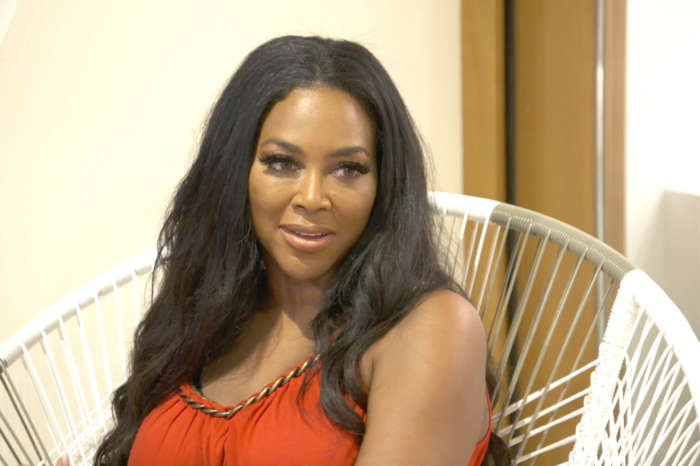 Is Rihanna Really Planning On Moving To Paris To Be Closer To Her Boyfriend Jameel? - The Truth!