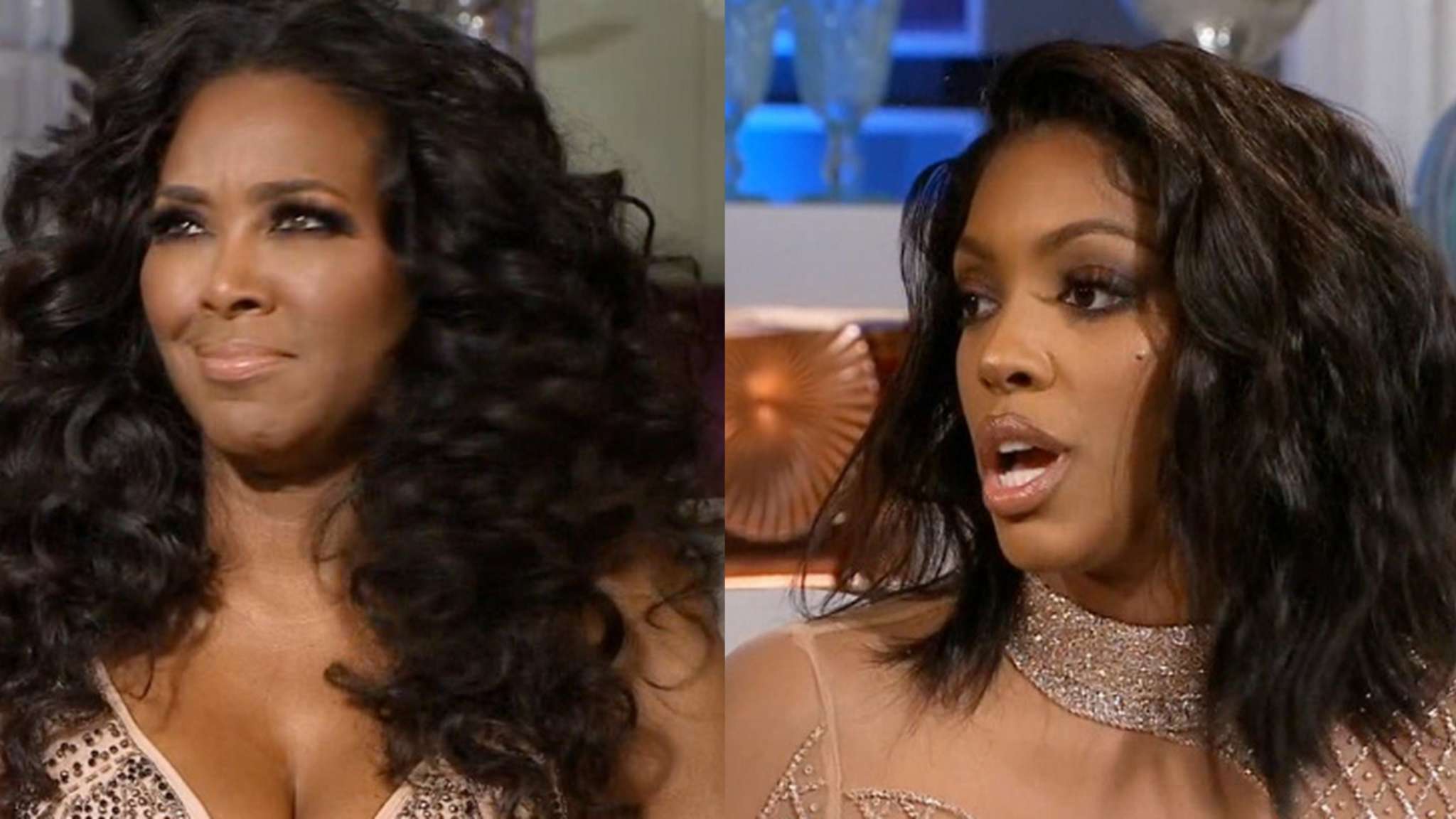 The ladies of Real Housewives of Atlanta know how to put on a show even in the strangest of times. As snippets from the virtual reunion are released, viewers are anticipating this sit down now more than ever.

This season, Nene Leakes tried to make amends with all of the girls and for the most part — she did (with the exception of Kenya Moore). However, she is back on the outs with a few of the girls.

It seems as though Porsha Williams is the only cast member that is still on Nene’s good side.

Kandi Burruss and Kenya were shocked by the friends reuniting because they had trashed each other for months before deciding to let bygones be bygones. During the RHOA after show, Kandi and Kenya claimed that they have receipts that Porsha was the main girl who didn’t want anything to do with Leakes.

#Swipe Ohhhhh you got Receipts about my friendship… “No problem” cutie pie #CheckMate 🤸🏾‍♀️Y’all #Rhoa reunion was 🔥 and these girls read for filthhhhh💀😂 May 10th can’t come fast enough! Oh and I’m back on twitter so I’ll be live tweeting 🙌🏾Yay😘

Moore also took to Twitter following the episode to say that she will be exposing these ‘fake friendships’ that viewers see on screen.

‘RHOA Season 12 Reunion will be EPIC! The #TRUTH about all these #FAKE friendships will be exposed. Secrets have been kept way too long. All the snake’s heads will be cut off. My receipts are ready. #RHOA ##RHOASeason12Reunion.’

In a clip shared by Bravo, Porsha has receipts of her own.

It turns out, Kenya may not be the friend that Cynthia Bailey thinks that she is.

Kenya and Porsha had a good on-screen relationship that lasted all of two minutes before the girls went back to fighting.

Kenya has feuded with almost everyone except Kandi and Cynthia which makes it even more surprising to see the preview that has Williams telling Bailey that Moore is not a real friend.

Porsha is told by Andy Cohen to send the screenshots to which she responds: ‘No problem.’

Viewers will have to wait to see what nasty things Kenya allegedly said to Porsha about Cynthia when they were on good terms. What do you think the receipts will show? 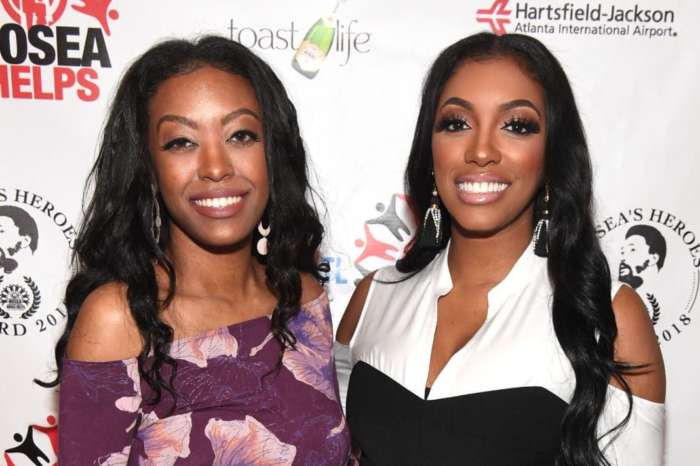 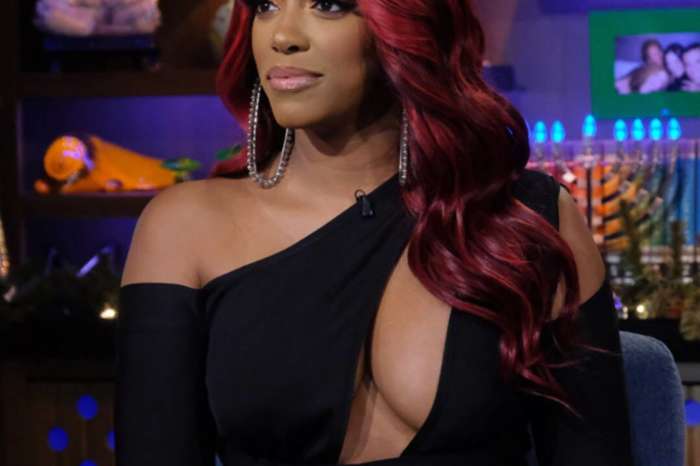 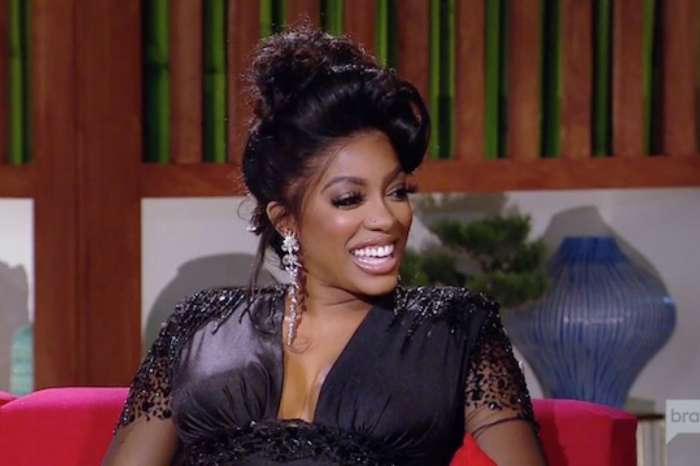 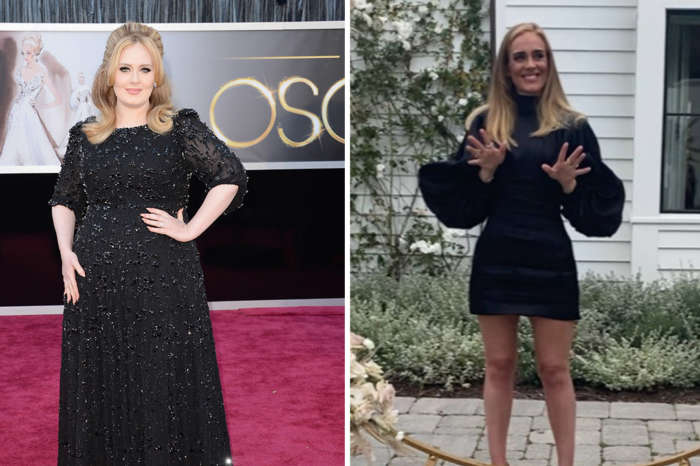 NeNe needs to sit down. She doesn’t own Bravo. For as Porsha she need to understand that Eva was trying to say that her baby look so much like Dennis, that’s why she said Dennis with a bow. She wasn’t talking about baby P.J. in a bad way.

Why they have Porsha as beautiful and smart?, she’s so stupid I love Kenya she’s beatyful and classic she’s the only one that have a nice personality.

Say what you want to say. RHOA has all of your panties in a roar. It’s called entertainment. It’s freak’n TV. Dam, what part of that don’t you all understand..I will keep watching RHOA as long as they’re on TV. Because I know the difference between entertainment TV and REAL LIFE.

And another thing, I can’t stand the fact that Kenya Moore is on the show. Everyone deserves to be on the show except for Kenya. She’s a phoney messy GIRL with a twisted belief that she’s fabulous.

Girl, What are you smoking? Open your eyes, yes she has nice hair and that’s about it. The lady do have some serious issues and that’s why I think Bravo need to bring Phadrea back so she could give her a come to Jesus reality check.
And if Kandi wants to leave LET HER GO!

Cynthia should leave Kenya alone she is isn’t her friend. First she tried to ruin her engagement. Second she tried to insuiate Cynthia doesn’t know anything about wine. Third she tried to say she invited the cookie lady to start drama. Cynthia, wake up Kenya is jealous of you and Nene, she wants yall life. Remember how she treated Kim Fields. Kim was so nice to her and Kenya was acting like trash. Everyone knows Kim has been on tv since she was a kid but Kenya was comparing herself with a legend. Kenya needs to see a counselor she has alot of issues. I want to see Phaedra back on the show, she knows how to read Kenya

NeNe will always be Queen so cra-cra Kenya can sit down and stop hating on NeNe cause she don’t want none of that..and Kenya steals give Vivica Fox cell back send Crazy Kenya to get some serious mental health from a professional out of Ga.for real It’s her not her husband she just wanted a baby and man temporary to secure a place on show and to raise her money amount .her motherly love is not there she using that poor baby as a prop for show kenya know that’s NOT ALL HER HAIR .and please go take that ugly cheap gorilla booty off your body .replace her with Phaedra great mom smart classy flawless makeup and Boss clothes smart as a whip . Cynthia needs to go marry her man and mack sure she watch out for her daughter she’s not that grown yet Kandi and today will be fine if she get her best friend from under her husband she after that real bad if it hasn’t already happened Kandi to in love with she claim money .but lied to Tiny she couldn’t travel with the group cause of family .now allowed her assistant manager to keep sending her away from her man . She stupid. Little crybaby he’s to much of a man for her she still boyish and need singing lessons now.Porsha is gorgeous and dress stunning I will be glad when they get married she’s a wonderful mommy she’s smarter than they think business mind.BUT THEY ARE NOT THE WORST REAL HOUSE WIVES.They love each other it’s just a powerful love with strong attitudes for life .

Kenya is beautiful, funny, witty, sweet and she can hold her own against any of them, especially Hehe. Hehe and Porshia deserve each others friendship…their both two-faced liars and so jealous of Kenya.

My question for Kenya is why do you need a nanny. The baby spends more time with the nanny. Phaedra has two boys and juggles all her career moves with no nanny and yes she is a southern bell. You should be able to handle Brooklyn she is a good baby but I think Kenya doesn’t spend enough time with the child. Usually the first child gets all of the mother’s attention and affection and from what I see on the show, it doesn’t exist.

Phaedra does not raise her boys. At least she did not while on the show. Her mother raised them. They came over for filming then back to Regina’s house. Phaedra sleep to noon or later. Don’t believe the fakery!

Really….I don’t think Kenya has nothing that anyone else want, definitely not her nasty attitude. She keep that up she will have her daughter packing up to go live with Marc.

Please stop lying to Porsha she is very immature need other people to be whole. Porsha drinking hennessy on job rhoa reunion on lying on Kenya to please Nene she lied on Kandi to please Phaedra stop letting Porsha lie to you all she just talk nonsense and make faces waste of bravo money she not a good friend to shamea kandi is mind dennis business and your child looking exactly like him with a bow. Stop putting makeup on pj because of your own insecurities. Andy already said you lied about Kenya sending you nasty text about Cynthia when its about eva stupid. Waste of camera time lies lies lies just stop Kenya is real queen you trying to be sis

I think RHOA is by far the absolute worst reality show ever. Time out! The general public for the most part is fed up with the show. Especially due the the cast being women of color. Bravo has turned Nene into an ANIMAL!!! A contagious one at that. Please remove the crown before she loses her MIND!!!

I just think that all the lady need Jesus..bcos the make us black women l look stupid on the show…God didn’t give them their talent to use it that way…I don’t have to say anything bad about them..they doing a good job..I pray one day that all black women would come together and Thsnk God and show him some praise..and stop acting that way..they are not kids anymore..my child ask me could she watch that show RHOA and I said no it not good for you..they act younger then you

It’s time for new ladies on RHOA.
Kandi needs to not come back next season she
causes to many
Tea problems and K. Moore has been in trouble with everyone there’s no good story line for her or Kandi she not at home with her children or husband so why is she even on the show. She used to be good on the show but not now. Cynthia needs to leave also Moore is not her friend and Cynthia is to dumb to see the light. She was better off around Nee Nee😊

Kenya is a friend to NO ONE!!! I know that Cynthia knows that. But, she has to pay for Bailey Lake and The Bailey Agency and Bailey Wines. Therefore, she has to have a storyline. Establishing a relationship with Nene’s No. 1 nemesis is job security. Also, Kenya is really beautiful (like Cynthia). Cynthia would rather be seen with someone nasty and beautiful (Kenya) than a nasty Moose (Nene). It was already proven that Nene was done with Cynthia, so having Nene as an ally was not possible for Cynthia. Cynthia had no choice but to befriend psycho Kenya. Kenya is incapable of love, loyalty and friendship.

😆😆😆😆. Too bad Cythina wants believe it, she used to be so far up Nene’s, but with Kenya she in definitely way far up there. Cythina you have no friends girl, just accept that you were made a bigger fool by Kenya

After all these years, this has become the WORST group of “friends” I’ve seen in years! They are all disappointing in their own way! Down right MEAN! I WILL take Kandi over all of them! They aughta be ashamed! They’ve always been btchy, but funny. Now, just plain bitchy. Not even sure I can watch anymore. Put your knives away! Sad…. Regroup. Friends like you, who needs enemies?..