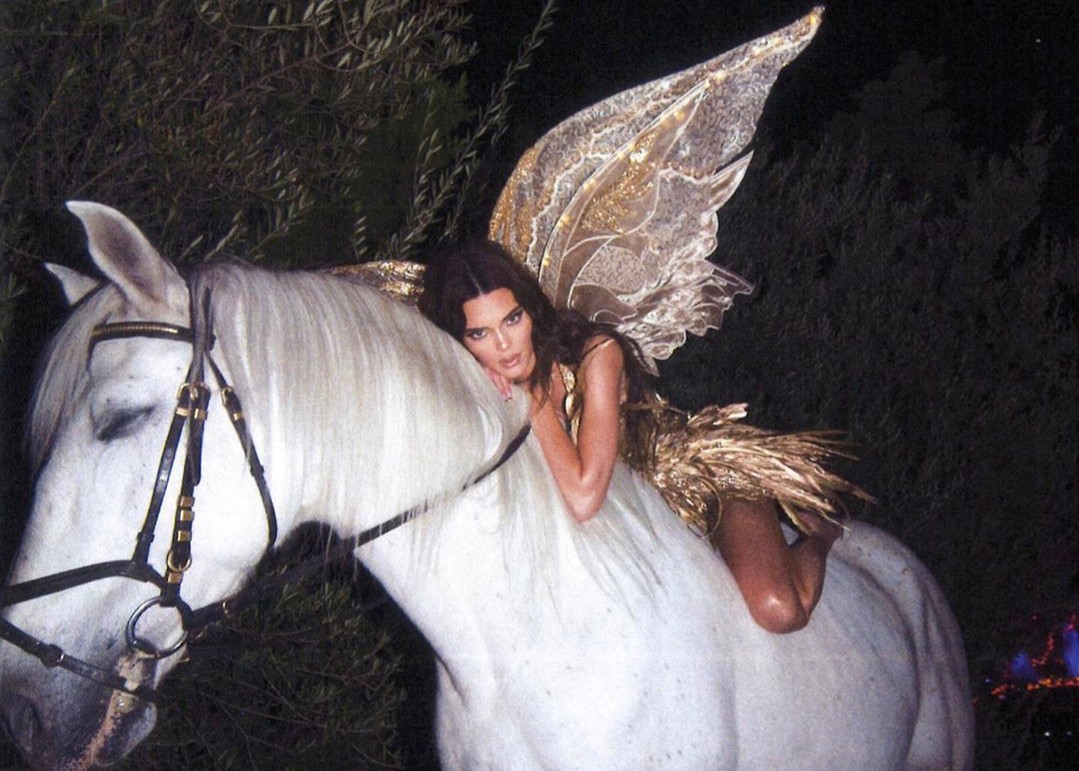 Kendall Jenner was a gorgeous fairy for Halloween who glittered in gold lame and though she is getting plenty of praise for her beautiful costume, she’s also being slammed by animal rights activists. Kendall completed her outfit and costume by posing with two beautiful white horses and some of the photos captured of her kneeling on top of one of them has sparked controversy.

People aren’t having Kendall using living animals as props for her photoshoot and some are suggesting that Kendall’s “bony knees” dug into the horse’s back causing pain. Renowned celebrity photographer Amber Asaly shot the photos that by most standards are magnificent. But for many, the use of the horses and Kendall opting to kneel on the horse’s back rather than ride the horse in the traditional fashion is stirring controversy.

Kendall Jenner shared multiple photos from the shoot with Asaly on her official Instagram account, where she has more than 118 million followers. You may see the first set of photos that show Kendall kneeling on the horse below.

Some people who have ridden horses for years suggested that horses are strong, sturdy creatures and Kendall kneeling on the horse in that matter wouldn’t cause pain or inflict injury on the creature therefor the controversy is misplaced. They pointed out that there are real cases of animal abuse and Kendall Jenner posing on a horse, even kneeling on a horse, is not abusive and could not injure or hurt the animal.

Others disagreed and said they felt Kendall Jenner showed disrespect and didn’t care if her knees hurt the horse and that she used the horse as a photo prop and not a living being.

Though many said the horse wouldn’t have been in pain, others said Kendall Jenner’s bony knees left dents or imprints in the horse’s back. This hasn’t been verified.

What do you think about the drama? Do you think Kendall Jenner did something wrong by posing with the horse or do you think the Internet is overreacting? 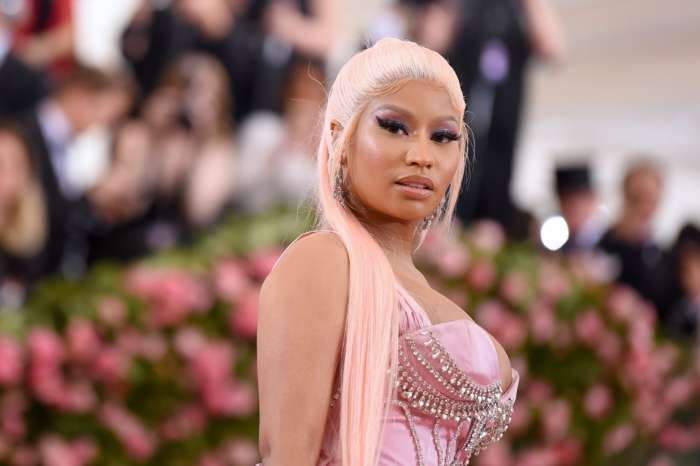