Kendall Jenner Compared To A Barbie Doll In Latest Photos — Photoshopped To Look Like Plastic?

Kendall Jenner is being compared to a Barbie doll in her latest photo and now she's being accused of a major photoshop fail. Fans couldn't help but notice she looked similar to the famous doll. The photos were for a Valentine's Day, Skims campaign Kendall shot with her sisters Kylie Jenner and Kim Kardashian . The trio wore the Skims Fits Everybody Micro Thong and matching Everybody Straight Neck Underwire Bra in the color poppy, but Kendall's figure looked a little too perfect, prompting people to accuse her of photoshopping the pictures.

The micro thong was so small that it revealed Kendall's completely flat and flawless torso and fans accused her of having unnatural proportions. One photo drew commentary as it was a mirror shot and some thought Kendall looked like a Barbie doll in a box.

You may see two of the photos Kendall Jenner posted where people compared her body to a Barbie doll below. 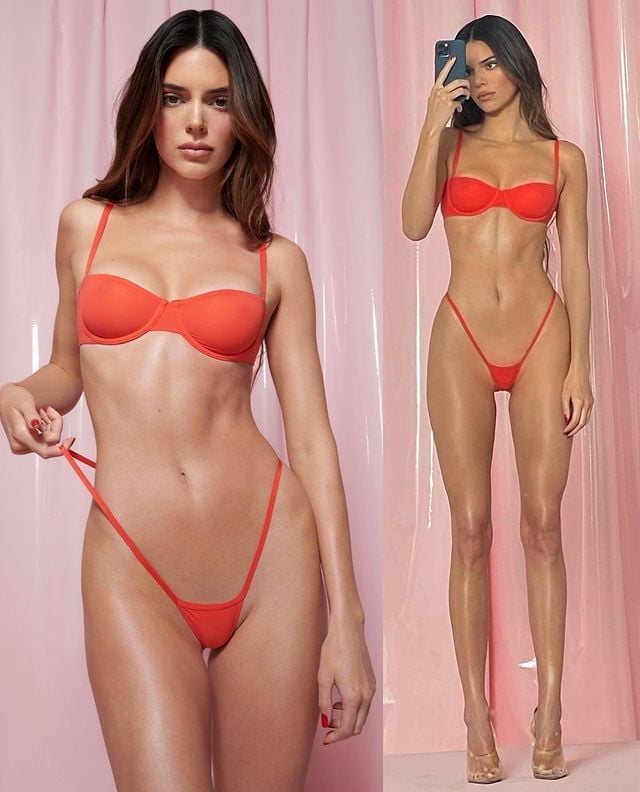 The Instagram site Problematic Fame specifically addressed the issues with Kendall's photo and pointed out specific points that showed Kendall was photoshopping her pictures.

RELATED: KUWK: Kendall Jenner Hints She Might Want To 'Start A Family' While Playing With Kimye's Sons - Check Out The Cute Pics!

Another Instagram user suggested that Kendall Jenner's arms and legs bent unusually and she described the photo as unnatural.

You may see one photo that Problematic Fame shared below. 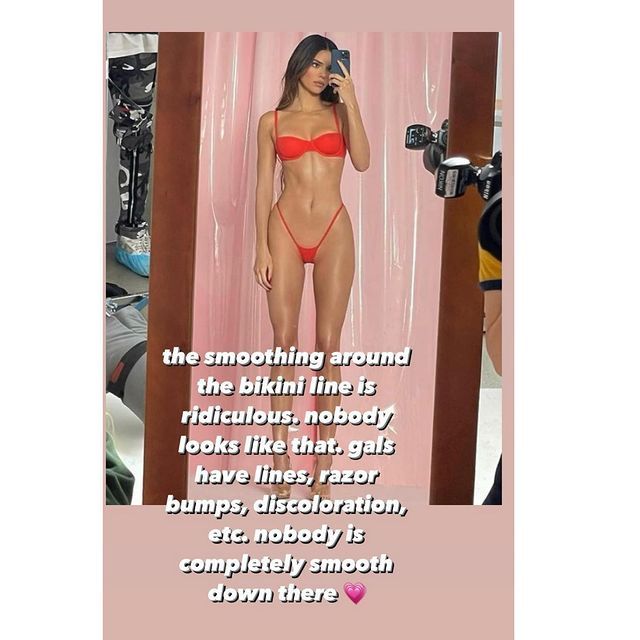 No one is arguing that Kendall Jenner is gorgeous and one of the most beautiful women in the world, but many feel that she isn't being honest about her actual body. Some say that Kendall Jenner's body is too perfect, and she doesn't have one flaw on her skin.

Here is another photo that Kendall Jenner posted from the shoot where she again looked flawless.

What do you think about Kendall Jenner's body and the photos that she posted? Do you think her body looks too perfect? Does she look like a Barbie doll to you? Do you agree with those who say that Kendall Jenner is guilty of a major photoshop fail?