Kellyanne Conway Is Gorgeous After Glow-Up — Did She Have Plastic Surgery? 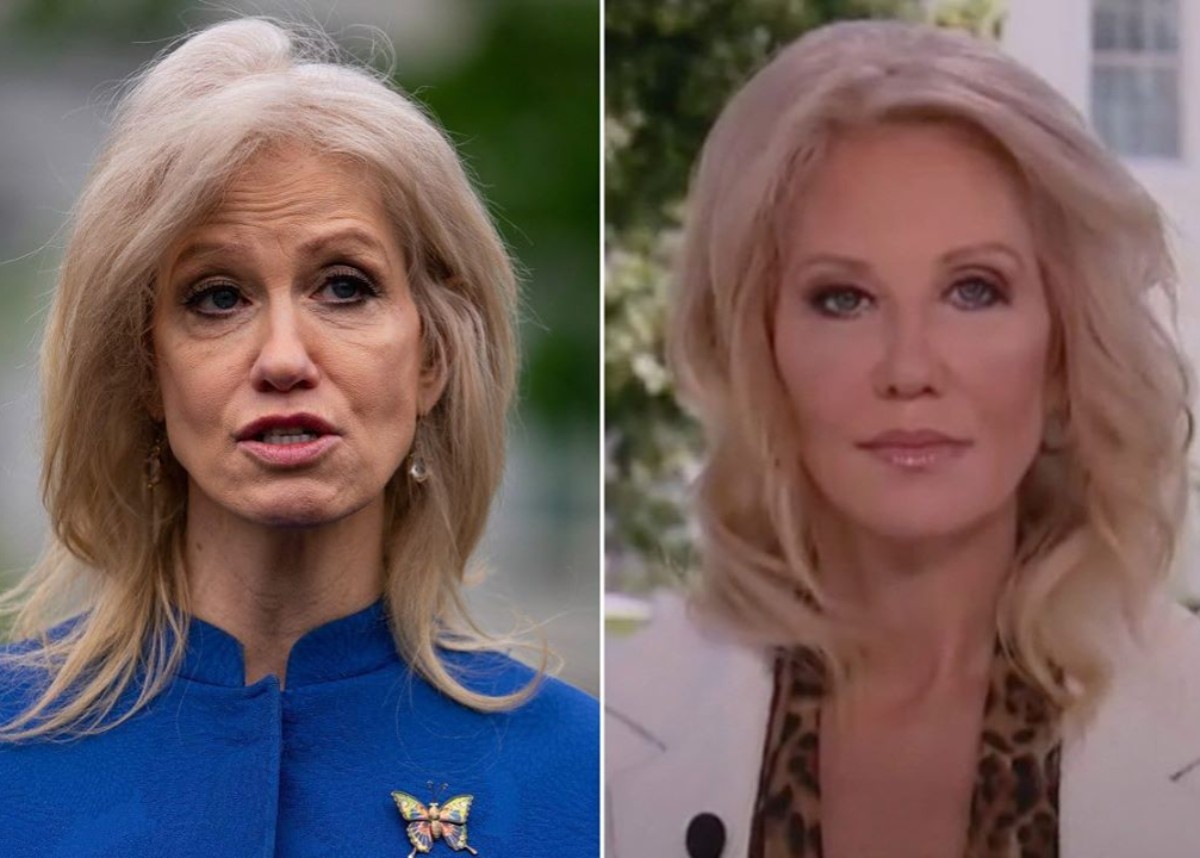 Kellyanne Conway is going viral on Thursday after the 53-year-old advisor to President Trump appeared on Fox News with an entirely new look. Kellyanne looked gorgeous and social media blew up with people asking if she had plastic surgery or if the new look was the result of botox and fillers. At this point, Kellyanne hasn’t spoken out about her drastic change and hasn’t discussed what procedures she underwent to give herself the glow up.  Kellyanne’s new look took years off the political consultant and now she looks like a blonde bombshell!  Even Kellyanne’s makeup looked glamorous when she appeared on Fox News and her face was flawless, fuller, and wrinkle-free.

Kellyanne previously looks ad though she was aging prematurely. At 53-years-old, she had noticeable lines on her forehead, her jowls were pronounced, and her eyes had dark circles and crows feet. Though Kellyanne is known for her quick wit and intelligence first, there is no question that she has just revitalized her image with the glow up.

Kellyanne looks like an actress and some are saying that after she’s done with politics she may find herself in front of the camera in a different way. Others pointed out that some people have been cruel to Kellyanne Conway in the past, due to her looks, and they accused others of actually bullying Kellyanne into having plastic surgery done.

While many celebrities undergo cosmetic procedures to disastrous results, Kellyanne is one of the best cases of cosmetic procedures done correctly. Though the jury is still out on whether Kellyanne underwent fillers, botox, plastic surgery, or a combination of all three, whatever she is doing it is working for her — including her more voluminous hairstyle!

You may see a video featuring Kellyanne Conway speaking on Fox News with her new face and new look in the player below.

Counselor to the President @KellyannePolls on all that President @realDonaldTrump is doing to fight for and protect America's seniors including total protection of Medicare & Social Security! pic.twitter.com/nVFJAlJFLx

You may see a side-by-side comparison of Kellyanne Conway before and after. Is the political consultant launching a career in Hollywood once President Donald Trump is out of office?

What do you think about Kellyanne Conway’s transformation? Are you a fan of her new look? Do you think she looks gorgeous?

Did Sofia Richie Get Lip Injections?