Kelly Dodd Wishes Vicki Gunvalson & Tamra Judge ‘The Best’ After Their RHOC Exit, But She Doesn’t Miss Them At All 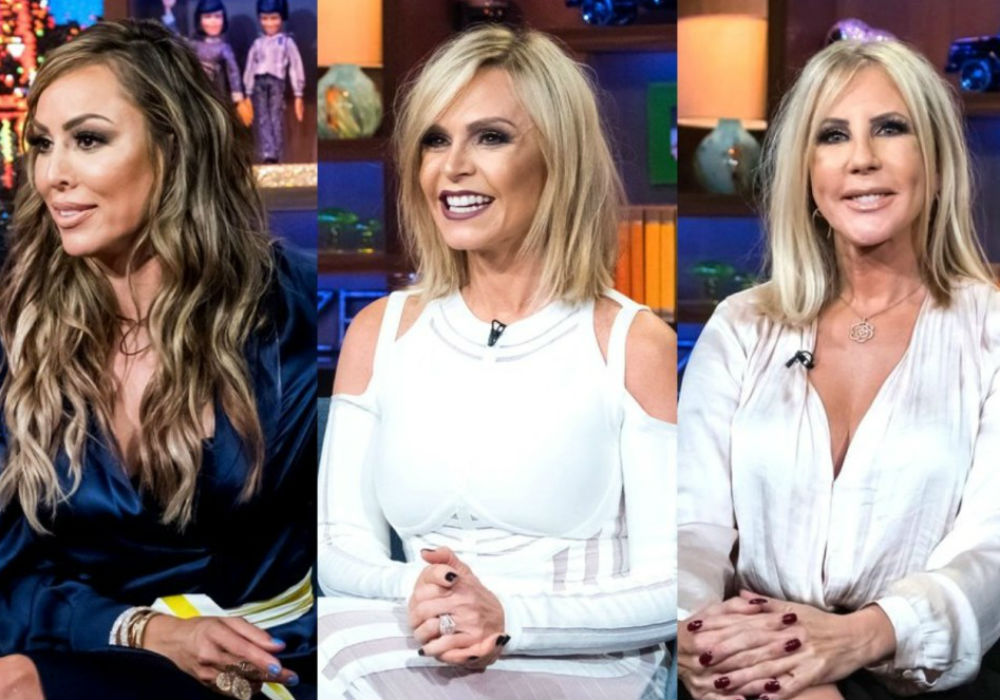 Real Housewives of Orange County star Kelly Dodd is not upset about the departure of Vicki Gunvalson and Tamra Judge. She says that she isn’t missing the duo, but she does “wish the best for them.”

While promoting her Positive Beverage company’s latest charity initiative, October 365, Dodd told Us Weekly that it’s “actually a relief” that Judge and Gunvalson are gone.

“It’s actually a relief. It’s actually really fun and enjoyable and [we’re] not walking on eggshells. It’s going to be a lighter, more fun, not as toxic show,” explained Dodd. “They’re not my friends. I wish them and their families the best.”

The 44-year-old says she never runs into Gunvalson or Judge because they don’t live in Newport Beach and they don’t run in the same social circles, and they aren’t really on her radar anymore. Dodd is focusing on her relationship with Fox News correspondent Rick Leventhal and their upcoming wedding.

Dodd says she has been so busy with RHOC, her business, Leventhal, and her daughter Jodie, that she hasn’t had time to do anything else. Dodd has also been going through a move, which has been “overwhelming.” She added that she finally hired an assistant – which was something she needed to do a long time ago.

Dodd had even more to say about Gunvalson and Judge when she spoke with TooFab at the event.

However, after that comment, Dodd added once again that she wishes both Gunvalson and Judge a “great life.”

Both Tamra Judge and Vicki Gunvalson announced in January that they were exiting RHOC after 12 seasons and 14 seasons, respectively. Gunvalson has moved on to her new podcast Whoop It Up with Vicki, and the duo is also shooting a new reality show.