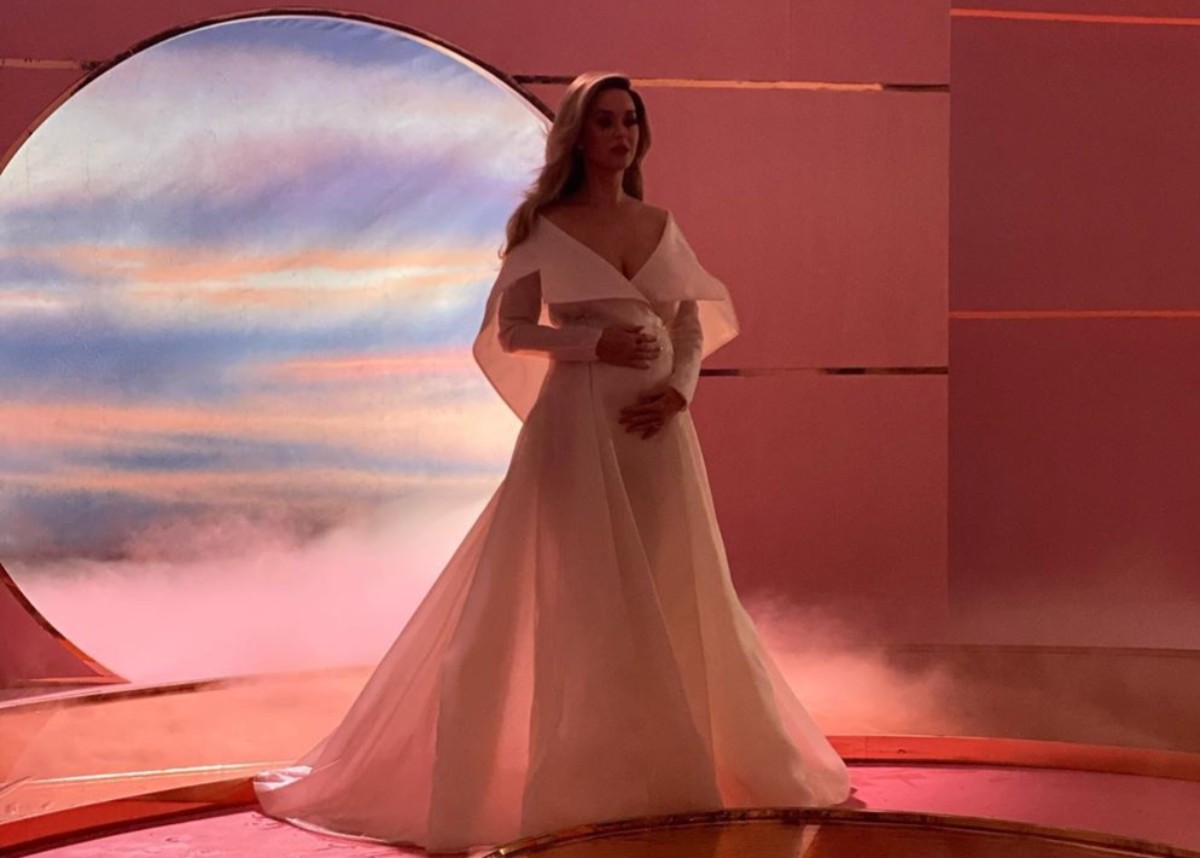 Katy Perry was gorgeous in her new video “Never Worn White” but more than her song, was the fact that the video served as what may go down in history as the best pregnancy reveal of all time. The 13-time Grammy nominee didn’t officially say, “I’m pregnant” or follow others and leak it on social media. Instead, she played off some iconic moments (such as paying homage to Beyonce’s reveal) and ended her video with a peek at her pregnant belly. Katy Perry’s baby bump went viral and people freaked out. Still, some weren’t sure if they should believe that Katy was actually revealing her pregnancy and many thought she may have used some sort of prosthetic to appear pregnant. She later went to her Instagram stories and made it clear for those who were skeptical that she was, in fact, pregnant.

Katy wore a white gown from Alexis Mabille and she looked like a glowing bride. You may see a video of Katy Perry wearing the white, satin gown below.

Jamie Mizrahi (Sweet Baby Jamie) styled Katy for the video and she shared additional photos from the shoot, including some behind-the-scenes shots.

In the photo below, Katy’s face is obscured from view, but you can see her long hair is and the white gown that she wore. Also carefully hidden from view in the picture is Katy’s most-watched baby bump.

Jamie also shared a full-length photo of Katy in the white organza gown in a dreamy scene of pink walls with a large circular window with a sunset view. It ‘s clear that Katy’s video and the song is more than just an opportunity for an epic pregnancy reveal but a declaration of her love for Orlando Bloom. Katy hasn’t announced her due date yet but it is believed she will have the baby this summer and is in her second trimester.

You may see the photo that Katy Perry’s stylist shared below.

What do you think about Katy Perry’s Alexis Mabille dress that she wore in the “Never Worn White” video?

Congratulations to Katy Perry and Orlando Bloom for the upcoming arrival of their baby.