Katy Perry is keeping it real and showing her fans what her body looks like less than a week after giving birth to her daughter with Orlando Bloom , Daisy Dove Bloom . Katy has kept some of the details regarding her birth private, but she certainly is dispelling false notions that celebrities give birth and immediately become a size zero. It's a realness that Katy Perry displays in her life that endears her to her fans. She's spoken openly about her struggles with anxiety and depression, has revealed that many of her songs are written as forms of therapy, and opened up about her pregnancy woes.

Now she is showing women around the world what she looks like so shortly after giving birth and she chose to do it in a humorous way.

Sunday, August 30, 2020, was the MTV VMA's. Katy Perry's video "Harleys in Hawaii" was nominated for the best cinematographer and Arnau Valls was up for the award. The winner went to Thomas Kaloss for Lady Gaga's and Ariana Grande's big winner "Rain on Me."

She addressed the photo as if she were preparing herself for a glamourous evening at the VMA's. She broke down the items she wore along with her hair and makeup and gave credit to where they were due.

For her hair and makeup, Katy Perry credited exhaustion. Her nursing bra is from Medela US (yes, Katy Perry is breastfeeding her baby Daisy) and her post-partum undies are from Frida Mom.

Katy Perry shared the photo on her official Instagram story, where she has 105 million followers. You may see it below. 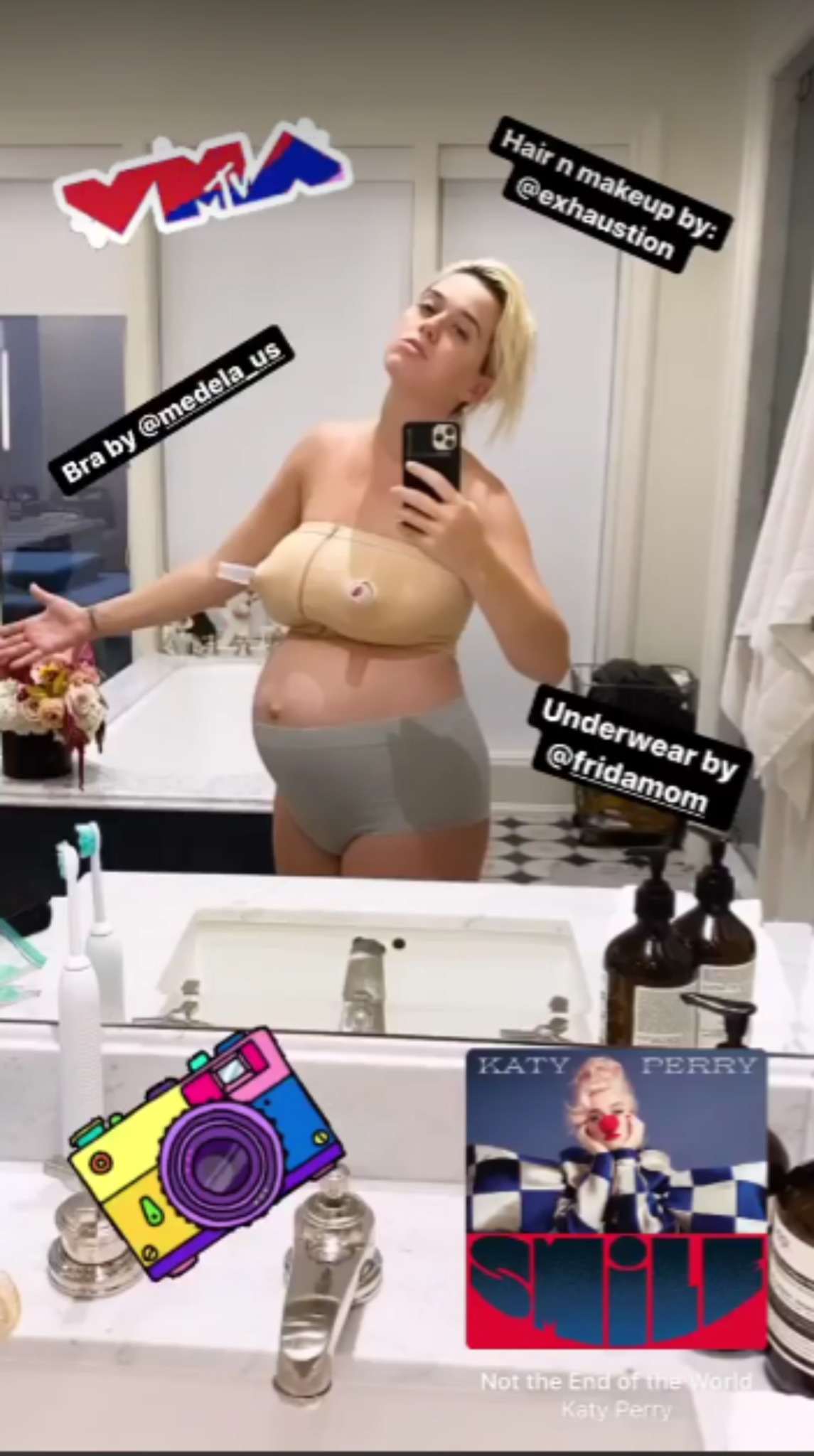 What do you think about Katy Perry's photo and her willingness to show off her post-partum baby body?

Nick Cannon, Father of 7, Understands Elon Musk's Struggle, Who Is A Father Of 10