It seems that it may have only take dinner and a makeout session for Katy Perry to know that she is ready for a relationship with Robert Pattinson. Did the longtime friends have a romantic date last week and make things official?

According to Hollywood Life, Perry is still in Pattinson’s friend zone, but she is ready for more.

“Katy and Rob have been great friends for a long time and they have both considered at different times to become a couple, but timing was never on their sides,” revealed an insider.

The source went on to say that Pattinson is scared about getting into a relationship with Perry because it could complicate things, and he could lose a life-long friendship if they break up.

A Twitter user took two pictures of Perry and Pattinson while they dined with two other friends at Taix French Restaurant last weekend, and an eyewitness says that the actor and singer were flirty with each other – with tons of tickling and touching.

Some reports even claim that Perry and Pattinson kissed at one point during the evening.

But, the photos and the tabloid reports of the evening don’t quite match.

In one photo, Perry is holding her phone up to her ear while Pattinson looks at her and smiles, and in the other, they are sitting across from one another and looking at one of their friends.

The two aren’t sitting close to one another in either pic, there is no physical contact at all, and they don’t seem to be having any kind of a romantic dinner. Could this all just be fan fiction?

Other insiders are reporting that the claims of a flirty dinner and kissing are completely untrue. The two were part of a group out for dinner, but it was not a date and there was no making out.

One of Perry’s reps blasted the makeout claims, making it clear that it never happened, and the Dark Horse singer and Twilight actor are nothing more than friends.

The insiders went on to say that claims of Pattinson “majorly crushing” on Perry are also false.

This is all just the latest attempt at manufacturing a fake news story based off a couple of fan pics on social media.

It is true that both Robert Pattinson and Katy Perry are currently single. The actor recently ended his engagement with his girlfriend of three years, FKA Twigs, and Perry split from Orlando Bloom a few months ago after one year together. 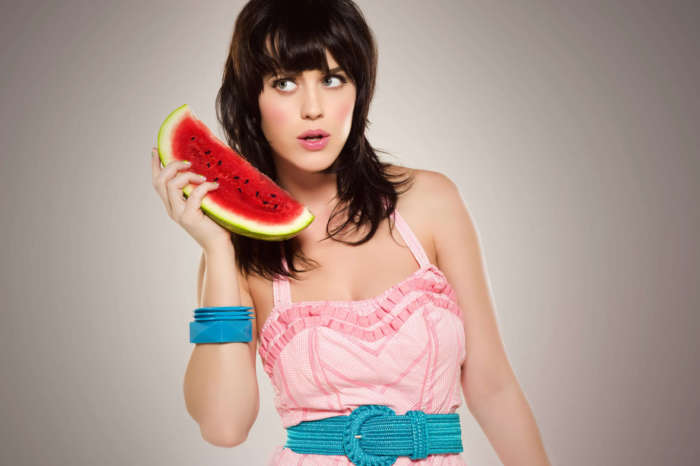 Angelina Jolie Urges NATO To Focus On Violence Against Women