Her baby comes first! According to new rumors that hit the Web, Katie Holmes, the former wife of Tom Cruise, will end her romance with Jamie Foxx in a blink of an eye if he ever came between her and her daughter, Suri.

All seems to be going well between Miss Holmes and R&B singer and Oscar-winning actor Foxx, and they have allegedly been dating for many years.

Foxx, who is a former friend of Cruise, is said to be in love with Holmes and has been a steady father figure for Suri.

It is claimed that Foxx was forced to step up and be present for little Suri who allegedly has not see her father in over four years.

However, a source close to Holmes revealed to Us Weekly that if Foxx ever steps out of line, he will be out of her life because her family comes first and above it all.

The source, who spoke to the publication, said: “She is an amazing mom. She will choose her family over him any day.”

The family friend went on to explain that Holmes appreciates Foxx and has no plans to leave him anytime soon.

The same source went on to reveal: “They have become more serious. Jamie brings so much joy and happiness into Katie’s life.”

According to the chatty insider, Holmes has made a name for herself before and after Cruise and will continue to stand as a strong and independent woman despite being in a relationship with Foxx.

The source continued: “She has worked her butt off since the divorce from Tom, and she is finally gotten to a place where she has made a name for herself and can be her person. She is back to her old self, and it is great to watch. Katie Holmes feels much more equal to Jamie Foxx than she ever did with Tom Cruise. He makes her feel like a grown @ass woman. Jamie respects Katie’s opinion and her independence, and he would never dream of telling her what to do. She loves how Jamie keeps his private life private, and how he shuns the media spotlight. It fits with Katie’s sensibilities much more than the crazy, over-the-top life she shared with Tom.”

Do you think Cruise will ever be present in his daughter’s life? 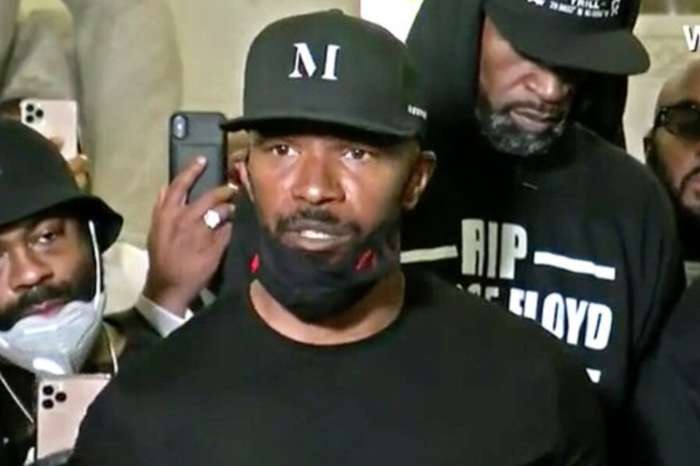 This is a no brainer. Any, mother or father would do the same?