There is no doubt about it, this is going to be a difficult birthday for actress Katie Cassidy. Cassidy turns 31-years-old on November 25, 2017, just days after her father, beloved actor and teen idol David Cassidy passed away on November 21, 2017.

With the holiday season, Thanksgiving, and her birthday, it’s bound to be an emotional time for the Arrow actress. Though Katie is grieving the loss of her dad, she did share some words with the public on Twitter, honoring her father who passed away at 62-years-old.

Katie shared her father’s last words which she then stated will be a daily reminder to herself. It’s also a good reminder for the public not to take a moment for granted.

“Words can’t express the solace our family’s received from all the love & support during this trying time,” she wrote. “My father’s last words were ‘So much wasted time.’ This will be a daily reminder for me to share my gratitude with those I love as to never waste another minute… Thank you.”

Words cant express the solace our family’s received from all the love & support during this trying time. My father’s last words were “So much wasted time”. This will be a daily reminder for me to share my gratitude with those I love as to never waste another minute….thank you.

Yo #sdcc LETS do this! #arrow

Previously Katie Cassidy covered her dad’s classic, iconic hit song I Think I Love You. You can see a video with Katie singing followed by a video with David Cassidy singing the song.

Katie Cassidy has appeared in many television series and movies. Some of her television credits include 7th Heaven, Supernatural, Melrose Place, New Girl, Gossip Girl, The Flash, Vixen, Legends of Tomorrow and Arrow.

Her movie credits include When a Stranger Calls, Click, Black Christmas, A Nightmare on Elm Street, Kill for Me, and Cover Versions. She will appear as Dawn in the upcoming movie Grace.

Katie Cassidy and her father David had a troubled and relationship. Katie’s mother Sherry Williams and stepfather Richard Benedon raise her. David Cassidy had spoken about their relationship to the press in the past and described it as distant.

It’s unclear if they were able to mend some of their issues before his dementia diagnosis. David Cassidy passed away due to organ failure.

When one loses a parent it’s an emotionally difficult time. Our hearts go out to Katie while she continues to mourn the loss of her father and heal.

We hope she’ll be able to enjoy her birthday. 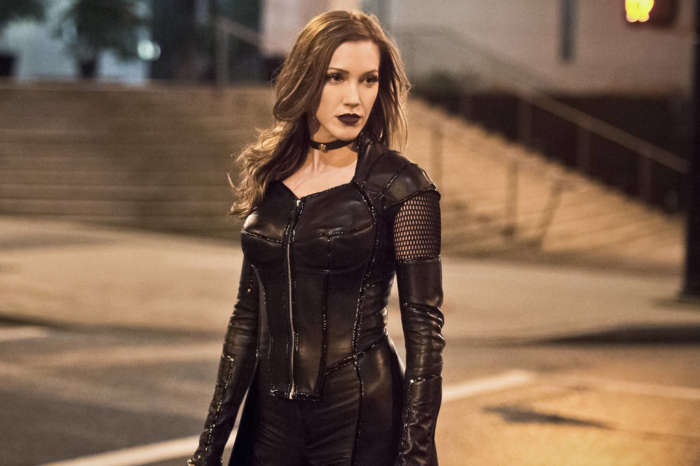