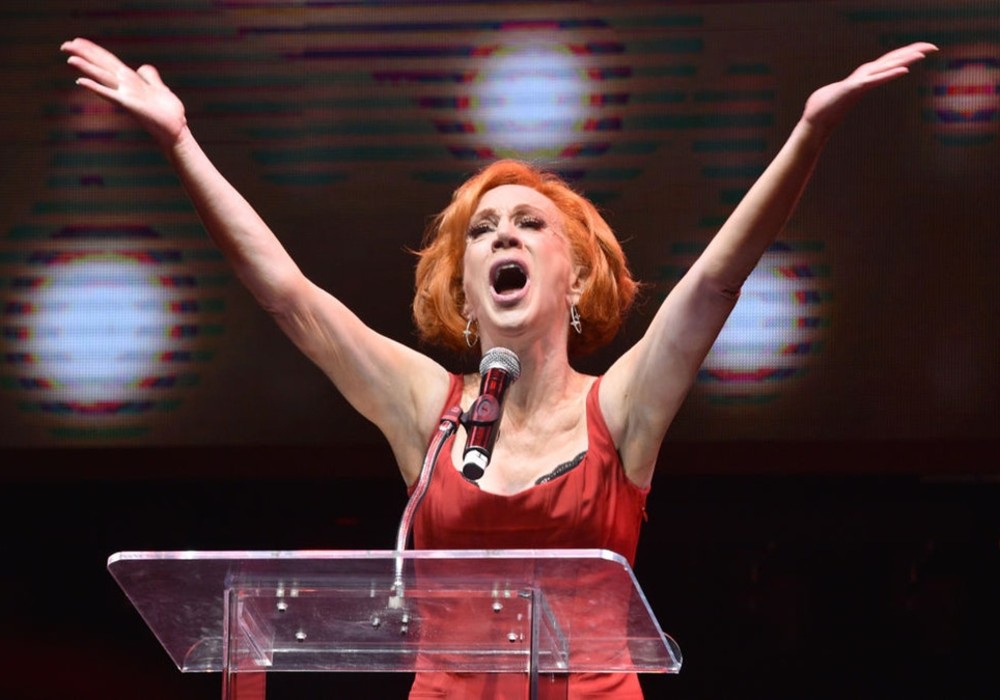 Comedian Kathy Griffin – who is a vocal critic of President Donald Trump – revealed on social media this week that she was in an “isolation ward room” in a “major” California hospital with claims that she exhibited symptoms of the COVID-19 virus. However, many people on social media aren’t buying her story and believe it could be an extreme stunt to slam the POTUS.

On Wednesday, Griffin posted a selfie on Instagram that featured her wearing a mask in a hospital bed, and in the caption she blamed President Trump for the lack of COVID-19 tests. The post was a response to Trump’s tweet where he announced that the United States has done far more testing than any other nation on Earth.

‪He’s lying. I was sent to the #COVID19 isolation ward room in a major hospital ER from a separate urgent care facility after showing UNBEARABLY PAINFUL symptoms. The hospital couldn’t test me for #coronavirus because of CDC (Pence task force) restrictions. #TESTTESTTEST ‬

“In fact, over an eight day span, the United States now does more testing than what South Korea (which has been a very successful tester) does over an eight week span. Great job!” wrote the POTUS.

In response, Griffin wrote in her caption, “He’s lying. I was sent to the #COVID19 isolation ward room in a major hospital ER from a separate urgent care facility after showing UNBEARABLY PAINFUL symptoms. The hospital couldn’t test me for #coronavirus because of CDC (Pence task force) restrictions. #TESTTESTTEST.”

However, many fans weren’t buying Griffin’s claims, with one person questioning why Griffin didn’t have any oxygen because it is pretty standard with such a serious respiratory condition. Other critics questioned why Griffin would be in a COVID-19 isolation ward without testing positive for the virus.

Another Twitter user wrote that if you are in the hospital and aren’t being tested for COVID-19, that’s because the doctors “see no need to test you.” Others couldn’t believe that Kathy Griffin would take the time to blast the President from a hospital bed.

Why you clowning, @kathygriffin? pic.twitter.com/1rYfdrEZ0c

“Even on a hospital bed, you take the time out to hate on President Trump! Well… that’s certainly some commitment,” wrote the skeptic.

There were even accusations from fans that Griffin was the “Jusie Smollett” of the COVID-19 pandemic.

According to the COVID Tracking Project, there have been 432,655 tests done in the United States as of March 26th, with 65,512 coming out positive. Even though Griffin claims she couldn’t get tested due to CDC restrictions, those were lifted long ago.

“Clinicians should use their judgment to determine if a patient has signs and symptoms compatible with COVID-19 and whether the patient should be tested,” says the CDC website.

Kathy Griffin is now home from the hospital, and she is being treated for an abdominal infection.

No sympathy here. She deserves what she gets.