According to Kathy Griffin, her presence at the Women’s March for the second year would not be welcome. Kathy revealed on Twitter today that even “after all these months,” she still can’t go.

And while the reasoning isn’t entirely clear, it may be because of the controversial photo where she posed alongside a prosthetic head intended to imitate that of the president, Donald Trump.

The comic shared a message on her social media with a black-and-white version of the original photo, implying that her decapitation picture is precisely why she is barred from attending the event.

A moment after Griffin suffered widespread media condemnation from public figures as well as the general public; she backtracked on her remorseful statement.

When speaking with reporters on HardTalk on BBC World News in November, she said she was not sorry for sharing the picture.

So, yeah, after all these months, I’m still not welcome at #WomensMarch2018 etc. (For now). But I support you!!! pic.twitter.com/IMlRx1PmUV

The comedienne said she was “not sorry,” and wants to “take back the apology 1000%.” At the time, Griffin thought the public would consider her actions as just Kathy “doing another shocking image.”

However, she thought wrong. She lost her job as the co-anchor alongside Andy Cohen during the New Years Eve segment on CNN.Griffin said she has “done many shocking things” throughout her career and “knew what she was doing.”

And while she no longer feels sorry for the comments against Trump because of his actions as the president, Kathy thought some of her other remarks were distasteful.

Following her comments where she compared Rosie O’Donnell to the photo of the American journalist, Daniel Pearl, who suffered a beheading in Pakistan, Griffin stated she felt remorseful. The comedienne asked herself: “what if Daniel’s mother saw this?” 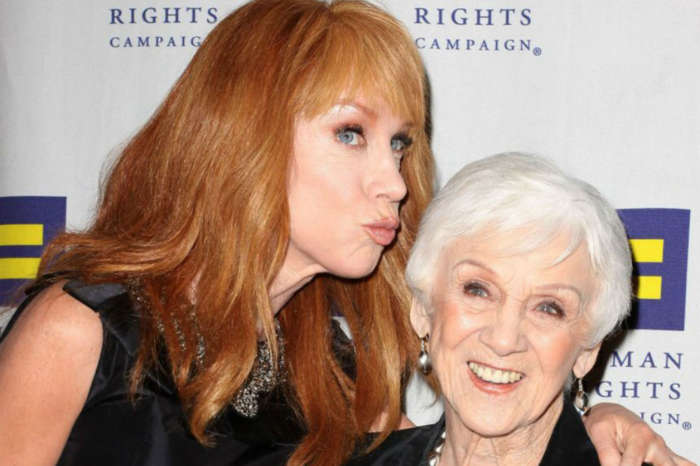 Halsey Reads Shocking Poem About Her Experience With Sexual Assault While At NYC Women’s March — Check Out The Video!

Kathy Griffin shouldn’t be welcome anywhere — except a plastic surgery convention (ha-ha). Personally, I’ve heard enough from her. She’s made much too much money already by denigrating everyone else, apparently having forgotten that even edgy comedy has to be funny. Comedians like Joan Rivers and Don Rickles were widely loved because they could pull off even the strongest insult comedy with a twinkle in their eye; the victim was always in on the joke. Kathy, on the other hand, is just mean. Mean isn’t funny.

Correction! Its not Andy Cohen its the other elitist Anderson Cooper.