Kate Winslet Reveals How ‘Titanic’ Prepared Her To Take On Any Role!

At the junket for her upcoming movie, The Mountains Between Us, Kate Winslet opened up about how starring in Titanic prepared her for this new role. It looks like even two decades later, the actress is still on top of the world.

‘I think doing Titanic taught me a lot about thinking ahead. When you read the script, Jack and Rose run through the flooded dining room. You have to know that is gonna be five days of shooting because it was five days of shooting. So it certainly helped me when I was reading this script. [You] just [have to] be very realistic about what was going to be required of the actors.’

With that being said, it looks like Winslet was no stranger to freezing temperatures.

For The Mountains Between Us, the actress was helicoptered alongside co-star Idris Elba and the crew to the peak of the Canadian Rockies each day while shooting.

‘I’d go up the mountain with my small backpack of my own survival stuff, and that usually included soup for me, soup for Idris,’ the star explained about her experience filming.

Another lesson Titanic has taught the actress is that nothing can adequately prepare you for how cold ‘ice-cold’ water really feels when you have to drop into it.

While in the legendary movie, co-star Leonardo DiCaprio was the one taking an ice bath, for this film, Winslet insisted it be her who plunged into the freezing cold water for a scene in which her character falls through thin ice.

Are you excited to watch Kate Winslet’s latest movie? The Mountains Between Us launches in theaters near you on October 6.

Read more about kate winslet the mountains between us titanic
Advertisement 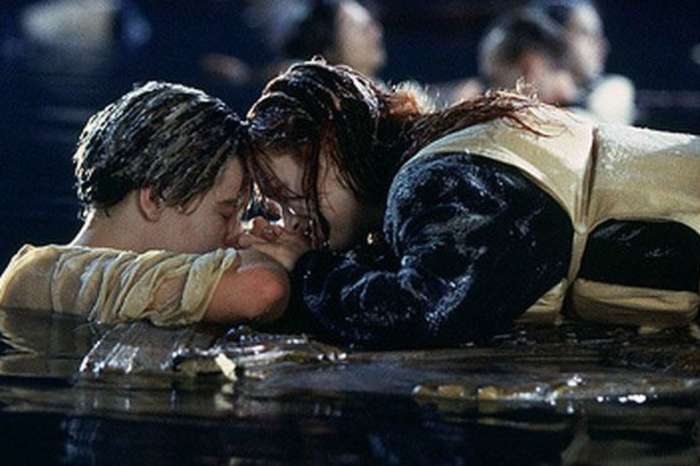