The Duchess had a little accident but she still managed to save it pretty well. Kate Middleton was in attendance at a charity event in London when she tripped as she was getting into her car.

Kate was very lucky to have her husband and 'knight in shining armor,’ Prince William by her side as he was able to catch her just in time.

It was a quick one but Daily Mail was able to catch it on camera and report about it.

While Kate could have really fallen and hit the pavement, it was William who was quick to reach out a hand and support her before anything worse could have happened.

It appears that the reason why she nearly tripped was her footwear!

The Duchess was rocking some gorgeous black block heels but one of them almost came off as she was walking. 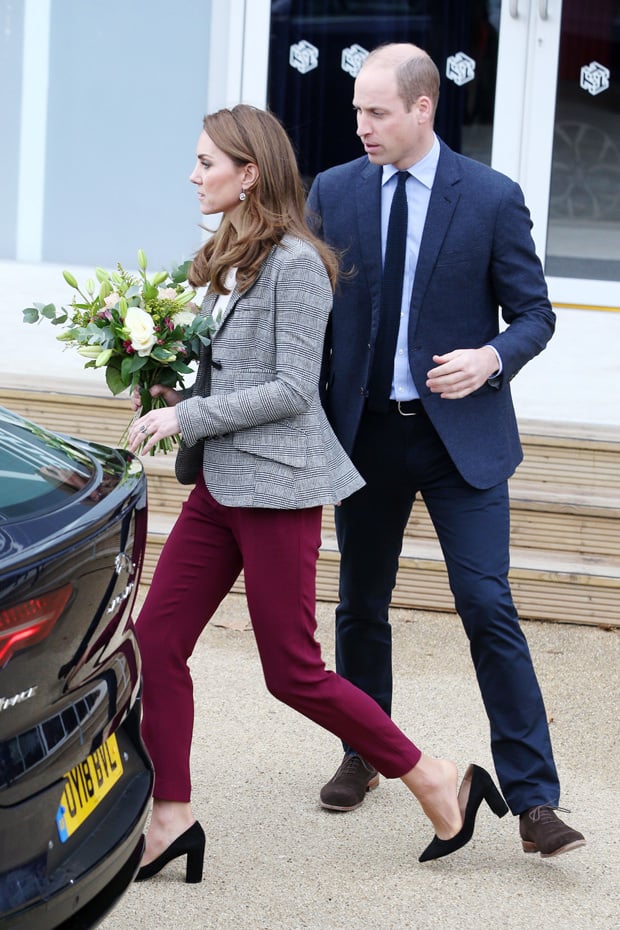 Quickly recovering, Kate shot a smile at her hubby before they both took cover in the car.

Of course, this was not a huge crisis compared to the scary storm they previously experienced while en route to the capital of Pakistan.

Because of the natural disaster, their plane’s pilot had no choice but return to the city of Lahore.

Landing at the destination, the Pakistani Royal Air Force Base, was not safe but thankfully, the turnaround was.

People magazine’s chief foreign correspondent Simon Perry, who was also traveling with the royal couple reported that ‘A terrifying electrical storm hit as we tried to land at Islamabad. Lightning seemed to be crashing around the right wing. Despite the best efforts of the pilot William and Kate’s RAF Voyager plane, we couldn’t land there.’

Thomas Markle Threatens To Go To Court Over Not Being Able To Meet Meghan Markle And Prince Harry's Children!

Prince Harry To Release Tell All Book About His Life As A Royal 30 Years After Princess Diana's Memoir Was Published!

Prince William Condemns Racisms Against Black Soccer Players But The Internet Calls Him A Hypocrite - Here's Why!

Tamar Braxton Is Beyond Excited About Her New Show