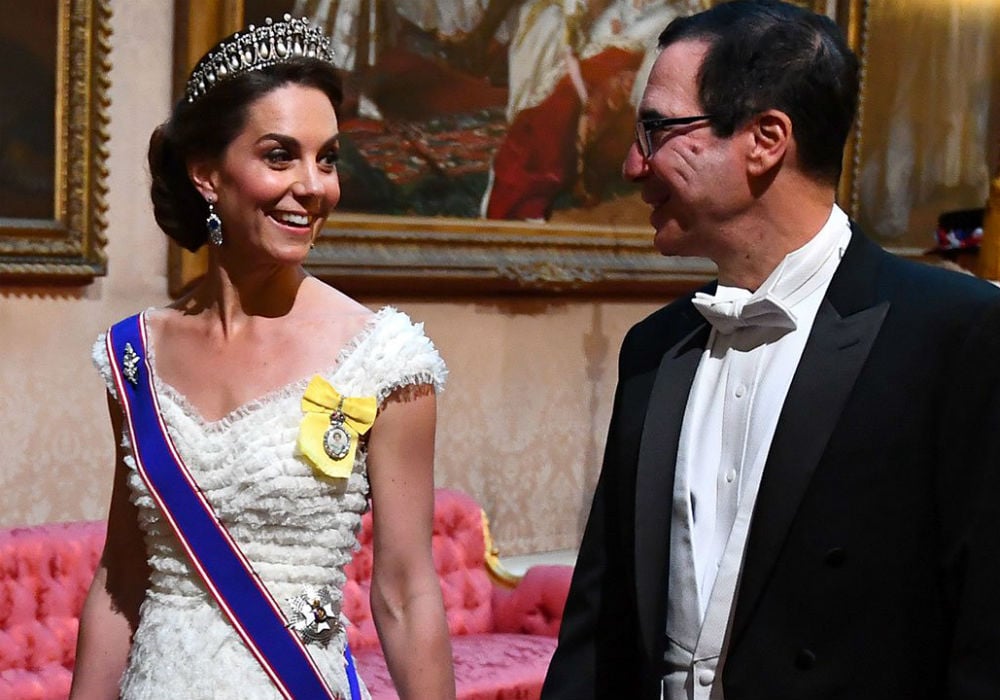 Kate Middleton sent President Donald Trump a subtle message during his first state visit to the UK. The Duchess of Cambridge honored her husband’s late mother, Princess Diana, by wearing one of her famous tiaras during the state banquet that Trump attended at Buckingham Palace. The move comes weeks following Trump’s controversial comments about how he almost hooked up with Diana.

Middleton wowed onlookers in her white gown and lavish tiara. She entered the banquet with U.S. Secretary of the Treasure, Steven Mnuchin, who shared a few laughs with her upon their arrival. Trump, who wore a tuxedo for the event, was joined by his wife, Melania Trump.

The Duchess of Cambridge wowed in a beautiful white gown by Alexander McQueen. https://t.co/3EZ4pSCR4w

Prior to the meal, Trump spoke to the 170 guests who attended the dinner and praised Britain for being a good ally through the years. Queen Elizabeth also spoke a few years echoing Trump’s sentiments.

According to the Daily Mirror, the tiara was originally made for Queen Mary in the early 1900s. Queen Elizabeth II wore it on several occasions before gifting it to Diana shortly after she wed Prince Charles. Sources say that Diana loved the tiara, though she had to give it back to the royal family after her divorce from Charles. Middleton has worn the tiara for several public events and first displayed it in 2015.

Given the tiara’s connection to Diana, it appears as though Middleton was trying to send a secret signal to Trump. In an interview with Howard Stern in 1997, Trump claimed to have almost slept with Diana prior to her tragic death. He also praised Diana for being a beautiful women, a sentiment he addressed in his book, The Art of the Comeback.

A reminder that Donald Trump defended the paparazzi who took nude photos of Kate Middleton https://t.co/D26Vvdvmxe

When it comes to Kate Middleton, Trump has criticized her in the past for sunbathing nude in France.

Although the royal family is hosting Trump and his advisors throughout the week, they have not said anything about his controversial comments. 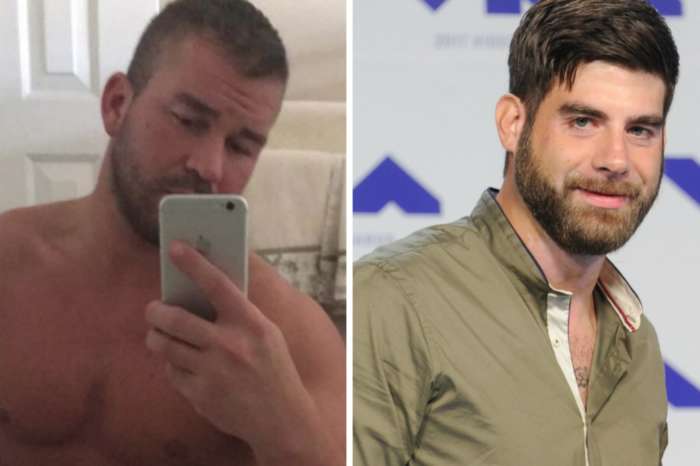