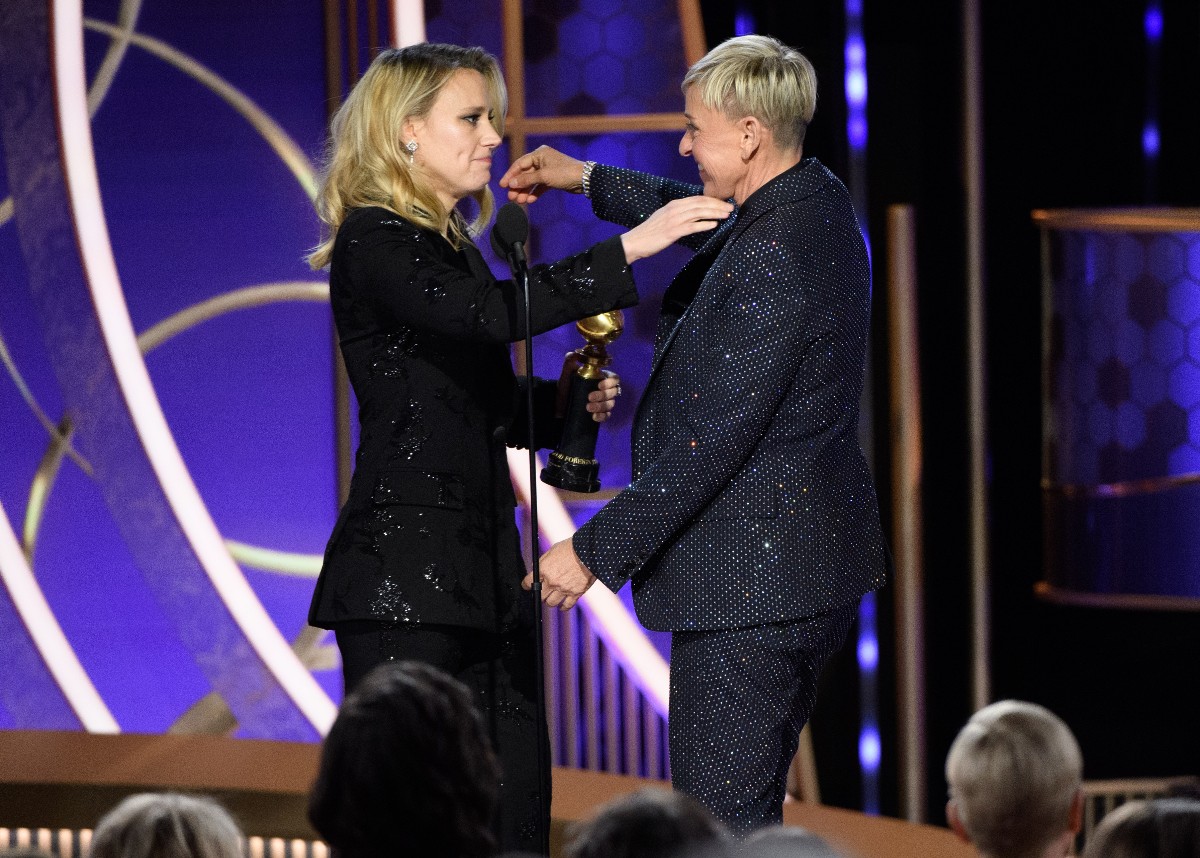 Kate McKinnon presented Ellen DeGeneres with the Carol Burnett Award at the 77th annual Golden Globes. Though you might expect her speech would have been full of laughs, after all, it was one comedian honoring her comedic icon, it was anything but. In fact, Kate McKinnon’s speech became so emotional, people nearly burst into tears. Ellen received the award for her outstanding contributions to television, but it was clear that it was how she paved the way for the LGBTQ community to not only be seen and heard but also accepted is why emotions were running high.

When Ellen DeGeneres made the decision to come out on her ABC sitcom Ellen, ABC fired her. The show was canceled in May 1998 after a successful five seasons and it seemed that Ellen’s career was over. She was lambasted for being gay and the rejection she experienced is beyond imaginable. She then went on to host her own talk show in 2003. For the past 17 years, Ellen has gone on to be one of the foremost voices on television. At 61-years-old, Ellen DeGeneres has redefined television and she did so by being her authentic self.

Kate McKinnon (who celebrates her 36th birthday today) tearfully introduced Ellen and she made it abundantly clear that Ellen’s strength and commitment to being a loud voice for the gay community gave her the strength to believe in herself.  Kate is known for her incredible sense of humor, but during her introductory speech, her eyes welled up with tears. So too did Ellen’s, Carol Burnett’s, many in the audience, and viewers at home.

Here is a photo of Ellen DeGeneres seated next to Carol Burnett as Kate McKinnon delivered her remarks.

You may watch Kate Mckinnon deliver her speech at the 77th Golden Globe Awards in the video player below.

Ellen DeGeneres followed Kate McKinnon and it was clear she was visibly touched. However, Ellen is a comedian and it takes a lot for her not to turn a serious situation into something funny.

She quickly changed the mood around and had everyone laughing hysterically.

You may see Ellen DeGeneres as she was honored with the Carol Burnett Award for Achievement in Television and delivered her speech below.

What did you think of Kate McKinnon’s tearful speech? Were you touched by her words?

Were you happy to see Ellen DeGeneres receive the Carol Burnett Award?