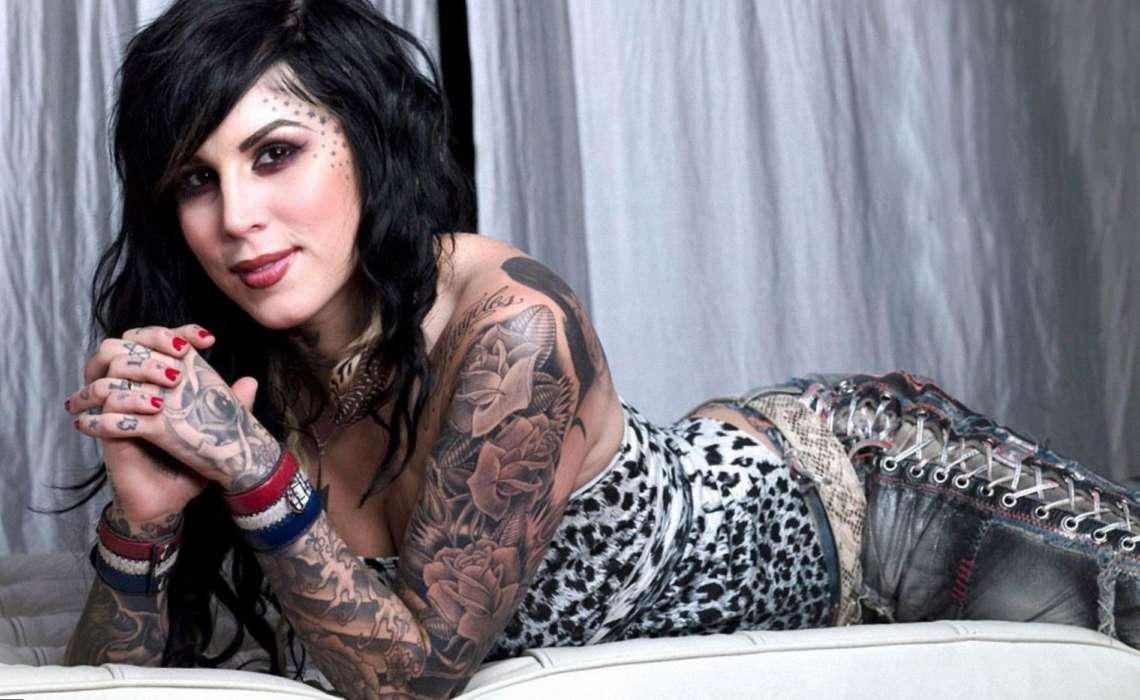 Kat Von D recently came out to express her gratitude to Paris Hilton for speaking out on her “traumatic experience” while at Provo Canyon School, where Kat Von D also attended boarding school. Paris said she had endured abuse there as a teenager.

This past Monday, the tattoo artist took to her Instagram to say she was locked up for “half a year” and couldn’t even see the sun. In a 23-minute-long video, Kat Von D thanked Hilton for telling her story and also encouraged fans to watch, This Is Paris.

Kat Von D kicked off her caption of the video by explaining how she had been abused for six months of her life and how she left with “major PTSD” among other behavioral issues.

Additionally, the tattoo artist said she had been kidnapped from her bed in the middle of the night and taken to the school. Thankfully, Kat Von D explained, she was never abused sexually but it was something she had seen when she was there.

Thank you, @parishilton for giving me the courage to share about being locked up for half a year, without ever seeing the sun, at Provo Canyon School in Utah. I spent those 6 traumatic months of my teenage years, only to leave with major PTSD and other traumas due to the unregulated, unethical and abusive protocols of this “school” — and cannot believe this place is STILL OPERATING. Please take a moment to watch @parishilton ‘s documentary #ThisIsParis and follow @breakingcodesilence to see other survivors testimonials and better understand the horrors of the “Troubled Teen” industry, and the damage it causes to not just the kids, but the families. 🖤 #breakingcodesilence

As it was previously reported, in This is Paris, Hilton touched on her experiences while at a Utah boarding school. The star explained that what she went through at the institution had a long-lasting effect on her mental health, even into adulthood.

Hilton says she and the other teenagers were given mystery pills, and if they didn’t take them, they would be put into solitary confinement without any clothing on, sometimes for 20 hours. In a statement released to People Magazine in July, the organization said they had changed owners in August 2000, and couldn’t comment on what happened there.

As for whether or not Paris intended on seeking restitution in the criminal justice system, the star said she had no plans. “I want these places shut down,” Paris explained.

The socialite went on to say that she wanted them to be held accountable for their actions, more importantly, she wants to be a voice for those who have been abused. Some social media users have asked why she won’t file a lawsuit.