Kat Von D and her fiancé, Leafar Seyer, are officially married following an engagement of one week. The 35-year-old reality star and makeup maven took to Instagram on the 21st of February, Wednesday, to reveal the happy news.

In a photo which we have for you below, Kat said she “married (her) soul’s mate, (her) mind’s twin, and (her) best friend.” The picture shows their two hands interlinked standing before the priest who married them.

Von D also wrote “Juntos en Vida y en Muerte,” which means in English, “Together in life and in death.” The 42-year-old, Seyer, also posted a photo on Instagram which said he “married the girl” of his dreams alongside a caption of the same saying in Spanish.

During the ceremony, a surprise banner flew by that said, “#bestvalentinesdayever.” As you may know, Kat and Seyer first sparked relationship rumors back in December of 2015 when they began sharing photos of each other on social media.

At the beginning of February, Kat Von D posted a photo of the two at LA’s Getty Museum and again one month prior she shared a pic of them cuddling in bed together.

Additionally, she was dating the actor and comic, Steve-O, from December 2015 until March 2016, but the relationship ended abruptly.

Fans of the makeup expert will remember the highly publicized cheating scandal involving Kat, Jesse, and Sandra Bullock. Jesse found himself embroiled in another cheating scandal a few years later when a woman posted her conversations with the reality star on social media. 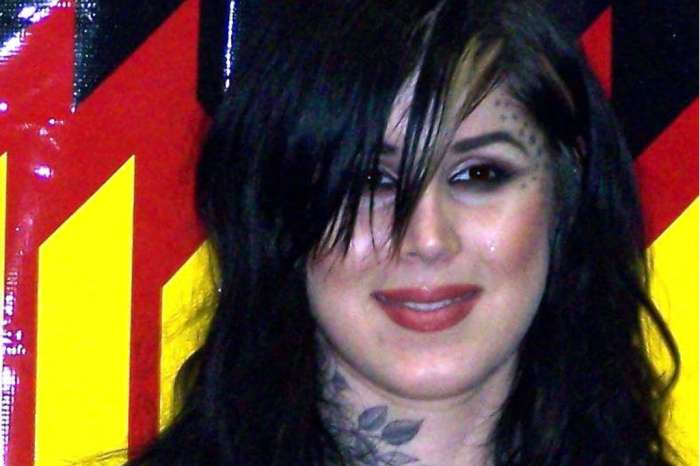