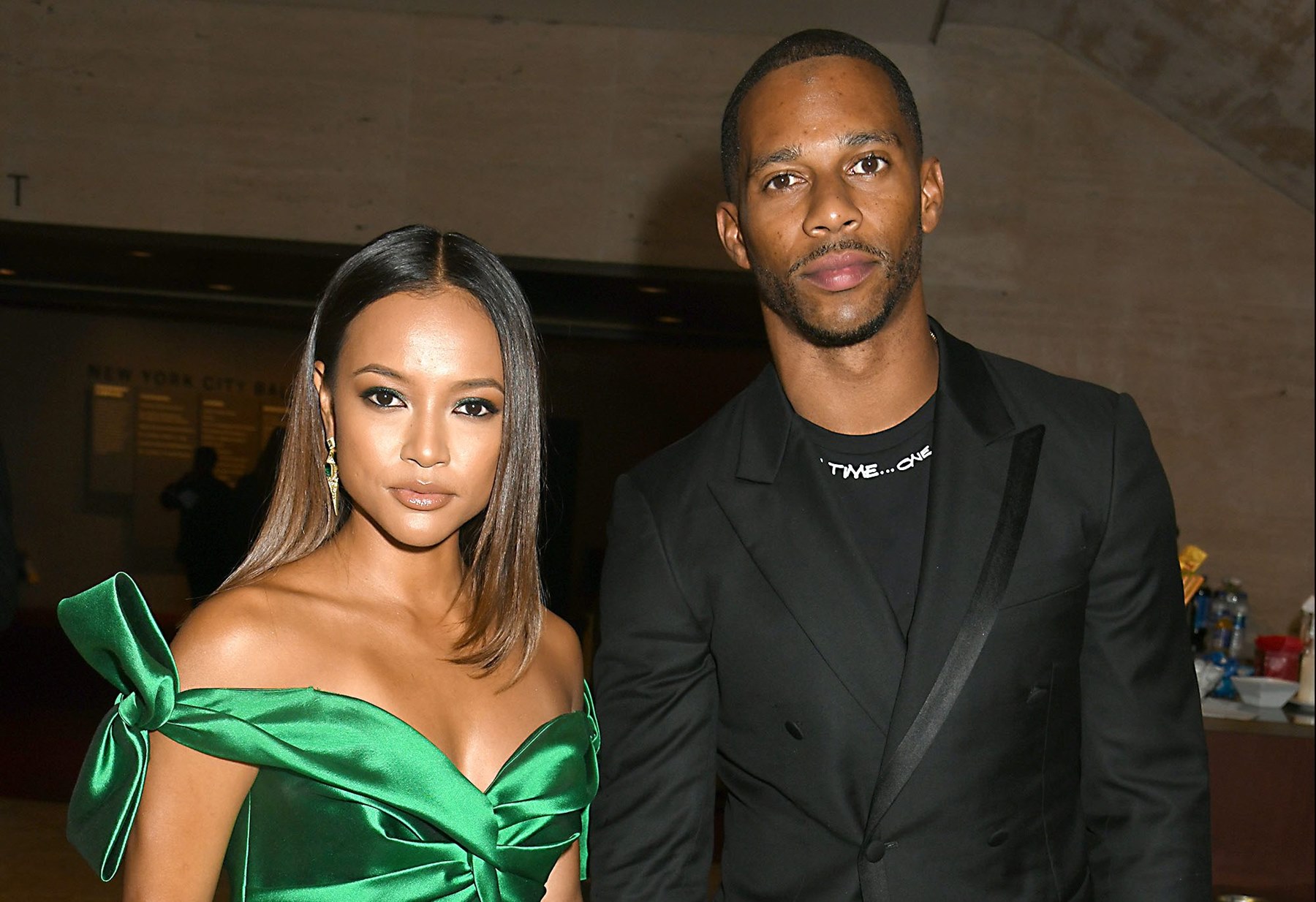 Karrueche Tran has made sure to let her fans know that she is still living her best life with her beau, former NFL champion Victor Cruz.

The model took to social media, where she posted a lovey-dovey photo where she is tightly holding on to Victor as they rang in 2020.

The boo’d-up moment went viral with many saying they are happy she moved on from Chris Brown while others asked when they are getting engaged.

Another commenter claimed: “Loooveeee y’all so much! I love this picture btw. Just glowing. Those babies gonna be 😍✨🔥.”

This backer shared: “Did he propose or Nah?! 😩just before the ball drop, I would’ve pulled out a ring with a small rock🤷🏾‍♂️ You hiding the ring sis. lol.”

In a recent interview, the actress was asked by Big Boy about her romance with Victor, and she said: “Its good. We like each other. We just mesh very well. We get along, we have fun. Whether it’s just us two or friends, it’s easy-breezy, and it’s really refreshing, and I’m just enjoying it.”

Big Boy pointed to the ring on her finger and asked if she was engaged, she responded: “No. It ain’t no ring on this ringer.”

Big Boy asked: “Do you see yourself marrying Victor?”

She replied: “Potentially, yeah. I can put myself first, but I can also love someone else at the same time. There’s room for both. I think before I was just putting too much energy into one and not giving a bleep about myself.”

I’m just happy I was in the room with such incredible people last night. From all walks of life. Thank you @wsj for the invite and @anthonycenname for the prime seating 🕺🏾. 📷: @bfa

She continued: “I’m also in a different headspace like I’m more career-driven, so I can take care of that. He lives on the East Coast, so we have our time together, but then we also have our time apart where he works, and he does his thing. I have my thing and my space. And then we come back together!”

This haircut 💇🏽 but also this beat👌🏽

When asked why she ended her relationship with Chris Brown, Karrueche responded with the simple answer: “Because he had a baby […] and you can’t give a baby back. That’s forever.”

#ad Wanted to bring in the New Year a little different this year.. intimate, coo people, good vibes, good food and good drank! Aaaaannndd I got to see fireworks! Thank you @ciroc for bringing my night to life ⚡️Cheers to 2020!

Many predict rather sooner than later; wedding bells will be ringing for a couple who seems inseparable at this point.