It’s clear that famous people mainly only date other famous people. VH1 constantly has stars from different series hooking up with one another and that was no different when we learned this season of “Love and Hip Hop Atlanta” that Karlie Redd and “Black Ink Crew” Ceaser Emanuel were an item that seemed to be getting pretty serious.

This was only a surprised because in the first few episodes Karlie Redd was cozying up to Yung Joc after spite-dating Tommie’s ex-boyfriend Scrapp.

This changed when Tommie doubled over and took Joc as her plus one with Jessica Dime. As you can guess, Karlie wasn’t very happy about that.

Saying “Buh-Bye” to Joc (again) and “Hello” to Ceaser, it appeared that Karlie had found her Mr. Right in the finale of the show.

By the time the reunion rolls around we learned that not only is Karlie Redd a single lady once more, but Ceaser was caught creeping with Tommie!

Tommie was proud to admit that she was hooking up with Cease just to piss Karlie off, but Ceaser has stopped talking to both of the feuding females for another reality star.

The woman, pictured below, goes by the name of Persuasian and she was on “Bad Girls Club.” If you’ve never watched the show but she still seems familiar it’s probably because she was also seen her riding in the nude on a jet ski with rapper YG in his video for the song “Pop it, Shake it.”

Looking at my future like…. around this time next year I won't even remember this pain…. #powerofpersuasian #suagang ? @gorgeous.kaos.inc

Persuasian works as a stripper in Miami and has been doing many club appearances with Ceaser. He’s made his debut on her Snapchat; the tattoo artist moves on fast!

Meanwhile, Karlie and Joc have been flirting on Instagram. Karlie posted a photo and Joc commented on how good she looks to which she responded: “U ready to stop playing games with me love you too”

Joc and Karlie can’t stay away from each other. Do you think the two belong together? 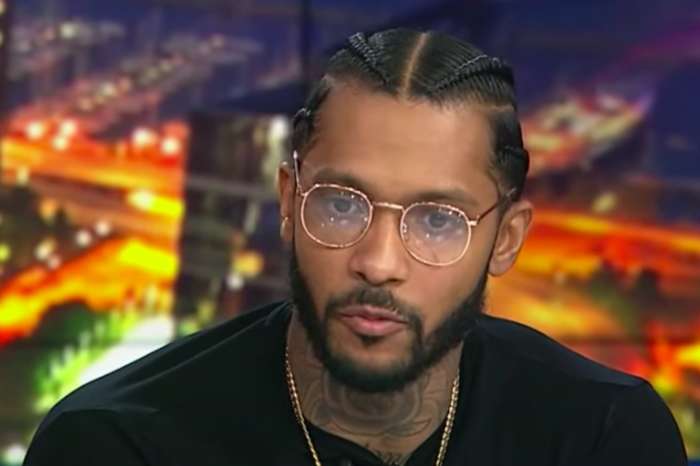