Kanye West is proudly showing off his wedding ring as both he and Kim Kardashian have reached billionaire status. The couple has been dodging rumors that they are headed for divorce and are spending some loved-up time on their Wyoming ranch with children North (7), Saint (4), Chicago (2), and Psalm (1). Kim's photographer Pierre has taken new photos of the couple and in one photo, Kanye's wedding ring can clearly be seen. The photos come at a time when some tabloids reported that Kanye had moved to Wyoming and left Kim alone with the children in Calabassas. That clearly isn't the case and not only is the couple together as a family, but they appear very happy. It was also revealed on Monday that both Kim Kardashian and Kanye West have reached billionaire status and are the richest members of the entire Kardashian/Jenner clan.

In the photo below, you can clearly see that Kanye West is proudly wearing his wedding ring as his wife, Kim Kardashian gives him a loving embrace and kisses her husband on the neck. 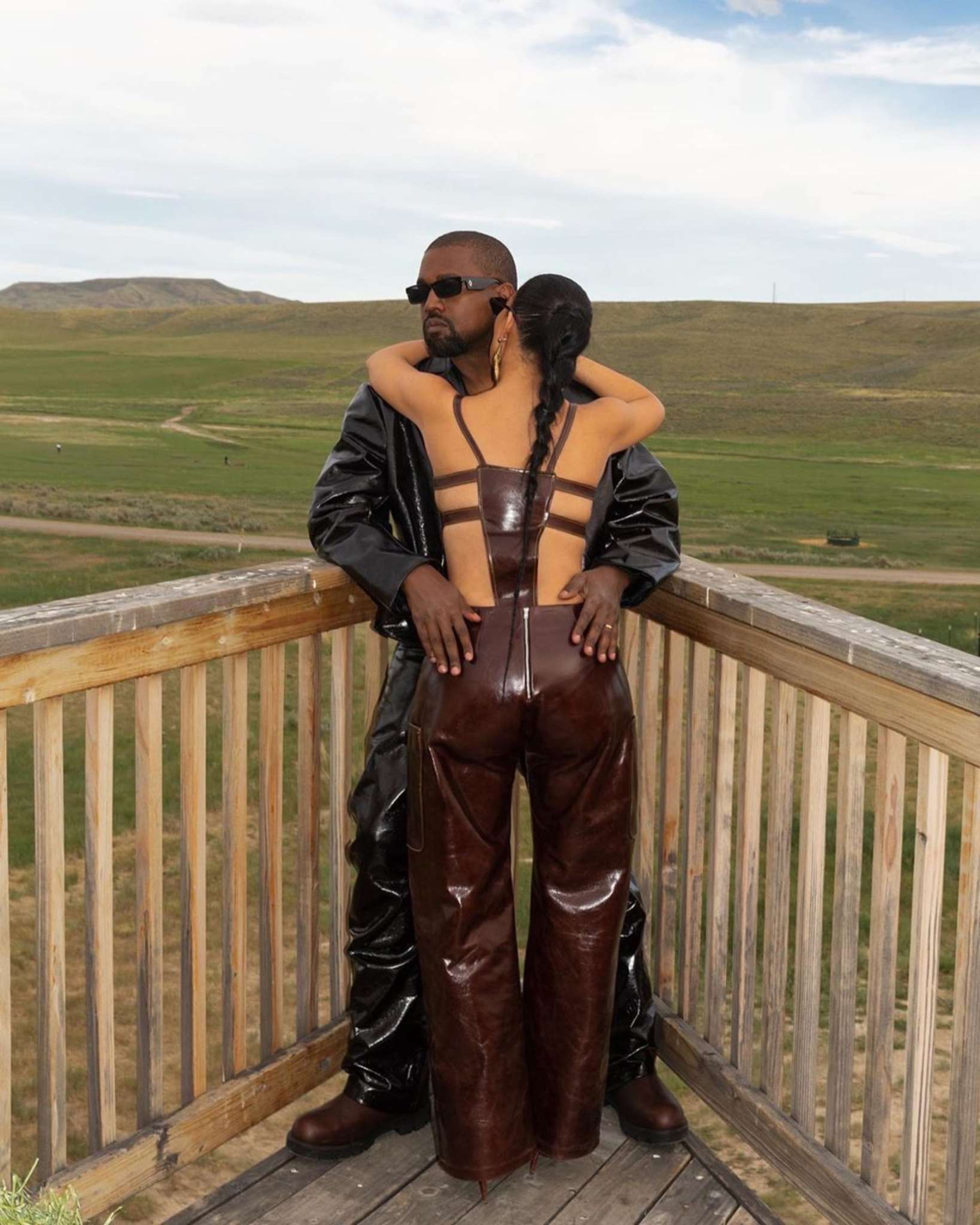 Kanye's net worth is about to skyrocket as he recently announced a new 10-year collaboration with the Gap that will bring Yeezy to the masses. The Yeezy x Gap collaboration is set to make billions for Kanye on top of the billions he already has.

Exactly what Kim Kardashian's and Kanye West's combined net worth is right now is unclear but one thing is certain — it is a lot more cost-effective for Kim Kardashian and Kanye West to work out any issues they come across in their marriage than to head to divorce court.

Fortunately, it appears that Kim and Kanye are putting the naysayers to shame and moving forward with their marriage, their family, and their businesses and they are doing it together.

Kanye West Shocks Fans With This Move - What Does Kim Kardashian Feel About It?

Lucy Hale Is Dazzling In Fendi