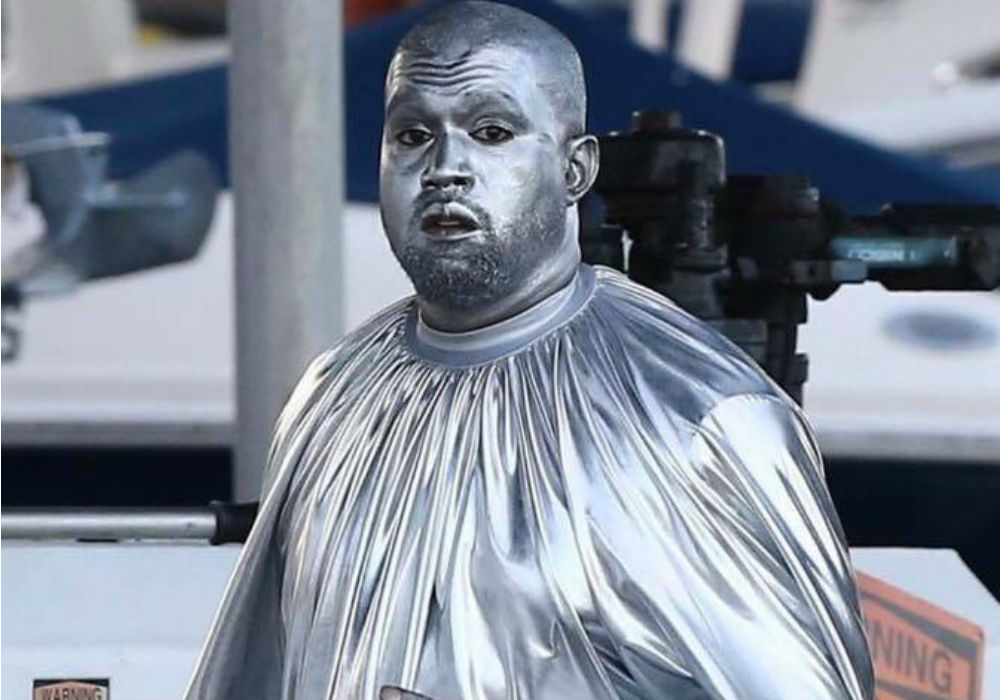 This weekend, Kanye West starred in his second opera, Mary, on a floating barge in Miami Marine Stadium at the Key Biscayne waterfront on the last day of Art Basel. And, the 42-year-old rapper painted himself silver from head to toe and wore a silver jumpsuit/rope hybrid when he took the stage.

According to Page Six, West was supposed to debut Mary after his first opera Nebuchadnezzar premiered in Los Angeles last month, but it was a flop. West’s choir performed the first opera at the Hollywood Bowl in collaboration with Vanessa Beecroft, but it didn’t sell out. And, the audience complained about West showing up late, as well as the rough acoustics and the quick performance time.

here’s the full video of this song 🙂 pic.twitter.com/Gdmbnftf1l

West was reportedly one hour late for this performance, and he didn’t take the stage until 4:00 p.m. The show – a second collab with Beecroft – included new arrangements to songs from West’s pre-gospel catalogue, including Can’t Tell Me Nothing, I Thought About Killing You, Devil in a New Dress, Love Lockdown, and Power. And, the opera was all about the Christmas nativity story and included traditional songs like O Holy Night, Gloria in Excelsis Deo, and Little Drummer Boy.

The Sunday Service choir wore matching robes for the performance, but everyone was also painted silver, just like Kim Kardashian’s husband. The rapper read verses aloud from the New Testament books of Matthew and Luke that tell the Christmas story, while members of his choir reenacted different scenes. This was the same format West used for Nebuchadnezzar, but this time he was part of the performance instead of behind a curtain.

The woman who played the Virgin Mary stood out from the rest of the choir because she wore a glittering sea foam green robe. And, after the one-hour performance, everyone left the stage via motorboat.

Several hundred people were on hand to watch the performance, including some wearing “Kanye For President” t-shirts.

Kanye West announced the show just hours in advance with a tweet that featured the Bible verse Luke 1:30-31: “And the angel said unto her, ‘Fear not, Mary: ‘For thou hast found favour with God. And, behold, thou shalt conceive in they womb, and bring forth a son, and shalt call his name Jesus.’”

“I don’t know religious music,” said one of the audience members. “But, Kanye is God.”

Yeezy is also working on his next album, Jesus Is Born,  with Dr. Dre, and that is scheduled to drop on Christmas Day. 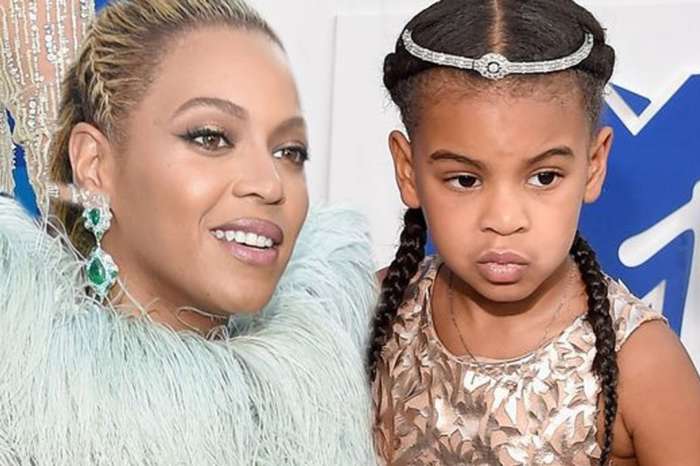 Beyonce Gets Candid About The Two Miscarriages She Suffered Before Having Blue Ivy - Says She Found A ‘Deeper Meaning’ In Life Because Of It!