Kanye West couldn’t care less about Taylor Swift’s diss tracks about him from her new album Reputation. He is actually laughing at her and her music.

Kanye refuses to let Tay get to him no matter what. Taylor sent her fans into a frenzy when she dropped her highly-expected album on November 10 especially after hearing the first track called This Is Why We Can’t Have Nice Things.

This track seemed to address her feud with Kanye and Kim Kardashian.

It seems that ‘Kanye is laughing off Taylor’s mentions of him on her album,’ according to a source.

‘Kanye has bigger things on his mind today, like the passing of his mother. His focus today has been on his wife, kids, family and mourning the tragic passing of his mom. Kanye is staying focused on all the good things in his life, his health and his future. The last thing he is worried about on this emotional day for him is firing back at Taylor.’

‘He heard a small part of the new album last night and gave it a little laugh before quickly moving on,’ the insider continued.

‘If anything, Kanye still feels like he made Taylor famous. Kanye loves the fact that she is still singing about him, which in his mind, only reinforces his belief that he has a lot to do with Taylor’s career success.’

#reputation is out. Let the games begin.

Even if some fans were in shock over her passionate lyrics, most of them just loved how Taylor didn’t hold back in the least on her 15-track album.

‘It was so nice being friends again, there I was giving you a second chance,’ she sings on track 13.

‘But you stabbed me in the back while shaking my hand, and therein lies the issue, friends don’t try to trick you, get you on the phone and mind twist you.’ We hope that these two will be able to make peace sometime during this lifetime! 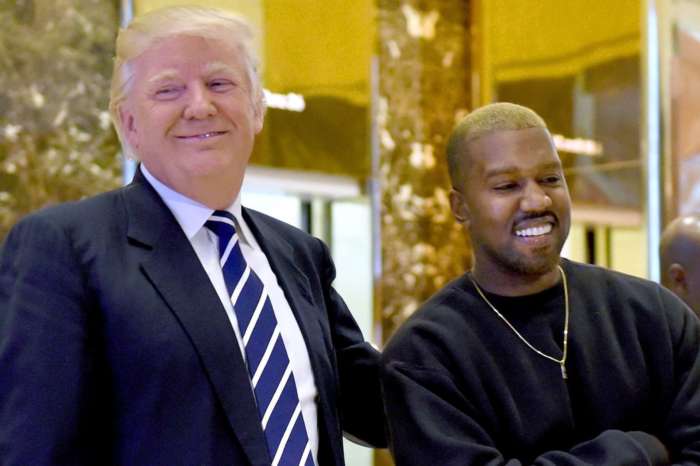