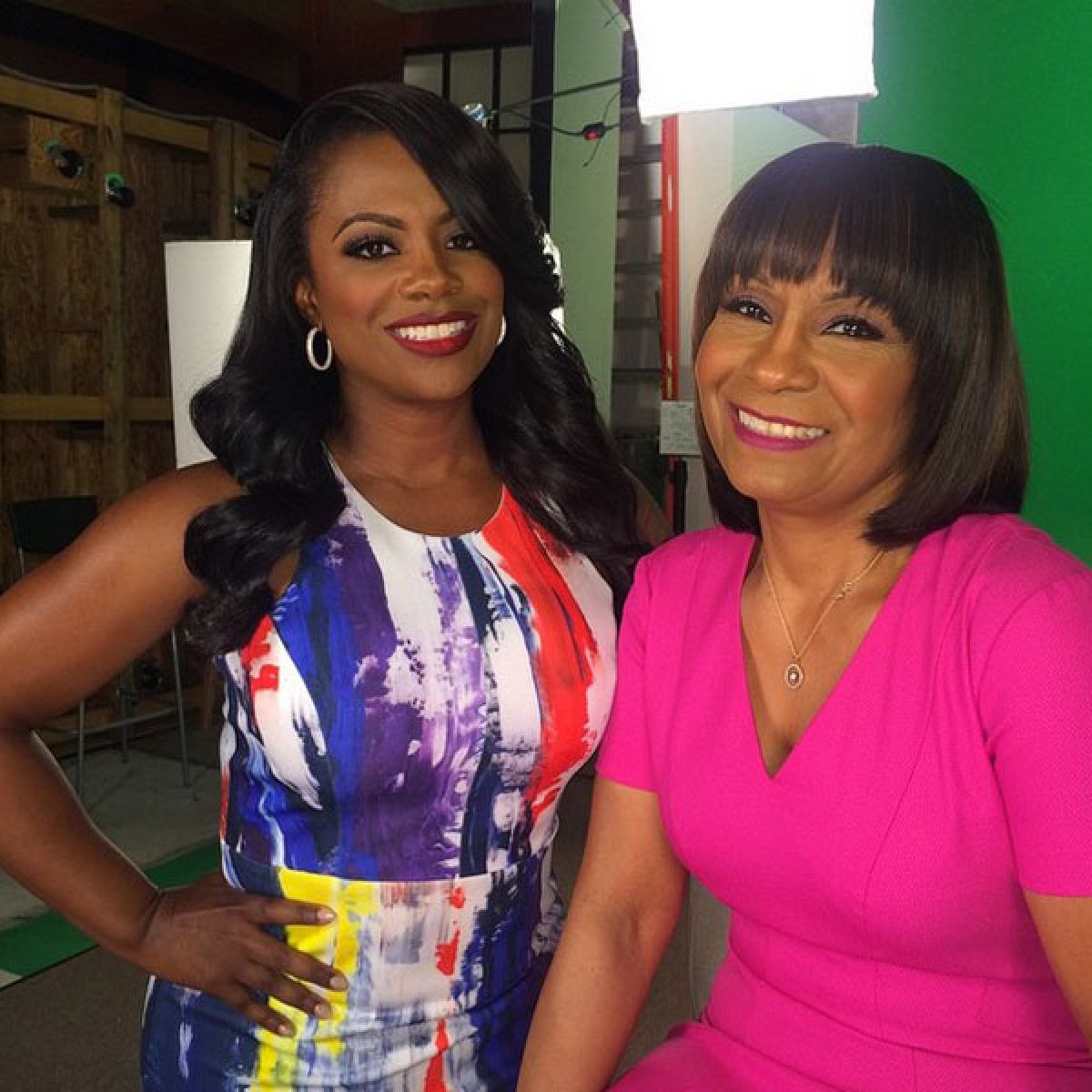 Kandi Burruss shared a really amazing throwback photo from back in the day. In the pic, you can see the RHOA star together with her mom and Mariah Carey.

Kandi told her followers that this pic was taken in the backstage at one of Mariah’s concerts and people are gushing over the three ladies in the comments.

‘#TBT I don’t remember what year this was, but I took my mom to @mariahcarey’s concert & went backstage to take pics. @mamajoyce1_ was so happy that night!’ Kandi captioned the photo.

A commenter said: ‘Mama Joyce was so happy! Lol aww ..so cute!’ and someone else posted this: ‘I never really realized how white Mariah Carey was until just now.’

#TBT I don’t remember what year this was but I took my mom to @mariahcarey’s concert & went backstage to take pics. @mamajoyce1_ was so happy that night!

One other Instagrammer posted: ‘Mama Joyce is the biggest star in this picture tbh,’ and another follower guessed the year: ‘Probably 1999-2000 because mama Joyce got the Rainbow album in her hand and that bop was released in 99.’

A fan went down the memory lane as well and said: ‘Surprised my daughter @omg_itz_ashhhh and took her to see Mariah for her Sweet 16 in Vegas last February. My baby was soooooo happy. She lovessss @mariahcarey 🦋’

One commenter praised Kandi’s look and posted this: ‘You literally look the same! What’s your skincare routine?? Your skin is flawless!!’

Someone else said: ‘she was so happy she had the magazine/book with Mariah upside down..like Bush did when he was reading to those kids..knowing damn well he knew those planes were gonna hit the towers.’

Other than this, Kandi shared a photo just the other day, which had fans saying that she is twinning with her daughter.

This was not the first time when one of these two ladies hears this because fans are always saying that Riley Burruss and her mom could very well pass as sisters.