Kandi Burruss’ New ‘Speak On It’ Episode Is Out And Addresses Another Issue Involving Todd Tucker’s Daughter, Kaela – Watch It Here 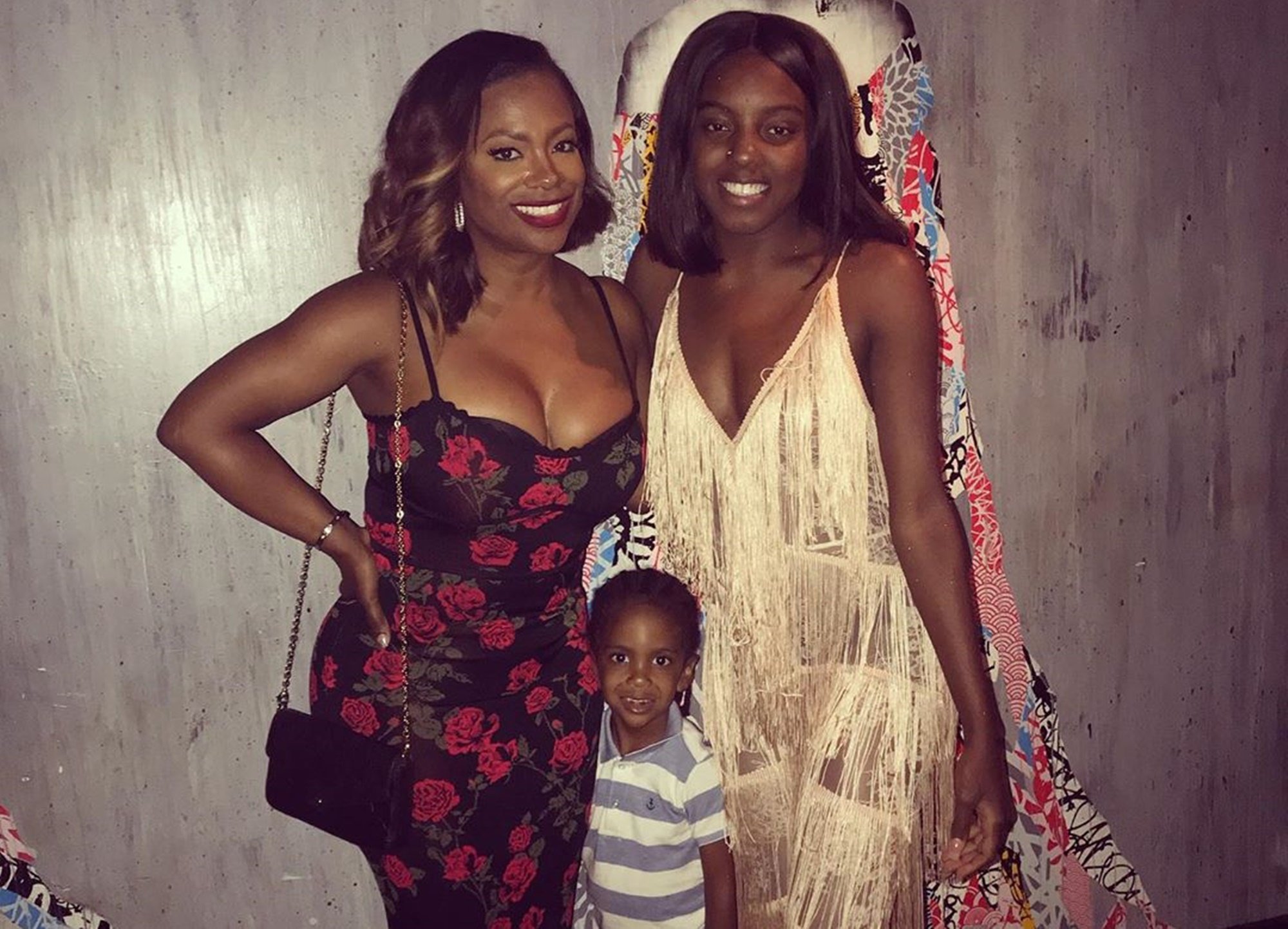 Kandi Burruss announced her fans that a new Speak on It episode is out. Kandi’s addressing the issues regarding Todd Tucker’s daughter, Kaela Tucker.

Kandi wants Kaela to give her bedroom to baby Blaze Tucker, considering that there are more bedrooms in the house anyway, and Kandi wants to silence haters.

Check out what she had to say:

People are debating the issue all over again.

A commenter said: ‘I understand Todd, but he needs to show her more love. Why is she being forced to take care of her bills within this family? From the outside looking in, it can look like she is the outsider. Riley doesn’t have to want for anything, so why does Kaela. I think all kids should be treated the same, and Todd shouldn’t allow his daughter to be treated as such. That makes me uncomfortable.’

Another YouTuber said: ‘She seems like a hard-working young lady…but it has to be hard on her seeing what you do for Riley, and all the things you give her…like a new car, an expensive apartment in New York…even though you tease her about having to clean her own shower…..there’s nothing wrong with helping her so she can keep working toward her goals and not feel like she’s struggling and yet her stepsister gets it pretty easily through you.

She doesn’t seem to be living the same lifestyle as her family….Todd is over here buying all kinda stuff and his kid is working needing to help with bills for a household that has millions and the other child at 16 is living the life of a rich kid on a trust fund….Just seems odd.’

Someone said that ’Todd doesn’t want his daughter to be spoiled and have everything handed to her. He wants to build her work ethic and character. Plus he’s a New Yorker. Most New Yorkers have a hard persona that you have to breakthrough. I get what he’s saying. Let Kaela go out into the world 🌎 and see if she can handle it, and if she can’t, she knows she has Kandi and Todd and her mom to help her WHEN she need help. Experience is the best teacher. Kandi, slide Kaela some money in a secret account.

In other news, Kandi posted a shout out for one of her friends, a popular TV producer, Luke Neslage, who is celebrating his birthday.

Some people believe that the way in which he is holding Kandi is not appropriate at all, considering the fact that she is a married woman.

Deep down inside I know Kandi wants to shower Kaela with gifts like she does Riley. However, that is Todd’s child and she does not want to get between the two. Plus, Todd is not allowing her to do so.

Kandi and Todd. We know Kaela’s mother lives in New York and Kandi is not her mother. However, Todd needs to step up to the plate and show his daughter more love. Kandi not only showers Riley with gifts, but shows her a love and attention. Kaela’s grandmother was truly thinking about her when Todd married Kandi. I hope that Kaela lands a good job, so she can support herself. She was clearly kicked out of Kandi’s house so that the new baby could have a room. It’s Kandi’s house so she can do what she wants too. Todd should
have never moved into Kandi’ s house. He should have had his own mansion. This way Kaela would always have a place to stay. Riley has her own apartment in New York. Its so wrong!

Still think kandi treats Kaela different and Kaela is in her own way is feeling it. I believe Todd sees it as well and won’t say anything for fear he might lose his money she takes care of him. Kandi already in so many words to mind his business when she bought that 600 thousand dollars car for her 16 yr daughter. And I’m really sure that everyone see that Kaela is feeling.left out and feeling like a REAL stepchild. What child wouldn’t feel that way. Come on now!!!Lets be reall