Kandi Burruss Claims That She Has Not Spoken To Phaedra Parks Since The ‘RHOA’ Reunion!

Kandi Burruss finally got her chance to visit Andy Cohen at the “Watch What Happens Live” clubhouse. The songstress gave an update on the status of her relationship with Phaedra Parks.

Apparently, the two no longer have a relationship at all. In fact, they haven’t spoken since the filming of the “Real Housewives of Atlanta” reunion took place.

To make matters worse, Burruss claims that Phaedra didn’t even apologize for spreading or “repeating” the nasty rumor that got her kicked off the show.

Fans will remember that before there was a “frick and frack” Kandi and Phaedra were the best of buds.

A post shared by The Real Housewives of Atlanta (@therealhousewivesofatlanta) on Jan 29, 2018 at 9:22am PST

When Phaedra’s ex-husband, Apollo Nida, got arrested and was under investigation, there was a rumor swirling that Kandi and Todd sent the FBI to Phaedra’s house to investigate.

Add in the fact that the couple is still very close to Nida even while he’s incarcerated, you can see why the friendship slowly dissipated.

Throughout season eight and the beginning of season nine of the show, Kandi and Phaedra couldn’t seem to get on the right page when it came to salvaging their relationship. Cue the beginning of Frick and Frack.

Porsha Williams quickly replaced Kandi and was allegedly used as a pawn to get back at the Xscape singer when Phaedra told Williams that Kandi and Todd had a plan to drug her and take her to their sex dungeon.

The truth behind the shocking rumor came out when Porsha revealed that it was Parks who told her that. She denied it and instead claimed that she heard it from someone else.

Ever since the drama went down, Porsha has apologized to Kandi multiple times and kept her distance from the southern belle.

Phaedra Parks said sorry to Porsha for making her look bad but it seems like she’s not sorry for what she did to Kandi at all.

Do you think Kandi is owed an apology? 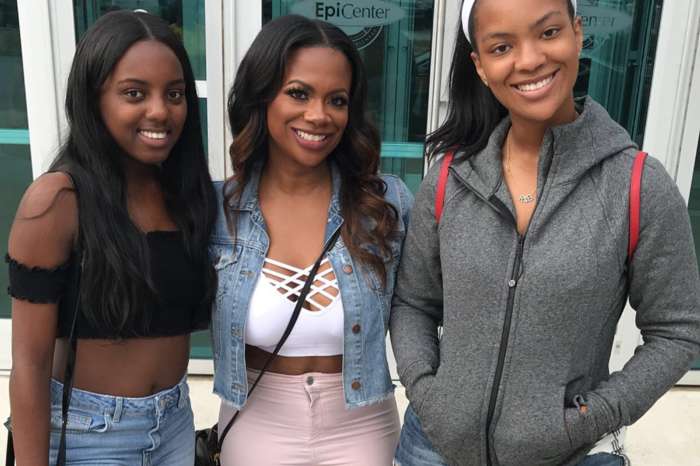 Insider Claims Kylie And Travis Have 'Nothing In Common' - Would Not Be Together If Not For The Baby!