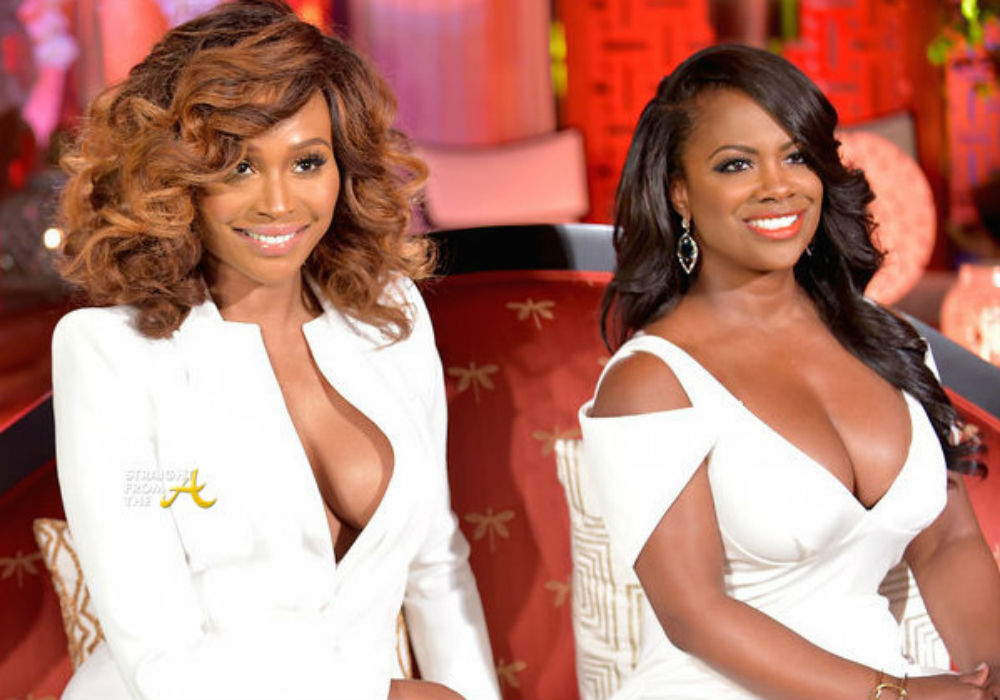 The Real Housewives of Atlanta might be facing a major overhaul after Season 11. As ratings continue to plummet, producers are reportedly thinking about firing Cynthia Bailey and Kandi Burruss and bringing on new talent to spice things up.

“Cynthia is desperate to get engaged to her boyfriend so that she has a storyline,” an insider dished. “They’re on the hunt for new ladies to join the show.”

The source told Radar Online that Bravo is scouring Atlanta for new faces but cannot find women who can stand up against NeNe Leakes and the rest of the cast. Because finding potential cast members is harder than ever, Bravo will have the final say before anyone is fired.

As fans will recall, Bailey and Burruss received substantial pay raises ahead of the current season. Burruss is pulling down $2.2 million while Bailey is sitting at a comfortable $1.75 million.

Although fans enjoy watching Burruss on the show, Bailey is having trouble stirring up drama. Producers reportedly feel like they are paying her too much for what they get and hope to save some money by firing her.

They are also considering letting Burruss go because that would free up cash to bring on new people. Burruss’ popularity might keep her on the show, but it won’t save Bailey from getting the boot.

Caught up with the Tuckers❤️ @kandi @todd167 @itsmikehill #datenight #LA

Apart from Bailey and Burruss, sources claim that Kenya Moore is not returning next season. Moore is expected to appear on the Season 11 finale when she interrupts Bailey’s party, but that does not mean she wants her old post back.

Moore left the show after refusing to allow cameras to film her husband. She also failed to tell producers about her secret wedding, which definitely put her at odds with the crew.

With so many casting changes ahead, producers are hoping to hire women who can create enough drama to boost ratings. If they do not, then the future of the series might be under question.

For now, fans can catch Kandi Burruss and Cynthia Bailey on new episodes of the Real Housewives of Atlanta Sunday nights on Bravo.

No one is watching without Kenya & Phaedra … and even Sheree is missed. Don’t need new ladies. Get rid of this season’s duds and bring back the real stars of the show!… and that isn’t bully Nene

Kandi’s storyline is Porsha. She doesn’t show what’s going on in her household. She’s overpaid and need to go. Cynthia is Boring as HELL. She can go as well. Marlo is dry. She’s not paid much therefore an appearance every now and then to stir the pot is ok. I’m sure there are other messy women in the ATL to add drama to the remaining cast.