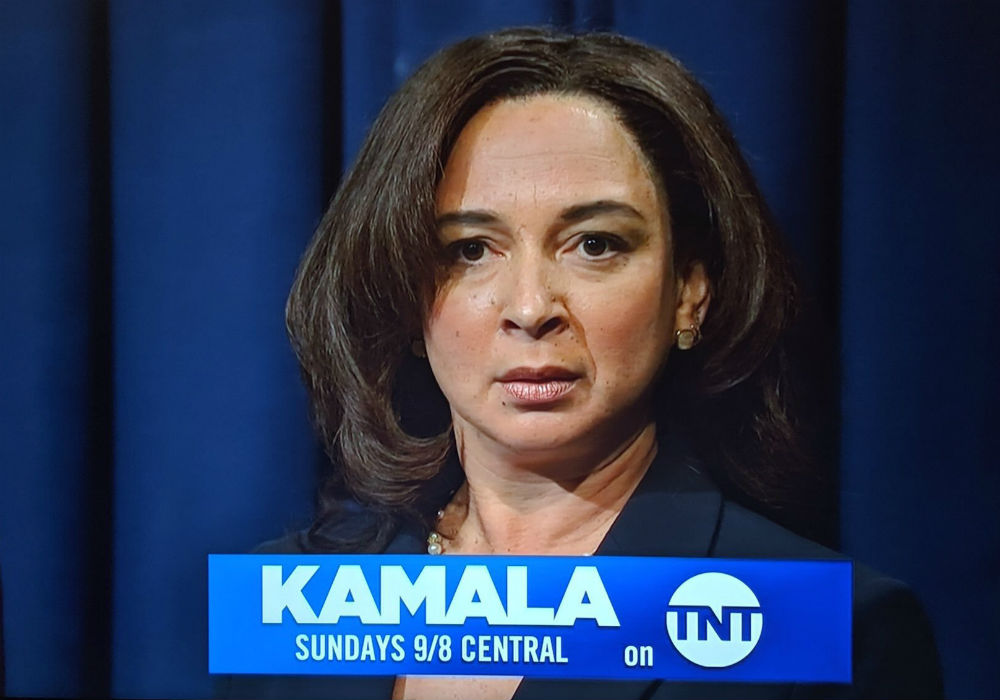 Rudolph’s impression referenced Harris’ viral clip from a Democratic debate this summer where she confronted Biden over his past opposition to federally-mandated busing. During the debate, Harris told Biden that there was a little girl in California who was part of the second class to integrate her public school and who was bused to school every day.

YES SHE WAS SENATOR HARRIS!!! https://t.co/nW9tRdJu6D

“That little girl was me,” said Harris.

This line turned into a de facto slogan for her campaign, and Rudolph was all over it in the skit, telling CNN anchor and debate moderator Erin Burnett, played by Cecily Strong, “Now Erin, that little girl you just introduced, that little girl was me.”

Rudolph, as Harris, introduced herself as America’s fun aunt, or “funt,” who would give you weed, then arrest you for having weed. This was a reference to Harris’ career as the Attorney General of California, where she actively prosecuted nearly 2,000 people for marijuana crimes.

Now, Harris has changed her tune to match public opinion, and she says she supports marijuana legalization and clearing the records of nonviolent marijuana offenders.

Rudolph also called Harris a “walking-talking TNT show” and a “smooth-talking lady lawyer.” And, at one point during the town hall she put on sunglasses and started drinking a frozen cocktail.

After watching Rudolph’s parody, Harris tweeted, “That girl being played by @MayaRudolph on @nbcsnl? That girl was me.”

She also posted a GIF of Rudolph during the sketch saying, “No one is above the law.”

Rudolph – who hadn’t tweeted at all in 2019 – retweeted Harris’ post and added, “YES SHE WAS SENATOR HARRIS!!!” and “YESSSSSSSSSSENATOR!!!

Drew Barrymore Has An Epic Response To Her Show Being Parodied On Saturday Night Live — Watch The Hilarious Skit!