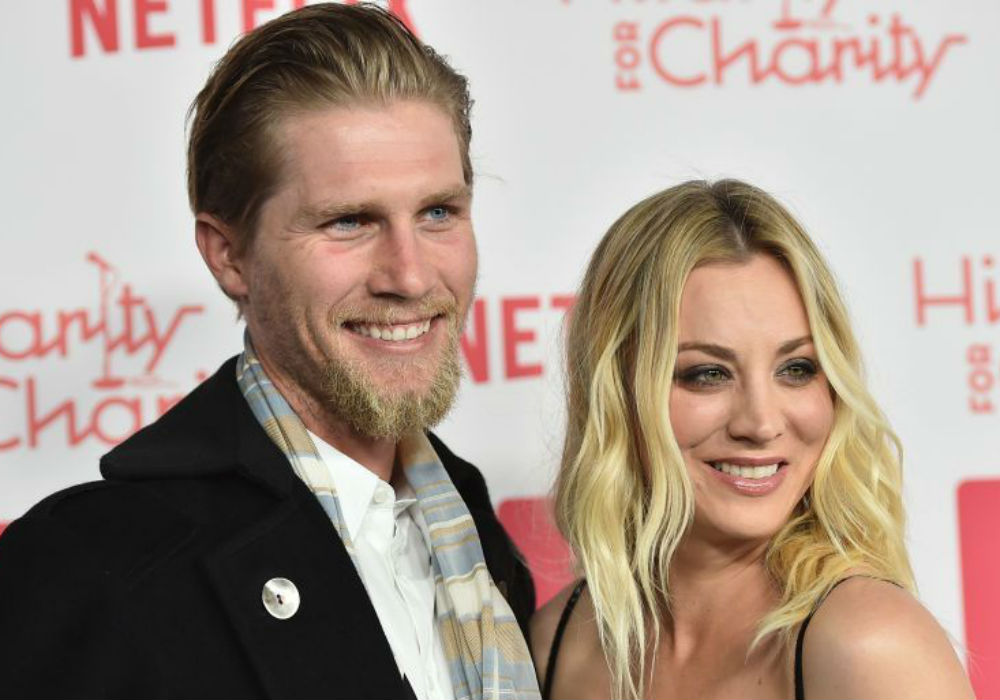 The Big Bang Theory alum Kaley Cuoco has finally moved in with her husband, Karl Cook, after the couple lived apart during their first two years of marriage. The 34-year-old actress posted pics and videos on her Instagram Story to commemorate the long awaited move-in day.

Cuoco started documenting the big move for her 6 million Instagram followers with her flight from New York City to Los Angeles with her sister, Bri. When she made it to her new mansion in Hidden Hills, she gave fans a full tour. Cuoco posted a clip of Cook carrying her into the home before the couple jumped from room to room.

“Carrying me over the threshold for the first time lol,” Cuoco wrote in the caption. “We’re home! We’re home!,” exclaimed the actress before she kissed Cook.

Cuoco also posted a clip that featured Cook making his own version of the Old Fashioned cocktail, which she called “KarlFashioned.” Then the couple shared a toast and clinked their glasses in the living room before going back to the kitchen, where Cook made an “exotic” dinner for himself and his wife.

“What are you making us for dinner,” asked Cuoco, to which Cook replied with a laugh: “Something real exotic…popcorn.”

Cuoco also gave fans a glimpse of her amazing kitchen which featured a giant royal blue and gold stove. She first showed off the appliance to her fans back in January, and she captioned the photo, “My dream,” while she and Cook posed in front of it.

Fans also got to see the modern staircase in the new home, plus the large, open floor plan inside and the spacious backyard.

When she was finally moved in, Cuoco posted a pic on her Instagram feed with Cook that featured him giving her a kiss on the cheek while she smiled. In the caption, Cuoco simply wrote, “Home.”

@mrtankcook thought I was this elated at his return home… nope. It’s our new stove. 💙💛💙💛

While she was traveling across the country, Cuoco did mention the coronavirus pandemic. She was surprised by the lack of panic in the busy airport, and made fun of her sister for obsessing over wiping down every surface on the airplane. Cuoco did wear latex gloves while she traveled, and reminded her fans to wash their hands.

Kaley Cuoco and Karl Cook started dating in 2016 and got engaged one year later. They tied the knot in June 2018, and ever since have been working on building their dream home with plenty of land for their numerous animals, including goats, horses, rabbits, and dogs.

“Everyone was so crazed that we didn’t live together, they couldn’t believe [it]. I didn’t understand it,” Cuoco told Access Hollywood, adding that Cook wouldn’t live in the house without her.

Kaley Cuoco has been busy filming her new HBO Max show The Flight Attendant, which she optioned, executive produces, and stars in.