The two have been spending quite a lot of time together lately, sparking rumors that they may just be dating! Now, the speculations are taking over even more due to the fact that Kaia Gerber was caught on camera wearing a ‘P’ necklace!

Was the letter meant to be for Pete Davidson’s name? 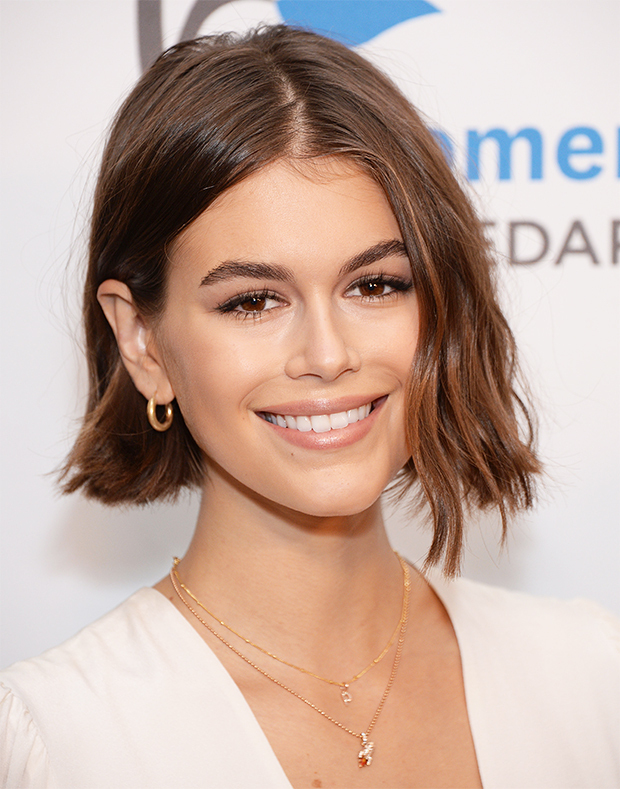 If that is really the case and the young model is wearing the comedian’s initial already, it may just mean that they are pretty serious!

Cindy Crawford’s daughter was in attendance at Women’s Guild Cedars-Sinai Luncheon and she stunned as always while on the red carpet.

But her beauty could not distract from the initial necklace she wore that caused fans to speculate that her time with Pete is really going great.

The golden piece of jewelry being worn comes just as she and the Saturday Night Live star are starting to spend more and more time together.

In other words, given the timing, it’s no wonder people are suspicious.

The stars were previously caught together looking pretty cozy on what seemed to be a dinner date on November 6.

As for the romance rumors, they started a bit earlier, on October 23 when there were reports that Pete was seen leaving her apartment.

Not only that but later in the day, they also met for lunch.

Despite this, other reports say they are just friends so maybe what she was wearing was nothing but a friendship necklace?

Pete previously dated Ariana Grande and after their split, the singer shared with Vogue about their whirlwind romance that ‘My friends were just like, ‘Come! We are gonna have a fun summer.’ And I met Pete, and it was an amazing distraction. It was frivolous, fun, insane and highly unrealistic, and I loved him, and I did not know him. I am just like an infant when it comes to real life and this old soul, been-around-the-block-a-million-times artist. I still do not trust myself with the life stuff.’

Kim Kardashian Check From The Italian Diner Came Off The Waiter