After seeing JWoow looking stunning in a curve hugging dress on the MTV Video Music Awards red carpet, people on social media started speculating that she is expecting! Apparently, they thought she had a baby bump.

In response to the trolls, she and her boyfriend Zack Clayton clapped back, making it very clear that was not the case and that they were being ‘idiots’ for just assuming.

It turns out that Jenni has nothing in the oven aside from some delicious food!

The Jersey Shore star looked great in a yellow dress at the awards show.

She and her wrestler boyfriend, Zack Clayton posed for the flashing cameras on the red carpet and made sure to post pics from the event on their platforms.

Soon after seeing the said snaps, people started demanding for Jenni to confirm or deny she is pregnant and saying it looked like she was showing off a baby bump.

Zack’s caption read: ‘Most beautiful woman in the world My 👑.’ Aww…. 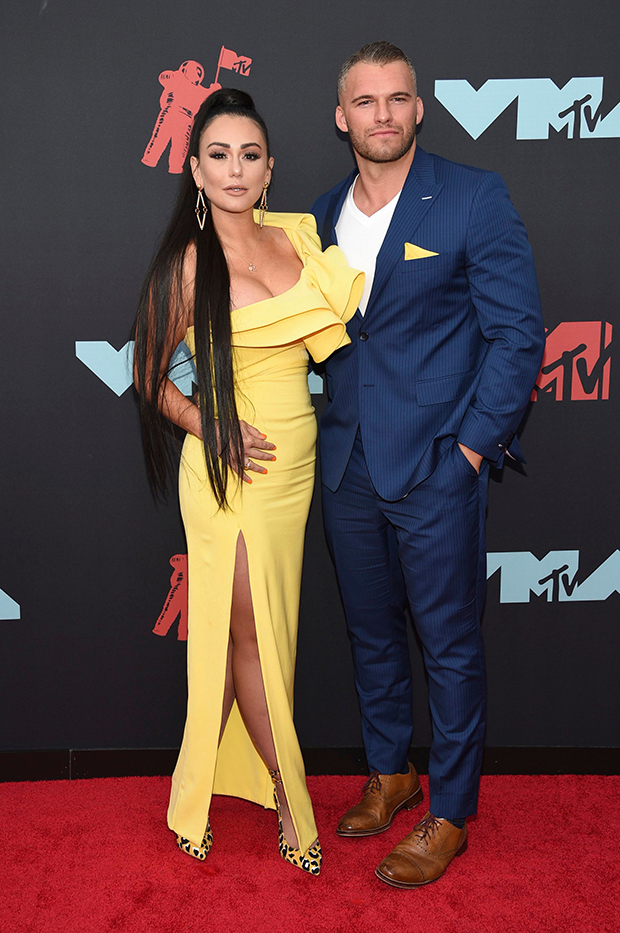 But it did not take long for fans to comment things like: ‘Beautiful 🔥 Is she pregnant?’ causing Zack to set the record straight via his IG Stories.

‘Jenni is NOT pregnant. Stop being idiots,’ he simply wrote.

Later on, JWoww responded to a similar comment on her own platform as well.

‘Hmm sneaky preggas?’ one social media user wrote, a question to which the reality TV star responded with: ‘Nope. Just a burger.’

She went on to thank her stylist and to add: ‘next time I won’t eat ice cream and drink too much wine the weeks prior.’