This week, the actress was bashed on social media for not holding her newborn correctly. Julia Sties shared with her followers a pic that featured herself having the 5-week-old baby strapped in a carrier to her front.

The cute contraption was black with off-white starts all over it and it managed to cover the baby almost completely – including his feet and face!

Yesterday, the mother had a few things to say to all of the haters who criticized her mom skills.

‘It was brought to my attention that I’m not holding my baby correctly in the previous photo,’ she started.

I haven't worn a back pack since middle school. ? Now I have a front pack. #jujube #tulababycarriers

‘I did not expect it. What was supposed to be a shout-out of products I like, suddenly became an invitation to comment on my ability as a mother. That is the internet for you, the carnivorous plant from ‘Little Shop of Horrors,’ I was trying to keep as much of my son’s image private, including, his little feet. And it was just a photo taken at home, not how I normally carry him. Thanks for the concern,’ she wrote, adding that moms always read the safety instructions, so there is no need to worry.

Julia and her hubby Preston J. Cook welcomed the baby (their first child together) on October 20.

The star announced the happy news just last week when she posted a pic featuring the baby’s tiny hand.

A lot of celebs who are also mothers have dealt with mom-shaming on social media before, including Kim Kardashian, Chrissy Teigen, and Emily Blunt, among many others.

The ones mentioned above made sure to address the accusations and defend themselves against the haters.

Do you think Julia Stiles deserved the hate she got for that particular pic or should people mind their own business and let her do her job as a mother the way she knows how to? 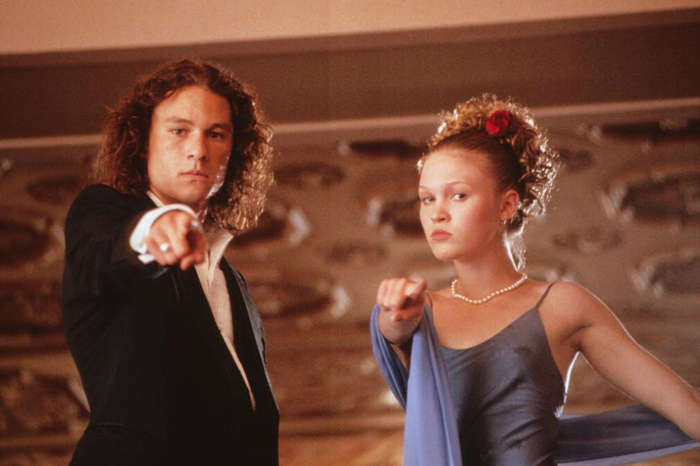 Julia Stiles Is Pregnant With Her First Baby And She’s Not Afraid To Show It!