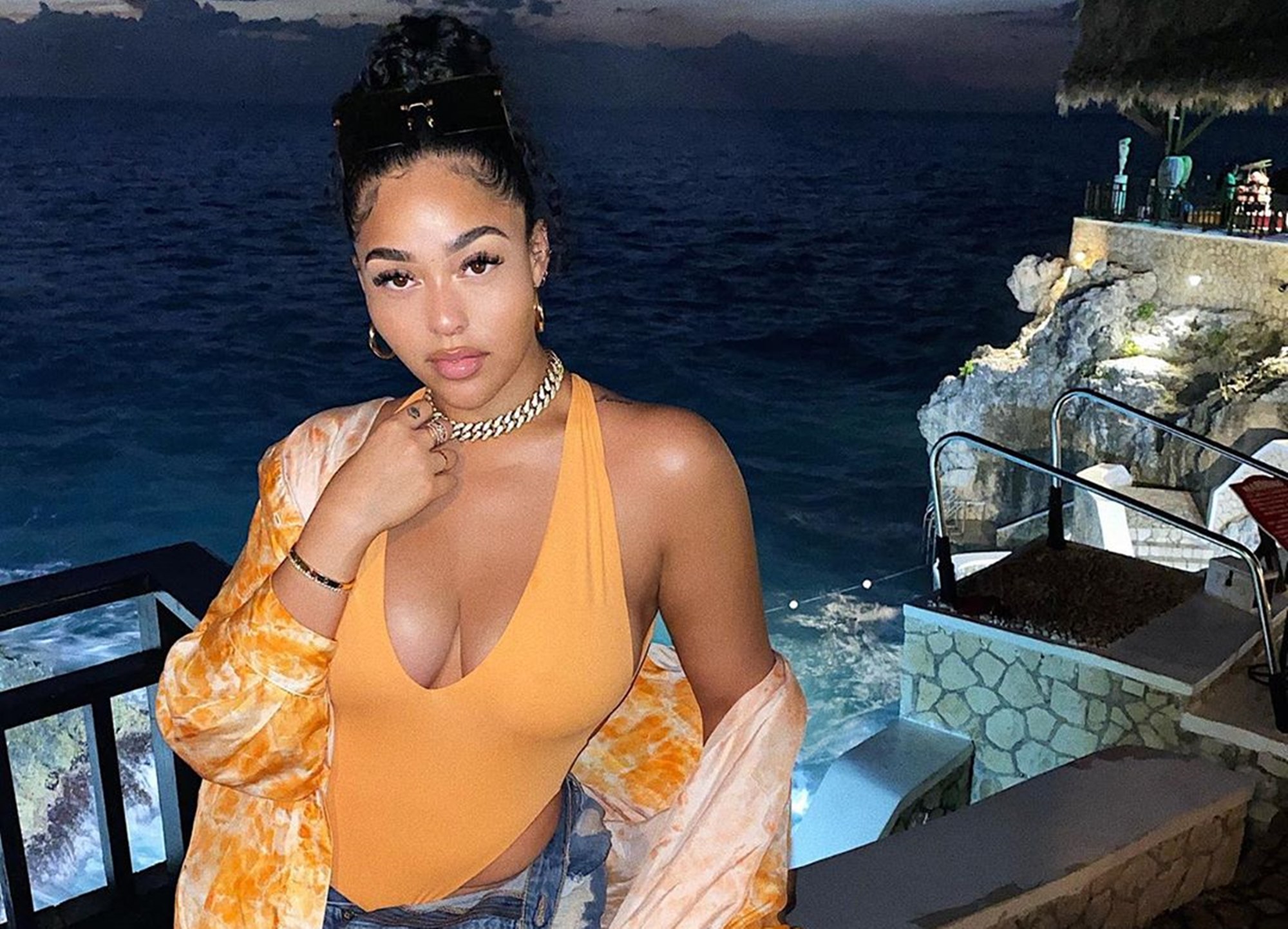 Jordyn Woods stuns in two new selfies that she uploaded to her Instagram page recently, as the 22-year-old model looks fantastic in a one-piece bathing suit with zebra stripes.

The social media star flaunted her curvy figure in the revealing creation, and she uploaded photographs from two angles — one from the front and one from the side.

In the pictures, Woods’s curly hair was tied in a high bun, and she opted for natural makeup on her face.

The Internet personality captioned her post with the words that she is on her way and also mentioned Matte Collection swimwear as the brand of her bathing suit.

Woods has been living her best life with Lori Harvey and social media models Ryan Destiny, Taina W, and Amaya Colon while in Jamaica with Future.

On the way 🖤 bathing suit @mattecollection

Another follower claimed: “Got damn all types of flavors. Can I get a taste ??? Let me give you a ride on my magic carpet and show you a whole new world queen.”

This commenter shared: “Hey, Alexa play “Brown Skin Girls” by Beyoncé 🗣I can’t believe all of you forgot my invite in the mail.”

It appears that Woods is ready to start clean after it has been nearly a year since the cheating scandal with Tristan Thompson broke out.

Back then, it was revealed that Thompson was unfaithful to his girlfriend, Khloe Kardashian, with Woods, even though she and Kardashians were friends at the time.

However, recently the model tried to prove she was not to blame because she underwent a lie detector test to show she was telling the truth.

Meanwhile, Kardashian shared a message on social media explaining why she was not angry with Woods anymore.

In her post, the reality TV star stated that she was allowed to forgive because forgiveness was a strength and not a weakness.

The 35-year-old also wrote that even though she was allowed to forgive, she still was able to protect her space and choose who she wanted in her life and who she did not.

Woods has used the scandal to take her brand to the next level and she will continue to expand in the future.

Jordyn Woods Opens Up About Her Fitness Journey And Reveals Her Favorite ‘Guilty Pleasure’ Snack!