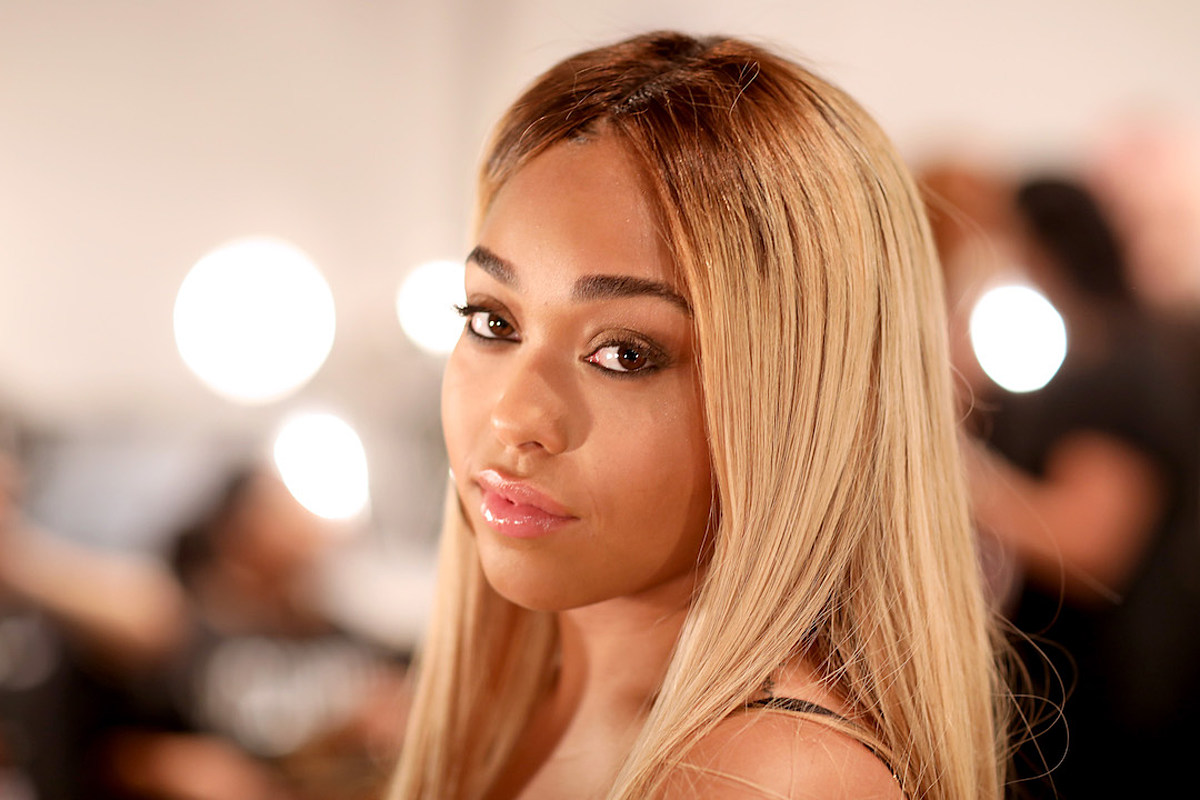 Jordyn Woods wanted to make her fans’ day, and she shared a couple of new pics on her social media account. She’s showing off her best assets, and fans are completely mesmerized with Jordyn’s toned figure. Check out the pics below.

Jordyn’s followers are also prising the fact that she has a natural body, unlike her former BFF, Kylie Jenner, who had a lot of work done, according to some people.

Someone commented: ‘You hooked up the video game 🔥 I will be over to beat you on it,’ and another fan said the following: ‘She is toning up for real 👌🏽.’

Another Instagrammer said: ‘How can you hate on this beautiful woman. She is super fine.’

Someone brought up Jordyn’s former BFF: ‘kylie paid for the body you have naturally.’

Jordyn has been living her best life for a while now. Fans say that since she left the Kardashian clan, she became more and more popular, and she’s making a name for herself.

She’s involved in lots of projects these days, and Jordyn even has her very own fitness line. Fans could not be prouder of her, and they said that leaving the Kardashians in the past was the best thing that could have happened for her career.

People say that since she dropped her friendship with Kylie, she has been flourishing.

She is also collaborating with various hair brands. She recently posted the following message:

playing around with the different colors! my @easilockshair collection is back in stock and so easy to wear! look out for my YouTube tutorial coming out on how I style them 😊😘 send me pictures of you wearing yours!

‘playing around with the different colors! my @easilockshair collection is back in stock and so easy to wear! look out for my YouTube tutorial coming out on how I style them 😊😘 send me pictures of you wearing yours!’ Jordyn captioned her post.

Fans praised her look and also the merch that she promoted once again.

Stassi Schroeder Says She 'Owns' Jax Taylor Since She Got Him On ‘Vanderpump Rules!’