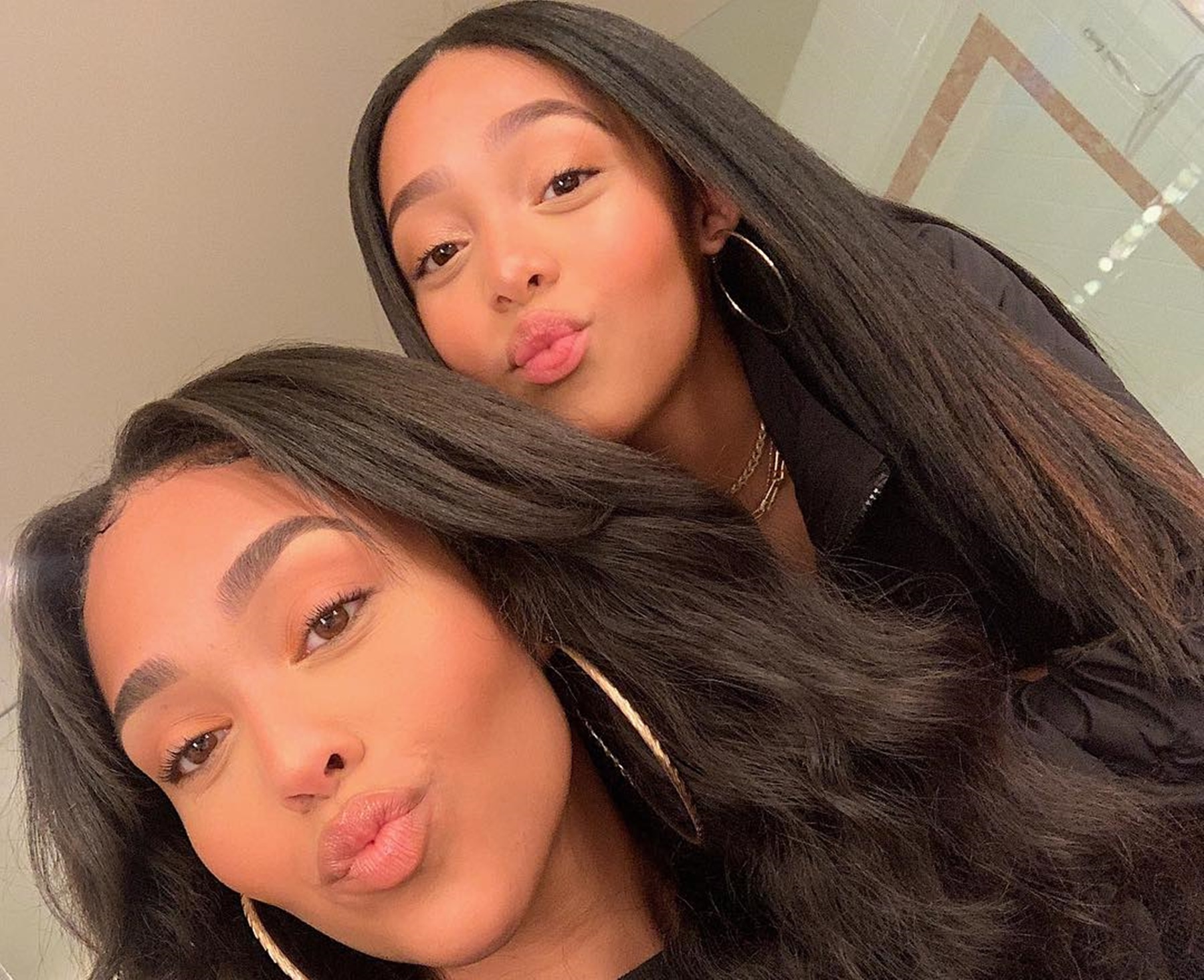 The sisters, who look like twins, decided to debut new hairstyles perfect for the summer and fans are loving the latest looks.

Jodie is wearing gorgeous black braids while Kylie Jenner’s former BFF opted for a wavy new hairdo. Supporters find the duo stunning and cannot understand why they look so much alike.

One person said: “More like Jordan Woods hanging out with Jordan Woods. I would feel slightly annoyed if I spend another 9 months carrying the same damn baby 😂🤣❤️. What the Kardashian’s wished they looked like without all that plastic 😂😂😂😂😂😂 Hot Girl summer 🤸🏾‍♀️ my good sis. 😍😍😍😍😍”

Another commenter wrote: “Both pretty and genes are a crazy thing I would think they are twins like I thought Chloe and Halle were. Y’all keep saying that’s what happens when you have the same parents, but you can still have the same parents and not look alike. Me and my siblings look like one parent…not each other.”

This supporter shared: “It’s amazing how the female body can birth another human with the same face, and they’re actually NOT twins!! Them genes are strong gag💪🏾💪🏾😩For the “stop forcing her on us” comments, do y’all have the same energy towards the Kardashian’s when they’re posted here. Some of y’all still mad over the Tristan incident like he’s not to blame too.”

A fourth follower chimed in with: “It’s scary how much they look alike 😭It’s Jordyn and Jordyn lol they can never fight, and one say “you aren’t my sister” or “that’s why your adopted” like me and my sister 🤣🤣🤣🤣😫Jordyn always been gorgeous😍 idk why after the Kardashian fall out people now realizing.”

It was recently revealed that Jordyn felt disrespected by Khloe Kardashian calling her fat on KUWTK.

A source told Hollywood Life: “Even if the comment was taken out of context, it was still incredibly hurtful to hear Khloe refer to her in that way. Jordyn has enough to deal with, as she’s struggled with body image issues her whole life and has worked really hard on losing weight, working out, and maintaining a great figure. Jordyn feels terrible for everything that went down, but she feels it was a low blow to shame another woman on her body.”

Jordyn is slowly putting all of the dram behind.