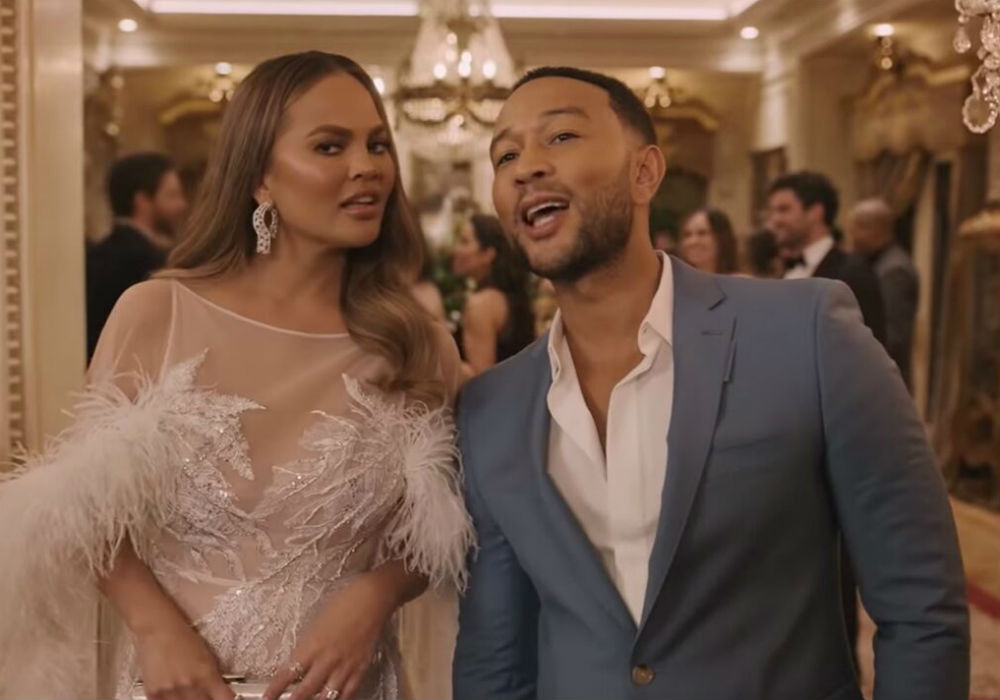 John Legend and Chrissy Teigen are the stars of the new Super Bowl commercial from Genesis, a luxury brand of vehicles from Hyundai. But, the company made some 11th hour changes to the ad before Sunday’s game in the wake of the helicopter crash that killed Los Angeles Lakers legend Kobe Bryant and eight others.

Out of respect for Bryant and the others who lost their lives, Genesis removed a helicopter from the beginning of the commercial.

“Today we re-cut our Super Bowl ad, to remove a stationary helicopter that was in the opening two seconds of the commercial,” a Genesis spokesperson told USA Today. “The ad had been filmed, produced, and delivered well before Sunday’s tragedy, so we took down the spot out of compassion and sensitivity to the families.”

The ad is the first in the brand’s new “Young Luxury” campaign. In the commercial, Legend and Teigen attend an “old luxury” party filled with different stereotypes. At the beginning of the spot, viewers could see a helicopter sitting outside of the mansion where the “old luxury” party is taking place, but it has been re-cut to show a horse-drawn carriage outside of the mansion instead.

Teigen asks Legend why he brought her, and he tells her that it’s time they throw “old luxury” a going away party.

During the soiree, Teigen toasts the different guests at the party and tells them they’ve “had a good run.” She calls out the “guy who thinks his loud suit is a personality” and the “lady who goes to Asia once and suddenly thinks she’s spiritual.” Then, she attempts to introduce everyone to “young luxury” with a big reveal, but Legend’s timing is a little late.

When Legend finally pulls up in the new Genesis GV80 Sport Utility Vehicle, he demands the “magic word” from his wife before he will allow her to get into the car.

Genesis CEO Mark Del Rosso said in a statement that launching their first SUV with the support of John Legend and Chrissy Teigen in their first Super Bowl commercial was the perfect time to introduce their new “Young Luxury” campaign.

He added that Genesis is the youngest luxury automotive brand, so it made sense to act their age and have a little fun.

The 60-second commercial will air during the second quarter of Super Bowl LIV, which airs Sunday on Fox.