Following Joe Perry’s hospitalization over the weekend, the Aerosmith guitarist came out on social media to let all of his fans and followers know that he’s doing alright. Previously, Joe collapsed backstage at a Billy Joel concert on Saturday while at the Madison Square Garden.

On Twitter, Perry thanked his fans for wishing him well and worrying about his health. “Doing well, thanks for all the love and support.” A spokesperson for the 68-year-old guitar player said Mr. Perry had been wheeled out of Madison Square Garden due to breathing problems.

Paramedics had to supply the rock star with oxygen as well as a tracheal tube to open up his breathing passages before finally escorting him out of the venue and into the hospital.

Doing well, thanks for all the love and support!

TMZ reported that Perry had been experiencing breathing problems for several weeks, all coming from lung congestion. It all came to the forefront this past weekend.

Unfortunately, Joe had to cancel a performance in Florida which was scheduled for the following day. On the night of Joel’s concert, Billy uploaded a photo of he and Joe backstage.

He wrote in the caption, “tonight’s special guest is Joe Perry!” As it was previously mentioned, Joe and Joel both came to prominence around the same time in the music industry, between the late 1970’s and the early to late 1980’s.

Aerosmith performed classics like “Walk This Way,” “Sweet Emotion,” and “Don’t Wanna Miss A Thing.” Billy, on the other hand, is known for hit songs like “Uptown Girl.”

Interestingly, Aerosmith went unnoticed as a band when they first released their debut album in 1973. At the time, critics compared them derisively to the New York Dolls and the Rolling Stones. 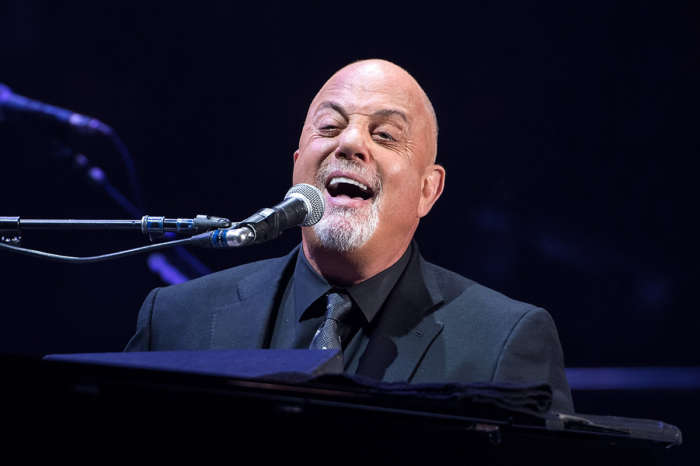 Prince Louis Shows The Cutest Smile In Portrait With The Entire Royal Family - Check It Out!