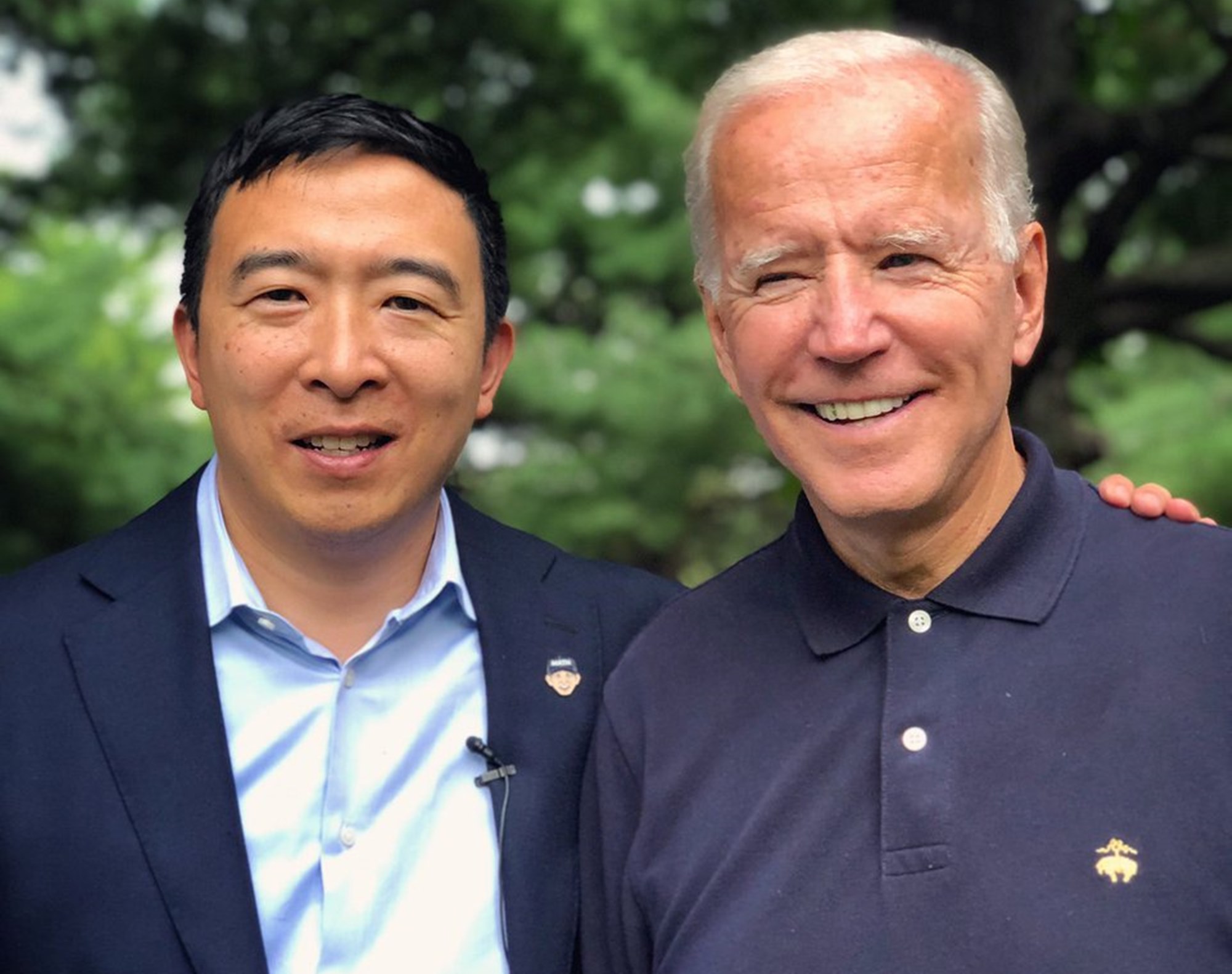 Joe Biden had a great night where he won almost all of the states he competed against Bernie Sanders and landed the endorsement of Andrew Yang.

The math lover and former 2020 candidate, who is a commentator on CNN, announced that he was backing the former vice president while talking about the election results.

Yang stated: “I believe that Joe Biden will be the Democratic nominee, and I’ve said I was always going to support whoever the nominee is. I hereby am endorsing Joe Bien to be not just the nominee of Democratic party, but for the next president of the United States.”

The CNN commentator explained: “The math says Joe is our prohibitive nominee. We need to bring the party together. We need to start working on defeating Donald Trump in the fall.”

When President Obama awarded me the Medal of Freedom, he said he was awarding it: "for your faith in your fellow Americans, for your love of country, and for your lifetime of service that will endure through the generations." A president who awards the Medal of Freedom to Rush Limbaugh — with one of the heroes from the Tuskegee Air Men sitting just seats away from him — doesn't deserve to hold the office. Only Donald Trump could debase our nation's highest civilian honor and turn it into a partisan political prop.

Only one way to end a night like this.

Biden has been declared the winner of Michigan, Missouri, Mississippi, and Idaho. The results in Washington state and North Dakota have not been revealed as yet.

From the moment @amyklobuchar announced her campaign, it wasn’t hard to see she had the grit and determination to do anything she sets her mind to. Her campaign was all about what we could get done. How to make America better every day in simple, straightforward ways. Welcome to the team, Senator Klobuchar. I’m grateful beyond words to have your endorsement.

Biden gave a speech while in Philadelphia: “I want to thank Bernie Sanders and his supporters for their tireless energy and their passion. We share a common goal, and together we’ll defeat Donald Trump.”

He added: “Winning means uniting America, not sowing more division and anger. It means having a president who not only knows how to fight but knows how to heal.”

Grateful beyond words to have @pete.buttigieg’s endorsement. A guy of enormous integrity. Someone who has as much moral courage as he has physical courage. Welcome to the team, Mayor Pete.

Sanders did not address supporters after the significant losses.

One voter said: “Thank Andrew Yang for the endorsement, please!”

@kamalaharris has spent her whole life fighting for those who have been written off and left behind. I am lucky and grateful to have her by my side. Together, we’re going to make Donald Trump a one-term President.

This person had this reaction: “I was a former Democrat for over ten years, now an Independent voter. I just want someone who will bring us all together again🇺🇸I think Biden could do this.”

The Republican stated: “As a Republican: Joe Biden would make 100 times a better president than the useless, incompetent tool that is Trump. Joe Biden is a huge improvement. #VoteBlueNoMatterWho #CountryAboveParty. #EnoughIsEnough. Send them all a message: Vote blue down the entire ballot, and I say that as a Republican, unlike the rest of my traitorous, radical-loving party. #StillImpeached 🍑 Take back the country. 🌊🌊🌊🌊”

Biden is on a path to win the Democratic nomination for president.

Cynthia Bailey Offers Her Thoughts After Watching The Presidential Debate