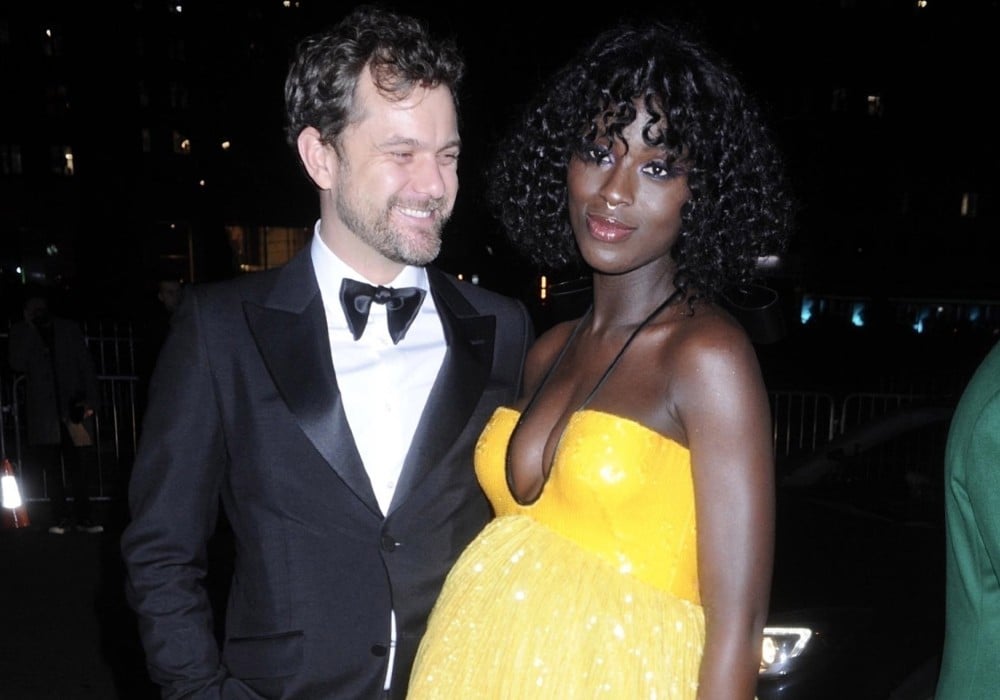 Queen & Slim star Jodie Turner-Smith is just days – maybe even hours – away from giving birth to her first child with husband, Joshua Jackson. As she prepares to welcome her daughter to the world, Turner-Smith is taking it easy and grabbing some sunshine while showing off her growing belly on Instagram.

The 33-year-old made it clear that she and her husband were practicing social distancing during the COVID-19 pandemic, and in the pic she appeared to be relaxing in their backyard by the pool. All fans could see was Turner-Smith’s bare belly and legs while she reclined in a wicker lounger.

i cannot let this night pass without sending up a massive thank you to the fabulous @alessandro_michele for designing this extraordinary @gucci gown for us to wear to tonight’s #eebaftas!!! i’ve never felt more beautiful, i will never ever forget this moment, and i look forward to showing this to my baby angel years from now 🥰 grazie mille, alessandro and the entire @gucci team 💛💛💛 swipe to see the very necessary post-bafta shoe change situation 😸 #ThisIsUs #DidSomeoneSayMaternityWear? #HoldMyBeer #BAFTA #BAFTAs

The mom-to-be also shared a video of blue skies and palm trees rustling in the breeze as Roy Ayers’ Everybody Loves Sunshine played in the background.

“Have a beautiful day from wherever you are practicing social distancing,” Turner-Smith wrote on the video clip. She then added a message on her Instagram story begging her fans to avoid crowded beaches & hiking trails.

On March 12th, Jackson gave an interview to Access to promote his new Hulu series Little Fires Everywhere which premiered this month. On that day he revealed that his daughter was due in “19 days,” which would make Turner-Smith’s due date March 31st.

The Dawson’s Creek alum also shared that he was by his wife’s side when they found out they were pregnant.

“Mother Nature kind of told us. We found out together,” Jackson explained. “We kind of had an inkling, [because] cycles change.”

The 41-year-old said that finding out he was going to be a dad was “the most joyous moment” of his life. He said that Turner-Smith was working out of town when he asked her to hold off on taking the test because he wanted to do it together.

Well I guess I know what I’m doing this evening. Surprise drop(even to me!) of @littlefireshulu today. Happy St. Paddies. I hope this show can give a little emotional and mental relief for everyone out there as we grapple with the anxiety of all the unknowns right now. Remember, no matter how tense your house is right now, it’s still better than dinner w/ the Richardson’s !!

Turner-Smith and Jackson have kept their relationship extremely private since they were first spotted together in late 2018. The couple were spotted in August 2019 at a Beverly Hills courthouse to get a marriage license, but they have never confirmed that they are legally husband and wife.

However, the couple has started to open up more in recent weeks about the pregnancy, making it clear that both Jodie Turner-Smith and Joshua Jackson are excited to become parents. Turner-Smith revealed that they were expecting a baby girl earlier this month on Instagram, but Jackson says he knew before their doctors revealed the gender.

“My family doesn’t really have boys, so I knew,” said Jackson, claiming that his extended family was “85 to 90 percent female.”

The first three episodes of Little Fires Everywhere are currently available on Hulu, with new episodes released every Wednesday.

If you want to have a boy – raise your legs up in the air. Preferably your pelvis. For as long as you can. Male sperm swim slower then female….. trust me. I have 2 sons.