Reportedly, the former star of Full House, Jodie Sweetin, must pay her ex-husband, Morty Coyle, $2,800 each month in child support following their divorce.

According to the documents obtained by Us Weekly, a Superior Court judge in LA ordered the 35-year-old star to pay child support for the couple’s daughter, Beatrix, until she turns 18-years-old.

However, Jodie will be relieved from her child support-duties if the child dies or is legally emancipated.

The documents claim Sweetin must pay half of the money upfront, and the other half at the end of the month. Sweetin will fork over $1,400 at the first of each month, and $1,400 on the 15th.

Additionally, the court ordered Sweetin to backpay Coyle through September 1st in two installments, on the 1st of February and the 1st of March, 2018.

It wasn’t always this bad for the couple. The pair got married during a private ceremony in Beverly Hills back in March of 2012.

At the time of the event, a source close to the couple said “Jodie looked so beautiful and happy during the wedding. They’re both excited to start the next chapter in their lives.”

Unfortunately, she filed for legal separation in June of the following year – 2013.

After three years of working it out in the court system, their separation was concluded by August of 2016. As you may know, Jodie married Shaun Holguin from 2002 until 2006 as well as Cody Herpin for three years: 2007 until 2010.

They granted me ACCESS! So excited to share the stage this morning with @candacecbure & @andreabarber on #AccessHollywoodLive and check out how my red ? shoes popped ? on @edailypop this morning too! ?

Sweetin has had relationship problems before. Fans of the actress will remember when she filed a restraining order against Justin Hodak. The authorities arrested Justin three times within nine days.

In May, the court sentenced Hodak to six years in prison after pleading “no contest” to carrying a deadly weapon, falsifying evidence, and threatening a witness. Jodie surely knows how to pick them! 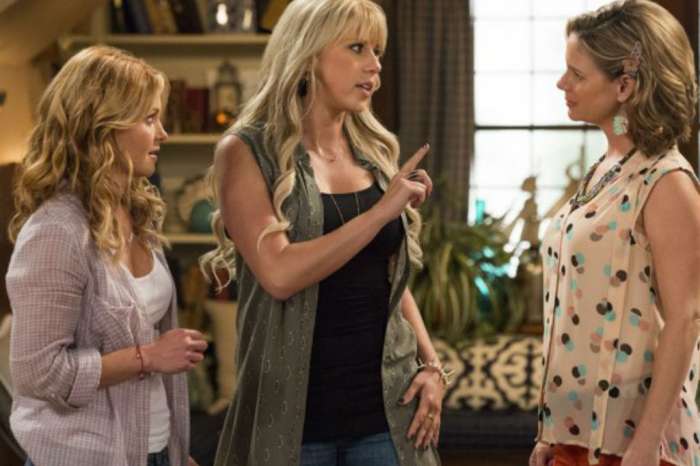 Catt Sadler Responds To Supportive Comments From Olivia Munn And Others