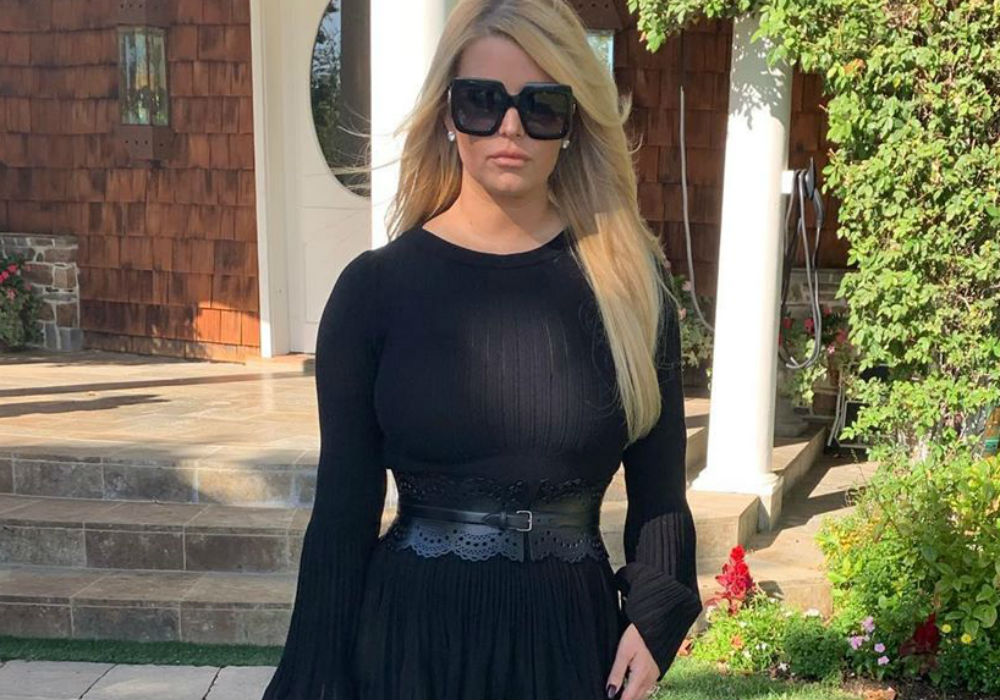 Jessica Simpson shocked fans last month when she revealed that she had lost 100 pounds in just six months after giving birth to her third child, Birdie Mae, on March 19th. And now, her personal trainer Harley Pasternak is spilling all of Simpson’s weight loss secrets.

Speaking to Us Weekly, Pasternak revealed that Simpson “put the work in” and she had an amazing attitude and never complained. The trainer says that he wishes all of his clients had the same attitude as Simpson.

“Jessica is a client of ours, and we have been responsible for her nutrition and fitness program that resulted in her weight loss,” said Pasternak, who has also worked with Keeping Up With the Kardashians star, Khloe Kardashian.

Usually, Pasternak advises his clients to get in at least 10,000 steps per day, but Simpson was reportedly hitting 14,000 steps on a daily basis and she was working out “at least four times a week.”

Pasternak says that after they got clearance from Simpson’s doctors, she started doing simple resistance circuits and she focused on “toning her legs with moves like squats and skater lunges.”

Of course, weight loss has more to do with diet than exercise, and insiders say that Simpson hired a personal chef to make all of her meals. However, the singer makes the decisions on what to eat. Obviously, she was keeping a caloric deficit and hitting her proper macros regularly to achieve such incredible results.

Simpson – who has been working with Pasternak for more than a decade – recently revealed that she has worked very hard since giving birth, and almost everything she eats is made with cauliflower.

The 39-year-old admits that she didn’t think she would gain as much weight as she did during her third pregnancy, but she ended up weighing in at 240 pounds before giving birth.

“When you’re pregnant, I gain a lot, I mean, a lot. I didn’t expect to gain as much with my third. I thought I’d learned my lesson, but apparently that’s just the way God made me, very hungry and pregnant,” said Simpson.

The I Think I’m In Love With You singer says that she was determined to feel good after giving birth, and she says that getting her steps in each day not only helped her shed the weight, but helped her clear her head and get focused.

Jessica Simpson and her husband, Eric Johnson, are the parents of three kids: Maxwell, 7, Ace, 6, and Birdie Mae, 6 months.