Jesse Williams, most known for his role on the popular medical drama Grey’s Anatomy, made all his fans swoon with his latest post! The actor took to his go-to platform of Instagram to post a new pic in which, not only was he shirtless but, he was also rocking what looks like some new ink!

Williams had his back turned to the camera so that his massive angel wings tattoo could be seen and it is safe to say that they look awesome and suit him very well.

This comes only a couple of weeks after Jesse Williams also debuted a brand new hairstyle!

In the caption of the grainy tattoo pic, the Grey’s Anatomy actor simply wrote: ‘roulette.’

At this point in time, Jesse has not confirmed whether the ink is real or just for a role but, either way, his followers took to the comment section to gush over it, making it very clear that they loved it!

‘DAMN!!!’ another exclaimed, obviously positively impressed by the new ink.

As mentioned before, Jesse Williams also took his fans by surprise last month when he debuted his crazy new hair color!

The actor dyed his short hair blue and was quick to show off the dramatic makeover.

Fans were just as impressed by the hair as they are now by the tattoo, flooding his comment section with compliments over his vibrant blue buzzcut.

In other words, thousands left heart and fire emojis and more under his pic.

His girlfriend, Hit the Floor’s Taylour Paige, on the other hand, chose to tease him in the comment section, seemingly amused by the bold makeover.

‘Oh here you go,’ she wrote under the post. 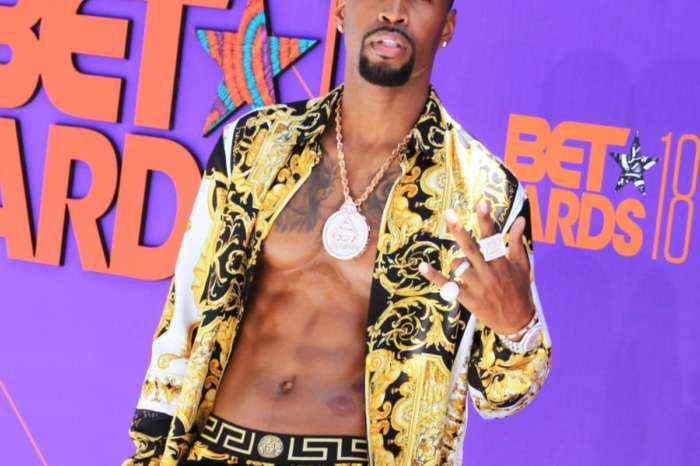 Safaree Asks Fans For Help - See What He Needs