Jersey Shore: Family Vacation star Mike “The Situation” Sorrentino is preparing to wed his fiancée Lauren Pesce. But, with his fraud sentencing approaching, is it possible their wedding could take place behind bars?

Sorrentino and Pesce are planning an early November wedding, but his sentencing is scheduled for October 2nd in Newark, New Jersey. So, how will they make this work? According to Sorrentino’s lawyer, Henry Klingeman, Sorrentino will have a little bit of time between his sentencing and actually going to prison.

“Ordinarily in federal court, a defendant is given a period of time (30 to 60 days) to surrender voluntarily to begin a prison sentence after the sentence is imposed,” said Kingeman.

Living my best Life & teaching others how to do the same ?Sharing my experience Strength & hope to people in recovery & seeking recovery. We do Recover [email protected]_nj

An insider says that Sorrentino and Pesce will figure out the logistics ahead of time, and there will not be a wedding in prison.

A Federal Grand Jury indicted Sorrentino and his brother, Marc, back in September 2014 after they failed to pay taxes on $8.9 million of income. Accusations included filing false tax returns with the IRS in relation to Sorrentino’s businesses, plus charges of tax evasion and structuring funds to evade currency-transaction reports. They also charged Marc with falsifying records to obstruct a grand jury investigation.

After Sorrentino pled guilty, he proposed to Pesce in April. Last month, he said that the wedding planning “is going fantastic,” but admitted he didn’t know much about it. However, he does know that a happy wife is a happy life, so he is going to try to get her whatever she wants.

It isn’t clear how the rest of the Jersey Shore cast will be involved in the wedding, but we do know that Pauly D — AKA Paul DelVecchio — is going to DJ the wedding as a gift to the couple.

Mike Sorrentino has not yet revealed the location of his bachelor party, but Pauly D has some ideas if MTV picks up Family Vacation for a third season. He says he would like to go somewhere they haven’t been before, like Greece, so that they could stop by Lindsay Lohan’s club in Mykonos, Lohan Beach House.

“We could pop by the club, Lindsay’s new spot,” said Pauly D. 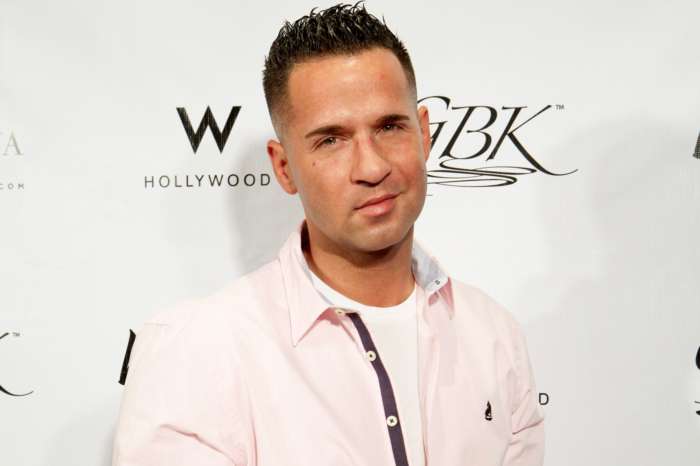