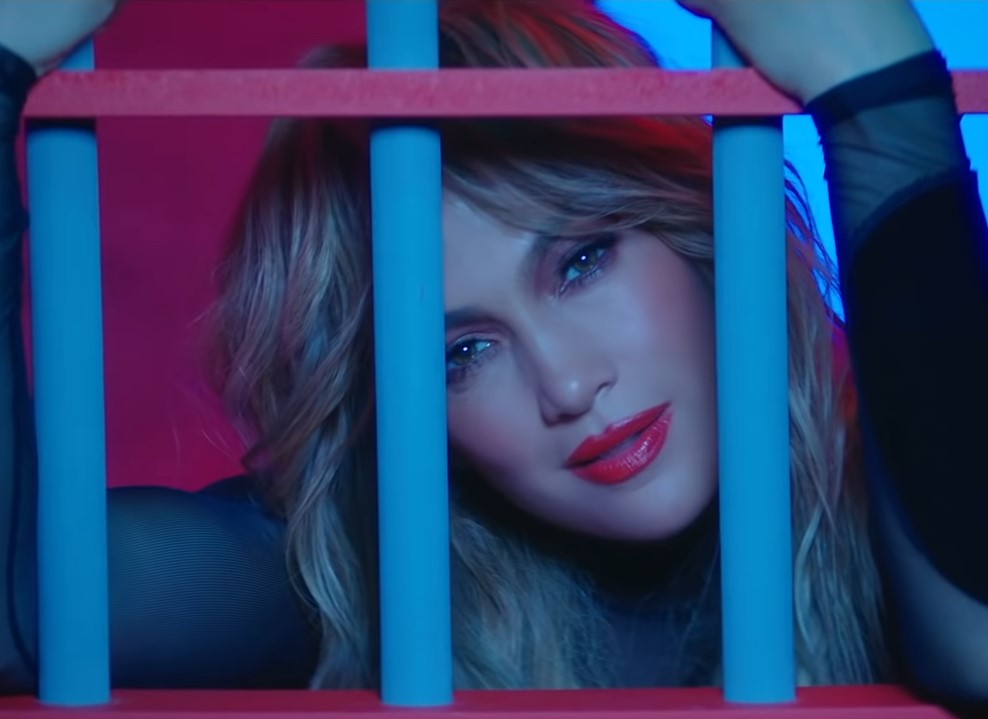 When the video director asked Jennifer Lopez and Maluma how hot they wanted to look in the video, the answer was probably “FIRE”! That’s because the two singers are looking hotter than ever in the two-song collab ‘Pa’ Ti + Lonely.’

The songs “Pa Ti + Lonely” were an entire movie, lasting for nearly 9 minutes and the scenes are hotter than we would have imagined. J.Lo, 51, and Maluma, 26, released the video of their two songs last night on September 24, and the fans went crazy!

The story in the “Pa Ti + Lonely” video follows a billionaire (J.Lo), who was under investigation. Her driver, who also becomes her lover (Maluma), is actually an FBI agent that was undercover. By the end of the first song, J.Lo is arrested, and she learns she had been betrayed.

The video is filled with hot scenes between the two lovers, J.Lo parading in sexy outfits. The pop star wears a classy suit at the office only to reveal her toned body as she starts dancing in the office. Then, we get to see her toned abs in a hot scene during the night, where she teases and almost kisses Maluma.

As the scenes begin and transition to the next song, we see J.Lo behind the bars, wearing a black bodysuit and performs a chair tease dance. It’s safe to say the scenes are jaw-dropping. The fans, of course, have pointed out the singer is definitely a vampire since she hasn’t aged a bit! Here is the video:

Back on August 9, Jennifer Lopez revealed she had been shooting the video: “I’ve been shooting a video for the past two days and I should be sleeping right now. But excited to get back to the set, a lot of adrenaline, can’t sleep.”

We will see more of Maluma and J.Lo in “Marry Me,” a musical rom-com where stars like Owen Wilson, Sarah Silverman, Chloe Coleman, and John Bradley will also be featured. The movie is based on Bobby Crosby’s webcomic with the same name.